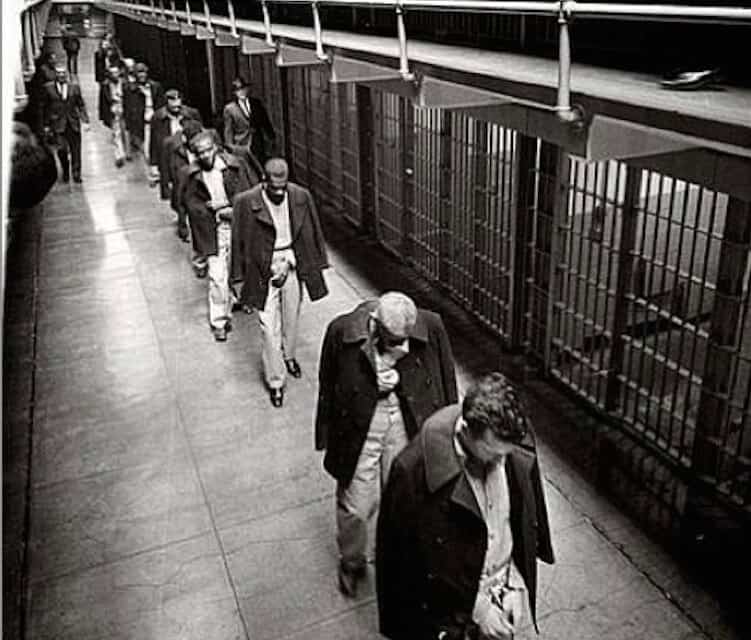 There are few moments that define American history than the completion of the Transcontinental Railroad. Just as it opened the markets of the west coast and Asia to the east, it brought products of eastern industry to the growing populace beyond the Mississippi. The railroad ensured a production boom, as industry mined the vast resources of the middle and western continent for use in production. While this was a landmark moment for the US, that does not mean that it came without its major issues.

Railroads began to undercut native independence before a single mile of track had been laid. Especially with the discovery of gold in California, the federal government felt a powerful need to bridge the distances between the bulk of the nation’s people east of the Missouri River and the rising populations on the Pacific Coast. Railroads had more obvious calamitous effects on western Indians. By tapping into the interior, the railroads brought settlement to vast sections of the West that would likely have remained far less affected without them.

Buffalo were slow-grazing, four-legged bank rolls. And for a while, there were plenty. Then in 1873, an economic depression hit the country, and what easier way was there to make money than to chase down these ungainly beasts? Thousands of buffalo runners came, sometimes averaging 50 bison a day. They sliced their humps, skinned off the hides, tore out their tongues, and left the rest on the prairies to rot. They slaughtered so many buffalo that it flooded the market and the price dropped, which meant they had to hunt more.

Rail connections to the Great Plains proved especially devastating. After acquiring horses, Indians there had become heavily dependent on the plains bison for food, shelter, clothing, trade, and much more. In 1872 it was found that bison hides could be processed into commercial leather, and white hide-hunters immediately set out to meet that demand. Within a decade they had driven millions of animals to the verge of extinction. The slaughter would have been unlikely, probably impossible, had railroads not provided the means to ship the hides and bones off to eastern factories. In one year near the end of the carnage, 1881-1882, the Northern Pacific shipped 2,250 tons of hides from the northern plains. Once the herds were gone, plains Indians had no true option but to turn to reservations and dependence on federal support. In effect, the life blood of a people had bled away through the rail lines.

A Semi-Photograph of Tesla in his Lab

According to the Nikola Tesla Museum, ” Among Tesla’s legacy, there is a total of 976 photographic prints which show Tesla’s inventions and laboratories. Apart from these photographs, which were Tesla’s own documentation, there is a large number of photographs showing Tesla himself or his relatives, friends and admirers. There is also a small number of photographs about whose subjects no information has yet been found. Some motifs appear repeatedly in many photographs, and the oldest dated photographs come from Tesla’s schooldays – the late 1870s. It is possible that some photographs are even older but there is no verifiable data on this. The last photograph kept by Tesla was taken in 1942.

A Sad Homage to the Great Depression

The Great Depression was the worst economic downturn in the history of the industrialized world, lasting from the stock market crash of 1929 to 1939. During this time, millions upon millions of Americans struggled to find work. A labor market analysis of the Great Depression finds that many workers were unemployed for much longer than one year. Of those fortunate to have jobs, many experienced cutbacks in hours (i.e., involuntary part-time employment). Men typically were more adversely affected than women. This was especially true for older and black men at a time when age- and race-based job discrimination were not unlawful and when occupational shifts in labor demand were operating against them. Higher-skilled workers fared better than lower-skilled workers. Those who toiled on farms and in factories were displaced in very large numbers. States whose economies were dependent on agriculture and manufacturing reported high unemployment rates.

In 1933, at the depth of the Depression, one in four workers was unemployed. The number of jobs on nonfarm payrolls fell 24.3% between 1929 and 1933. In the middle part of the US, when the depression occurred during the drought season, farmers quickly lost their lands and many became migrant workers. They travel around the country, hoping to find work for all members of the family in exchange for a meal or a place to sleep. One of the first actions taken by Franklin Roosevelt when he became President of the United States in 1933 was to declare a bank holiday that lasted from March 6-13, 1933. His administration was also responsible for introducing legislation to insure banks. Additionally, Roosevelt’s government was responsible for passing laws to give mortgage relief to farmers and people who owned homes. As a result, government loan guarantees became available to new homeowners and millions of people were given government assistance.

Dagen H (H day), usually called “Högertrafikomläggningen” – try saying that three times fast – became a very confusing day for the people of Sweden. To put “Högertrafikomläggningen” into terms that non-Swedish speakers can understand, it means ’the right-hand traffic reorganization’. On this particular day, September 3, 1967, in which the traffic in Sweden switched from driving on the left-hand side of the road to the right. The “H” stands for “Högertrafik“, the Swedish word for “right traffic”. It was by far the largest logistical event in Sweden’s history. But why the sudden change? Most of Europe also drives on the left side of the road, so it’s strange that a European country would go against the grain.

Experts suggested that changing to driving on the right reduced accidents while overtaking, as people already drove left-hand drive vehicles, thereby having a better view of the road ahead; additionally, the change made a marked surge in perceived risk that exceeded the target level and thus was followed by very cautious behavior that caused a major decrease in road fatalities. Indeed, fatal car-to-car and car-to-pedestrian accidents dropped sharply as a result, and the number of motor insurance claims went down by 40%. These initial improvements did not last, however. The number of motor insurance claims returned to “normal” over the next six weeks and, by 1969, the accident rates were back to the levels seen before the change. To further confuse things, not all modes of transportation in Sweden changed which side they operate on. Although all road traffic in Sweden became right-handed, metro and railways did not switch to new rules and continued to drive on the left, with the exception of tram systems.

Wilbur Wright Flies Around the Statue of Liberty

Two of the greatest American icons captured in one photo? This is historical gold. The Statue of Liberty stands in the background of this amazing photo – and Wilbur Wright flies his airplane nearby. Does it get more American than that? (Only if you add a Big Mac from McDonald’s probably…) The Wright Brothers went down in history for their success in being the “first in flight”. On December 17, 1903, Wilbur and Orville Wright made four brief flights at Kitty Hawk with their first powered aircraft. The Wright brothers had invented the first successful airplane.

While the Wright brothers were negotiating the sale of their aircraft, they let no one witness a flight or even see the airplane until they had a signed contract in hand. By the spring of 1908, the Wright brothers’ had received their patent in America and in several European countries. They had contracts with the U.S. government and a French syndicate of financiers. They were finally ready to share their invention with the world. There was little press coverage of the Wrights’ breakthrough flights in 1903, and they made no effort to publicize their flights at Huffman Prairie in 1904 and 1905. The Wright brothers’ extraordinary success led to contracts in both Europe and the United States, and they soon became wealthy business owners. They began building a grand family home in Dayton, Ohio, where they had spent much of their childhood. So it makes sense that a year later, in 1909, Wilbur Wright would make a very public spectacle of their flying machine.

The Filming of the Iconic MGM Lion

We all recognize the iconic lion roaring proudly in frame before major motion pictures. Leo the Lion has been the most regular star of MGM Pictures since it was founded on this day in 1924, and his roar is probably the sound most commonly associated with the studio. It’s one of the noises most reminiscent of the Golden Age of Hollywood when Metro-Goldwyn-Mayer (generally known as MGM) was one of the biggest studios around. What better symbol than a lion? But the first MGM lion was actually named Slats, not Leo, and he didn’t roar once in the “bumper“-the technical term for the little clip that’s like a moving logo for each studio involved with a film. With the sang froid that befits movie royalty, Slats just looked around.

The lion’s name was Slats. He made his first appearance pre-sound. He was born at the Dublin Zoo and had previously appeared in the Goldwyn Pictures Corporation bumper, writes Matt Soniak for Mental Floss: “Designer Howard Dietz chose the lion as a mascot as a tribute to his alma mater Columbia University and its athletic team, The Lions,” he writes. Volney Phifer, who was MGM’s choice animal wrangler, trained Slats. “The two became close, and when Slats died in 1936, Phifer had the body sent to his farm and buried it there, marking the grave with a granite slab and a pine tree to ‘hold down the lion’s spirit,'” Soniak writes. After Slats came Jackie, who Phifer also trained. Jackie’s roar, which appeared in movies between MGM’s first sound feature in 1928 (White Shadows in the South Seas) and 1956, was captured via gramophone. Jackie was also the first lion to appear in Technicolor, opening The Wizard of Oz. Several other lions have appeared in the MGM logo, according to Soniak: Tanner and George, followed by Leo, who has appeared in MGM’s logo from 1957 to today. In the 1980s, MGM trademarked the familiar lion’s roar, although that “sound mark” is now expired.

Insider – Hillary and Bill Clinton have been together for nearly 50 years. Here’s a timeline of their relationship.

Office of the Historian – A Guide to the United States’ History of Recognition, Diplomatic, and Consular Relations, by Country, since 1776: East Germany