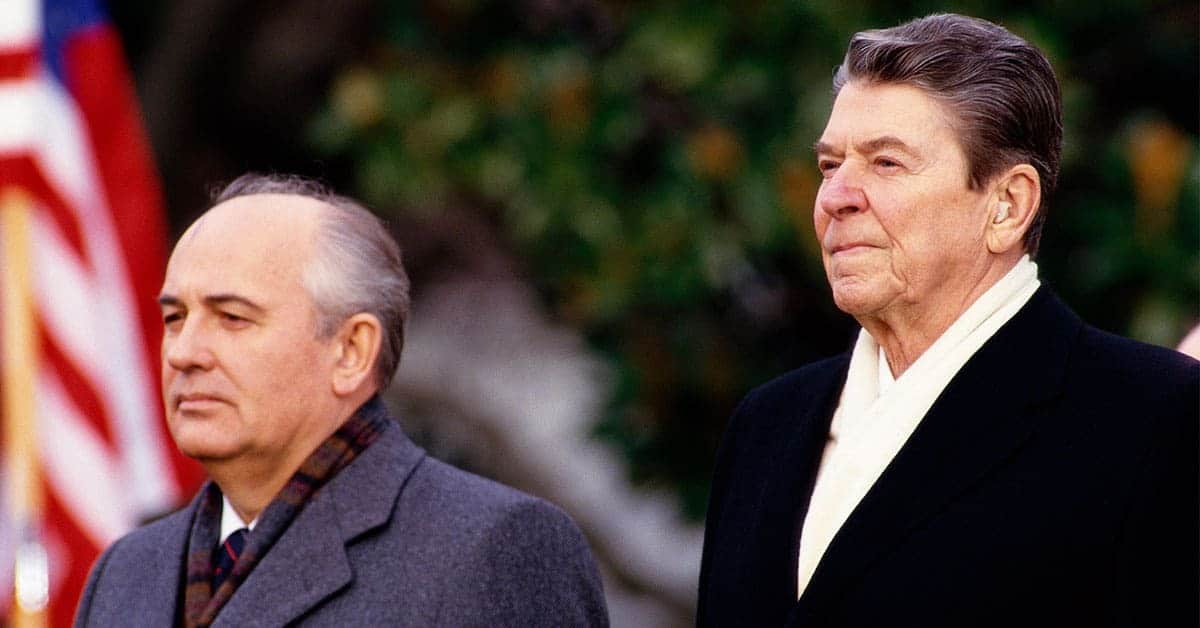 By the mid-1980s, it was very clear that the Soviet Union was on the verge of collapse. The government structure was too rigid to change, and the economy was depressed. When Mikhail Gorbachev was brought into power in March 1985, it was clear that if the USSR wanted to survive in any form, there would need to be some major changes.

Gorbachev wasn’t hesitant at all in instituting radical changes during the next four years. He did this in two phases. First was called Glasnost, which was a societal reform package, that restored many freedoms to the Russian people, including their ability to criticize the government, participate in elections as members of other parties, and read whatever books they wanted. It also disbanded the secret police and allowed for a free press.

The second phase was called perestroika. This was a complete political overhaul from the system the Soviets had been using since the 1920s. It allowed individuals to own businesses, allowed workers to join unions and restored their ability to strike for better wages and working conditions. Gorbachev also hoped to bring in more foreign investment to stimulate the economy.

The problem isn’t that these were bad ideas. In fact, these reforms were likely exactly what the USSR needed. The problem was that the reforms didn’t work fast enough to keep the USSR afloat.

On the other side of the Cold War, the United States continued to see the USSR as the Evil Empire. Despite the problems that the USSR was going through, and the reforms that Gorbachev instituted, the US was still embroiled in a Cold War mentality, perpetuated by the Arms Race, and Ronald Reagan’s hard stance on all things Soviet.

This included the divided city of Berlin Germany. Berlin had been divided into two parts since shortly after the end of the second world war. With the reforms in the USSR and Gorbachev’s openness to peace, especially with the United States, Reagan wanted the USSR to change the state of Berlin.

His speech was given on June 12, 1987, in front of the Berlin Wall. The most famous passage: “There is one sign that the Soviets can make that would be unmistakable, that would advance dramatically the cause of freedom and peace. Secretary-General Gorbachev, if you seek peace- if you seek prosperity for the Soviet Union and Eastern Europe- if you seek liberalization: come here, to this gate. Mr. Gorbachev, tear down this wall.”

The Berlin wall fell in November of 1989, with Germany officially becoming reunited in October of 1990. By 1991, the USSR was no more, Gorbachev had stepped down, and the world finally moved out from under the shadow of the Cold War, a war that had lasted almost a half-century.

The Washington Post – ‘Tear Down This Wall’: How Reagan’s Forgotten Line Became A Defining Moment

Brooking – Would the Soviet Union Have Collapsed Without Mikhail Gorbachev?