Samuel Morse Developed the Telegraph Because of a Personal Tragedy 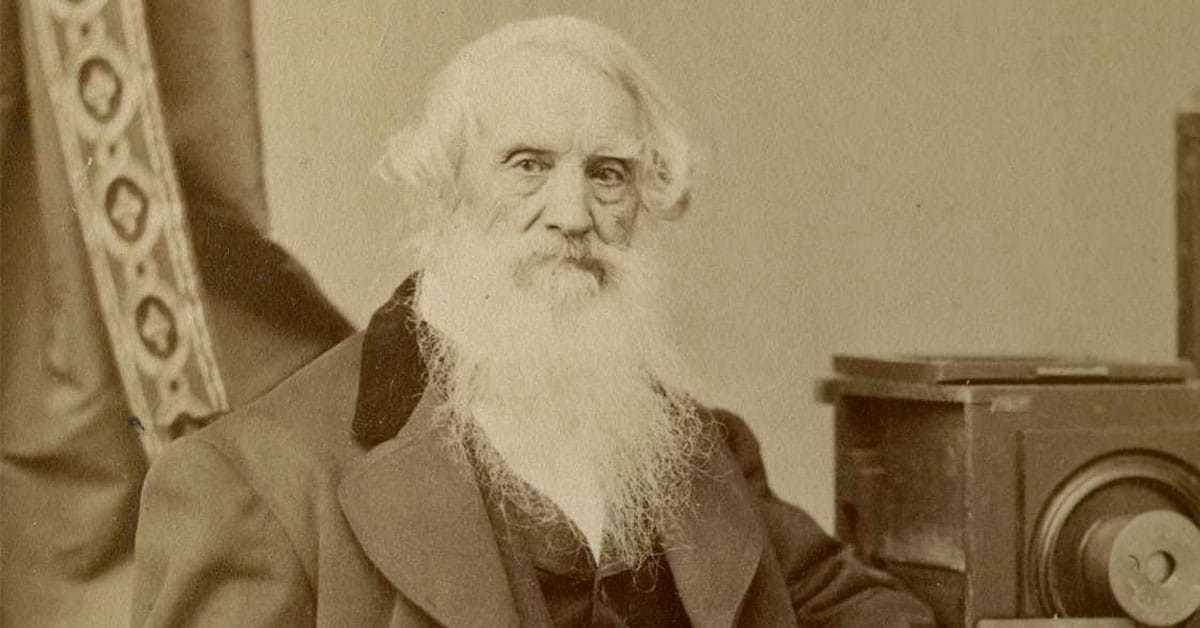 Samuel Morse Developed the Telegraph Because of a Personal Tragedy

With the invention of the telephone, long distance communication changed forever. Alexander Graham Bell changed the course of humanity when he patented the first usable telephone. Before the telephone however, there was still a need for being able to communicate long distance, but it was much more difficult.

In 1800, if someone wanted to communicate with someone else at any distance, the only way to do so was by hand and horse or by using optical signals like smoke or light reflections. If sent by horse, the message would be written down, and then it would be physically bought to the recipient. This could take days or weeks or months depending on the distance between. During the American Revolution and before, when Parliament passed laws that affected the colonies, it would take weeks for the colonists to find out.

The problem of long distance communication was only solved in the 1830s. There were two challenges that needed to be met to change the way communication happened. The information needed to be transmitted by something faster than a horse or else it would be useless. This presented the second problem: transmitting text over any medium (especially at that point in history) was very difficult.

The solution was two-fold. The telegraph, or more accurately the single-wire telegraph was patented by Samuel Morse in 1837. The second part was Morse Code, which we’ll talk about below. Prior to that electrical telegraph systems were inefficient because they required one wire for each letter of the alphabet. They would also be very limited in range. Morse’s system would also initially be limited in range, but would soon evolve into a system that could cover vast distances.

Morse’s system was not the first electrical telegraph system. Sir William Cooke and Charles Wheatstone patented a similar system in the same year, despite having started their development later than Morse. It would be Cooke and Wheatstone’s system that would be first used in a commercial setting. Their system, however, would require a number of needles that would point to letters of the alphabet. It was expensive, and like the initial Morse telegraph, it was limited in range. The longest they were able to get it to work was 13 miles.

Despite Cooke and Wheatstone’s success at commercializing the product before him, it was Samuel Morse’s system that would eventually be used all around the world. There were two reasons for this. First, together with his assistant, he developed Morse Code, which allowed for a single wire (no needle) system. Second, Morse was able, through a system of relays, cover longer distances than any Cooke and Wheatstone system.

The real innovation here was the Morse Code. In itself was a way to transmit a message through a series of dots and dashes that proved easier to transmit because it only required a single wire. For example, spelling out “History Collection dot Co” looks like this (the slashes are not Morse Code, but instead indicate the space between words):

Granted, today this looks like a terrible and headache inducing way of communicating. Everyone is used to being able to pick up a telephone and talk to anyone they want, no matter the distance. But in the days where the telegraph was just getting started, the Morse Code allowed for cheaper, long distance communication, something that was sorely needed.

The development of a long distance communication system was specifically very important to Samuel Morse. He had been hurt very badly by the failure of the old horse messenger system, and it was something that he wanted to make sure couldn’t happen to other people.

The Perils of Slow Communication

If you didn’t know anything about Samuel Morse, but were told he was one of the inventors behind the telegraph, it is likely you’d think he was an engineer or a scientist of some sort. In reality he was an accomplished artist. He attended London’s Royal Academy and studied the works of Michelangelo and Raphael. His most famous painting is often seen as a masterpiece of the time period (pictured below).

In 1825, Morse was commissioned by wealthy patrons to paint a canvas of Marquis de Lafayette, one the most influential French supporters of the American Revolution. While painting it, a horse messenger arrived with a message from his father. The message read “Your dear wife is convalescent.” The very next day, another messenger delivered the notice of his wife’s death.

As noted, sending messages by horse is very slow. By the time Morse arrived back in New Haven, Connecticut, his wife had already been buried. As you might expect, he was devastated. The incredibly slow, but predictable, communication caused him to miss his wife’s funeral, something he regretted for the rest of his life.

It took him a little over a decade to develop his first interpretation of the electric telegraph. It wasn’t until 1932 when he met Charles Thomas Jackson of Boston while traveling in Europe, that he learned about electromagnetism. It was after watching several of Jackson’s experiments that Morse first got the idea of using electromagnets and electricity to transmit coded text over a single wire.

Samuel Morse did not invent the telegraph. Not only were there non-electric versions available for almost a millennia before his birth, but other types of electric telegraphs were invented around the same time. Morse fought for the rest of his life in court over the patent rights of the telegraph. He was awarded the patent in the United States, but not in Europe as Cooke and Wheatstone had beaten him to filing for the patent in the UK.

In 1848, Morse wrote of his legal troubles: “I have been so constantly under the necessity of watching the movements of the most unprincipled set of pirates I have ever known, that all my time has been occupied in defense, in putting evidence into something like legal shape that I am the inventor of the Electro-Magnetic Telegraph!”

Despite his legal troubles regarding the patent, the Morse telegraph system would soon outshine the system that was being propagated in the UK by Cooke and Wheatstone. By 1852, according to Encyclopedia of the Age of the Industrial Revolution, 1700-1920, more than 23,000 miles of wire were being used in the United States under the control of 20 different companies. In the UK, where Cook and Wheatstone’s system was in control, around 2200 miles of wire were in use.

Samuel Morse learned a harsh lesson because of the slow speed of communication during his early years. Speed of communication had always been a worry, especially in times of war. According to A History of the Telegraph by Stephen Roberts, before telegraphy, a letter from London to New York would take around 12 days. A letter from London to Australia would take a whopping 73 days. According to some sources, it would take around 4 days to travel between New York City and Washington DC, about the distance the messenger would have had to travel to alert Samuel Morse of his wife’s sickness and demise.