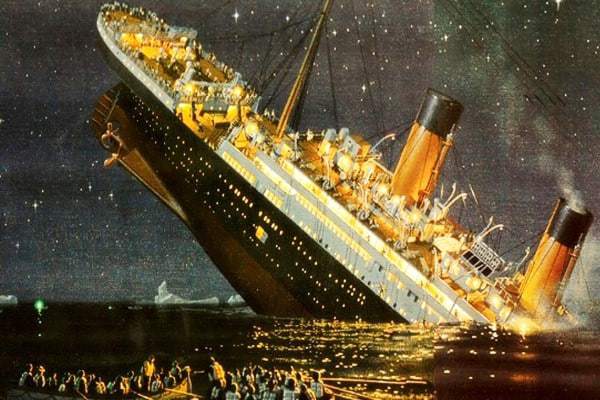 Around midnight on April 14, 1912, the Titanic struck an iceberg and began to sink. The Titanic might be one of the most famous disasters ever recorded in human history, and a lot of that is because of the ship was billed as “unsinkable”.

The Titanic started its journey on April 10. It was a luxury cruise liner, and one of the biggest ships ever built for that purpose. It departed Southampton, England as a supposedly unsinkable ship due to its 16 compartments. Four of those compartments were meant to be able to take on water without any worry that the ship might be in trouble. According to historical and archaeological evidence, five of the compartments flooded that night. The Titanic carried nearly 2,200 people, of which 1,503 died. There is a lot of historical evidence that says that this disaster need not have been so large in terms of casualties.

The real reason why the disaster was so costly in terms of life lost was that the ship’s owners and crew failed to have adequate emergency procedures in place, which caused a lot of problems once the Titanic hit the iceberg.

The first lifeboat that was released from the ship’s hold only carried 28 people when it could have taken on 64. Many of the other lifeboats were also not filled to capacity. According to several historical sources, as many as 450 lifeboat seats left the hold unfilled. Most historians consider both crew error and crowd panic as the reason why so many lifeboat seats went unfilled.

Iceberg warnings that had occurred several times during the day of April 14 could have possibly prevented disaster. The crew’s wireless operators ignored all six warnings that came in that day. One of the reasons for this is that the wireless operators weren’t actually members of the ship’s crew, but were instead contractors who were tasked mainly with relaying passenger messages back to land. They weren’t tasked with keeping track of the weather or sea conditions.

The RMS Carpathia arrived around nine hours after the Titanic hit the iceberg, and rescued those who were lucky enough to survive the disaster.

The outcome of the tragedy was that most cruise ship companies instituted safer and more complete evacuation procedures and started to include more lifeboats on board. Specifically, the International Convention for the Safety of Sea Life proclaimed that all ships would thereafter carry enough lifeboats for every person on board.

With the immense and tragic loss of life, and the claims of its durability found false, the Titanic will go down as one of the worst peacetime disasters in human history.