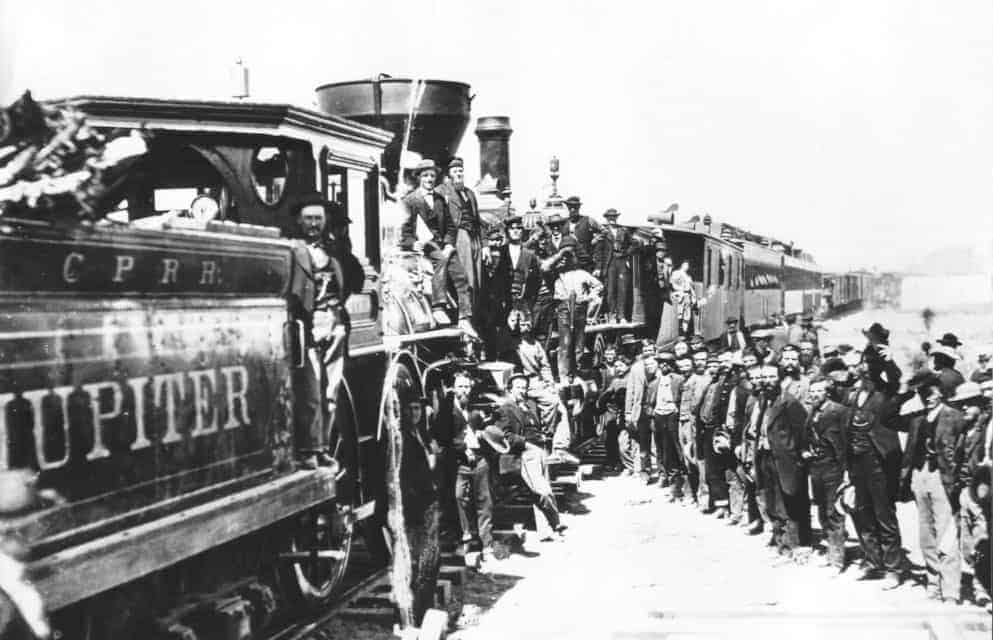 On this date in the Old West in 1853, a band of Paiute Indians attacked a U.S. Army unit and some railway surveyors in an infamous incident in the history of the Transcontinental Railway. The detachment was under the command of Captain John W. Gunnison and he and his unit were charged with protecting the surveyors working for the railroad in Indian territory. The army was escorting the surveyors near Sevier Lake in Utah when they were attacked by the Indians. There were 38 soldiers and ten surveyors among the party. In the Indian attack, Captain Gunnison was killed along with seven of his men. The army killed and wounded an unknown number of Indians. The attack on Gunnison and his men was called the ‘Gunnison Massacre’ in the Eastern Newspapers.

The Paiute Indians saw the army and the surveyors as intruders threatening their lands, especially their hunting grounds. The Indians were right as the railroads were eventually to bring many white settlers to the area and this led to the end of the Pauites traditional way of life.

However, the survey continued and it was successfully concluded and provided valuable information to the railways who were planning to build railways in the area. The surveyors also eventually reported their findings to Congress.

The commander of the party was John W Gunnison who was a West Point graduate and who had led similar missions into hostile Indian territory and he was assigned to carry out the survey of potential railroad routes across modern-day Utah and Colorado. Gunnison’s mission was only one of three similar missions that were selected for the mapping of remote and hostile routes for railroads. The proposed transcontinental railroad had become bogged down in politics with the south and the north arguing over the route of the railway. Gunnison’s and the other parties sought to provide information showing the best route for the railway in order to end the political bickering in Washington D.C. It was hoped that the army and the surveyors would provide objective data that would break the deadlock on Capitol Hill that was endangering the entire transcontinental railroad project.

After the attack by the Indians and Gunnison’s death, his lieutenant assumed command. He and his surveyors found a suitable route through the Sierra Nevada and his party provide a lot of data on the geography and resources of the region. The information that they collected was impartial and scientific but it did not succeed in ending the bickering over the route of the Transcontinental railroad in Congress. The South and the North continued to squabble over the route of the railway and it was only with the secession of the South from the Union, that the project received the political support that it needed. the Transcontinental Railway was only begun in 1863 and it was finished in 1867.