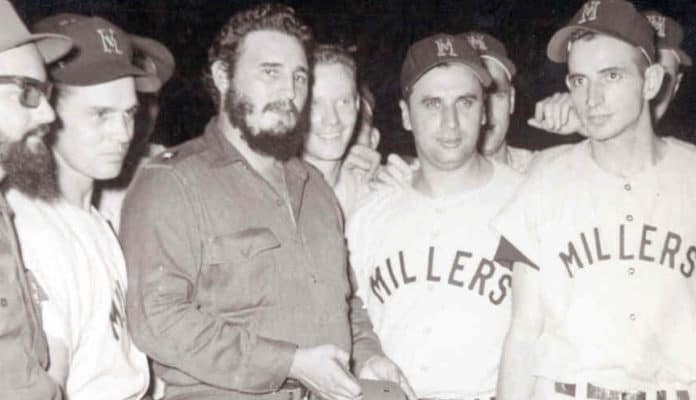 From the unexpectedly significant role Cubans’ love of baseball had in shaping the Cold War, to the current popular drink that was once named after Hitler’s second in command, history is chock full of fascinating details. However, because of the sheer size of the historic record, many of those fascinating details can’t help but get lost in the shuffle, end up fading into obscurity, and wind up largely forgotten. So in a bid to try and redress that, be the redress ever so slight, following are forty things about lesser known but still fascinating historical details.

Cuba’s love of baseball began decades before the US seized the island during the Spanish-American War. When the yanqui sport was introduced to Cuba in the 1870s, the locals were hooked, and took to “beisbol” with a passion. Indeed, despite its American origin, baseball became associated with Cuban nationalism in the 19th century, displacing sports associated with Cuba’s then-colonial masters, Spain.

That strong association with baseball ended up playing a significant role in initiating the chain of events leading up to the 1962 Cuban Missile Crisis, which brought the world to the brink of a nuclear Armageddon. Indeed, as seen below, Cuba’s association with baseball not only impacted the 1962 crisis, but had an impact on numerous other instances in subsequent decades, that threatened to turn the Cold War hot.