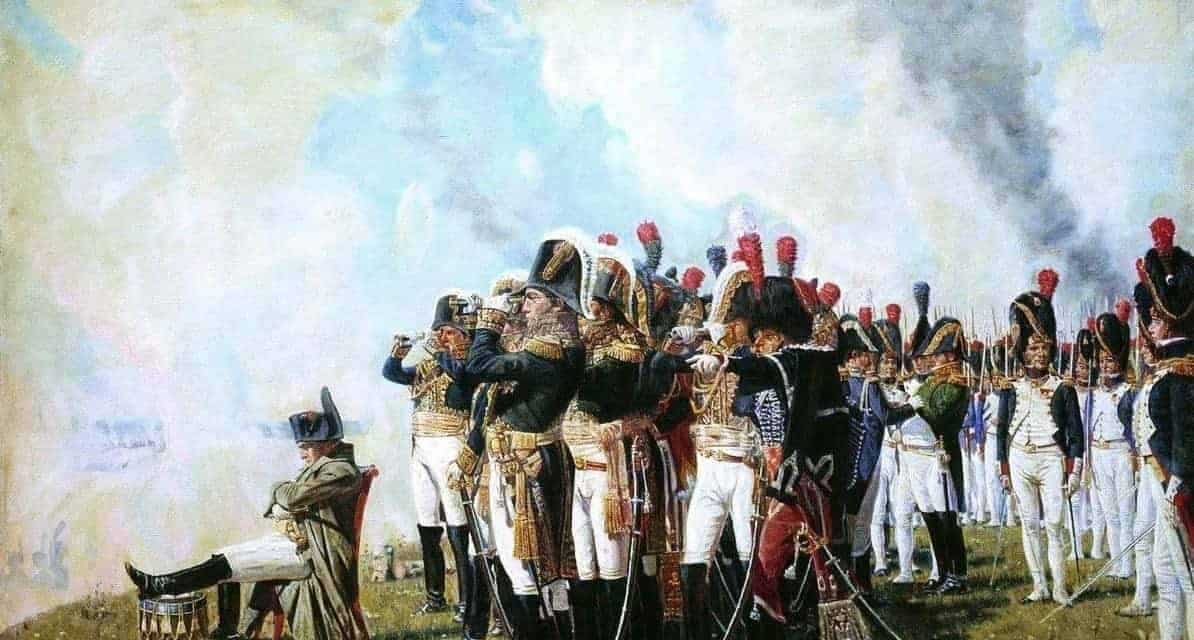 On this day in history, Napoleon invaded the Russian Empire in 1812. At this time, Napoleon was the de-facto rule of much of Europe. He had been crowned Emperor of France. Those countries that he did not directly rule, were ruled by family members. After the Battle of Austerlitz, where Napoleon had defeated the combined Russian and Austrian forces, the French Emperor, was the greatest military power in Europe.

Napoleon and the Russian Tsar had come to an agreement and the Russians were effectively excluded from continental Europe. Napoleon had only one enemy left aft the Battle of Austerlitz, that was Britain. Napoleon did not have the naval might to knock Britain out of the war. Instead, he adopted a sanctions regime that was aimed at forcing the British to come to terms. The French Empire sought to ensure that Britain did not trade with any nations. This came to be known as the Continental System.

Czar Alexander I refused to join the Continental System and refused to be dictated by Napoleon. This gave Napoleon the excuse to attack Russia. He assembled the largest military force that Europe has ever witnessed. Napoleon’s army consisted of some half a million men, mostly French but drawn from all the countries of Europe.

Following the rejection of his Continental System by Czar Alexander I, French Emperor Napoleon orders his Grande Armee, the largest European military force ever assembled to that date, into Russia. The enormous army, featuring some 500,000 soldiers and staff, included troops from all the European countries under the sway of the French Empire.

At first, Napoleon crossed the border without incident and was able to march far into Russian territory. The Russian Imperial forces under the leadership of General Mikhail Kutuzov retreated before the Imperial Army. The Russians adopted scorched earth tactics and they left nothing for the French army, as they advanced. This was to be later proved to be a decisive tactic. Guerrilla attacks, carried out by local Russians became the norm. However, Napoleon marched into the interior of Russia with only minimal losses. Kutuzov was obliged by popular opinion to fight the French and he reluctantly agreed to stand and be free.

On September 7th, the Battle of Borodino was fought. Despite huge losses, the battle was a draw. Napoleon carried on and eventually occupied Moscow. Napoleon had arrived in Moscow intending to find badly needed supplies but instead found almost the entire population fled. Early the next morning, fires broke across the city, set by Russians. The French army’s winter quarters were destroyed and the weather was becoming cold. With few supplies and no quarters, the French army waited for the Tsar to surrender, but it never came. Napoleon was forced to retreat in the middle of a Russian Winter and as a result, he managed to lose most of his vast army.