The Soccer War: When the World's Most Popular Sport Sparked an Ugly Conflict 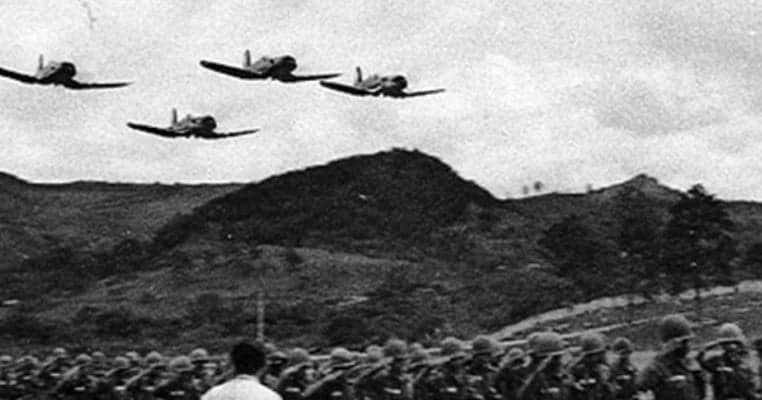 The Soccer War: When the World’s Most Popular Sport Sparked an Ugly Conflict

“Some people think football is a matter of life and death. I assure you, it’s much more serious than that” – Bill Shankly

In 1969, Salvadoran and Honduran soccer teams met in qualifiers for the 1970 FIFA World Cup. The matches took place during a period of mounting tensions between the two countries, stemming from long standing border disputes, that were further exacerbated by immigration issues and nationalist chauvinism. The games were marred by violence between fans in the stands, and rioting outside, before things boiled over into a war in which thousands were killed, and hundreds of thousands were made homeless refugees.

Damaging knock on effects lasted for years. The border, across which much trade had been conducted, was closed, to the detriment of both countries’ economies. Resettling those displaced by the conflict produced social and economic strains, leading to instability, which flared up into civil war a decade later. Peace was eventually signed, but tensions lingered, and threats of military action were exchanged between the neighboring countries as recently as 2013.

While the Soccer War was superficially sparked by a soccer match, the underlying tensions ran much deeper. In the 1960s, neighboring Honduras and Salvador were ruled by military juntas, and the dictatorships’ shared values of repression led them to initially get on well with each other, notwithstanding longstanding border disputes. Both countries were part of the Central American Defense Counsel, which aimed to crush left wing movements, and both were members of the Central American Common Market, which reduced trade barriers.

However, both countries experienced a population boom, which steadily strained their resources, societies, and economies. That was especially so for El Salvador, which was one sixth the size of Honduras, but had 40% more people – 3.7 million in 1969, vs Honduras’ 2.6 million. Starting in the early 20th century, many Salvadoran peasants crossed into Honduras, where they farmed unoccupied land. By 1969, there were 300,000 Salvadoran peasants in Honduras – about a fifth of Honduras’ peasant population.

Many Salvadoran peasants in Honduras had cleared their plots and farmed them for decades, across multiple generations. However, most of them had no legal title to the land, which put them in a precarious situation. Most land in Honduras was owned by a small minority of landowners, comprised of wealthy locals and large multinational corporations, such as the American United Fruit Company. Honduras’ major landowners leaned on its dictator, Oswaldo Lopez Arellano, to protect their property rights.

A 1962 land reform law had directed the Honduran government to redistribute land to the peasants. However, the Honduran dictator was keenly aware of a 1954 CIA engineered coup in neighboring Guatemala, which overthrew an elected government that attempted land reforms, which threatened United Fruit’s vast landholdings in that country. Heeding the lesson, Arellano was unwilling to risk his regime by redistributing the lands held by United Fruit and other major Honduran landowners. Instead, Honduran authorities launched an immigration crackdown, and turned to the small plots farmed by Salvadoran immigrants as a source of land for redistribution to Honduran peasants.

The seizures were often arbitrary, making little distinction between Salvadoran squatters and those with legal claims to the land, and paying little heed to their immigration status. Over the generations, many of the Salvadorans in Honduras had married locals, and many of those designated as Salvadorans had been born in Honduras, with at least one Honduran parent. Antiimmigrant nationalist feelings were also whipped up, leading many to scapegoat, discriminate against, and even attack Salvadorans in their midst. Tensions between the neighboring countries were further intensified when thousands of Salvadoran laborers, migrant workers as well as long term settlers, were expelled from Honduras.

By 1969, tempers were high on both sides of the border, and rising ever higher. Salvadoran president Fidel Sanchez Hernandez then brought them to a fever pitch in his country, by publishing photos that depicted the abuses, mistreatment, and attacks suffered by Salvadorans in Honduras. It was amidst that volatile situation that ‘The Beautiful Game’ was added to the mix, acting as a catalyst and causing the bubbling tensions to boil over into open war.

In June of 1969, the Salvadoran and Honduran soccer teams met in home-and-away matches to qualify for the 1970 FIFA World Cup, to be held in Mexico the following year. The two countries’ rivalry, played out on the pitch, acted as a proxy for the higher stakes rivalry between them in real life. However, rather than act as a safety valve and diffuse some of the mounting pressure, it did the opposite and added to it. In a way, instead of soccer acting as a proxy for war, real war ended up acting as a proxy for soccer.

Fans fought at the first game, played on June 8th, 1969, in the Honduran capital of Tegucigalpa, and won by Honduras 1-0. After the match, a young Salvadoran girl, grieving over the loss, shot herself to death. She was treated as a national heroine, and her funeral was televised, stoking emotions even higher. That spurred further violence, when the Hondurans traveled to Salvador for the second leg, played on June 15th. Honduran fans were killed, their team was forced to travel in armored cars, their hotel was egged, and a rag was flown instead of the Honduran national flag. The Salvadoran team won 3-0. Hondurans took it out on Salvadoran immigrants, ramping up the attacks against them. FIFA did not use goal differentials in those days, so a third, tie breaker game was played in Mexico City on June 27th, 1969. Salvador won 3-2, after extra time. In the aftermath, Hondurans once again attacked Salvadorans in their country.

As El Salvador put it, there was no reason to maintain relations, since the Honduran government had “done nothing to prevent murder, oppression, rape, plundering and the mass expulsion of Salvadorans“. The Salvadorans further added that “the government of Honduras has not taken any effective measures to punish these crimes which constitute genocide, nor has it given assurances of indemnification or reparations for the damages caused to Salvadorans“. War began two weeks later, on July 14th, when the Salvadoran Air Force struck targets in Honduras.

The Hondurans were caught off guard on July 14th, 1969, when the Salvadorans surprised them with air raids in which passenger airplanes were deployed as improvised bombers, by strapping bombs to their sides. One of the first targets was Toncontin International Airport, a few miles from the center of the Honduran capital, and which doubled as the Honduran Air Force’s main airbase. The damage inflicted impeded the better equipped Honduran Air Force’s ability to react quickly against the Salvadoran ground offensive into Honduras, which followed fast on the heels of the air raids.

Both combatants’ air forces flew World War II era airplanes, all of them of American origins. They included Vought F4-U Corsairs, North American P-51 Mustangs as well as Cavalier Mustangs (civilian air racing P-51s converted for military use), North American T-6 Texans and T-28 Trojans, plus Douglas C-47 transports, that were converted into bombers. On July 17th, Honduran F4-U Corsairs clashed with Salvadoran Corsairs and P-51s, and in the ensuing dogfight, a Honduran pilot downed a pair of Salvadoran planes. The Soccer War would be the last conflict in which piston engine fighters were pitted against each other.

In the meantime, the larger Salvadoran Army had plunged into Honduras, deploying infantry well supported by artillery, with American M101 105mm howitzers as a mainstay. The Salvadorans also deployed a mechanized division, equipped with WWII era armored fighting vehicles, with M3 Stuarts forming the backbone of their formations. By the evening of the following day, July 15th, the Salvadorans had made rapid progress, seizing nine Honduran cities and coming within striking distance of the Honduran capital of Tegucigalpa, before the advance began losing momentum.

By the following day, July 16th, the better equipped Honduran Air Force had sufficiently recovered from the initial day’s surprise to begin striking back. The Hondurans hit Ilopinago International Airport, the Salvadoran Air Force’s main airbase, plus major and minor oil facilities across Salvador, and by day’s end, the Salvadoran coastline was marked by huge pillars of smoke, from burning oil depots and installations.

As the fighting raged, the Organization of American States (OAS) met in emergency session on July 15th, and called for an immediate ceasefire and the withdrawal of Salvadoran forces from Honduras. The Salvadorans resisted at first, demanding reparations and guarantees of safety for Salvadorans residing in Honduras, but eventually gave in and agreed to a ceasefire on July 18th,, bringing to a close a war that had lasted for roughly 100 hours. About 900 Salvadorans, mostly civilians, had been killed, while the Hondurans lost about 250 military dead, plus 2000 civilians. About 300,000 Salvadorans were displaced, most of them having fled Honduras.

The Salvadoran government, already dealing with overpopulation, did little to help the refugees, who were forced to shift for themselves and endure extremes of poverty and want. Their plight led to social unrest, which eventually flared into a bloody civil war in 1979 that lasted for 12 years, claimed the lives of over 80,000 people, and turned over a million Salvadorans into refugees. Honduras and Salvador signed a peace treaty in 1980, and agreed to submit their outstanding border disputes to the International Court of Justice (ICJ), which issued a ruling in 1992. Residual tensions lingered, however, and as recently as March of 2013, disagreements about just what the ICJ had meant led to an exchange of military threats between the neighboring countries. As to the Salvadoran soccer team, it beat Haiti in the next round of qualifications and made it to the 1970 World Cup, but lost all three group stage matches, without scoring a single goal.

Wilson, Ryan, The Semantics Scholar – The Soccer War: The Social Implications of a 100 Hour War Between El Salvador and Honduras