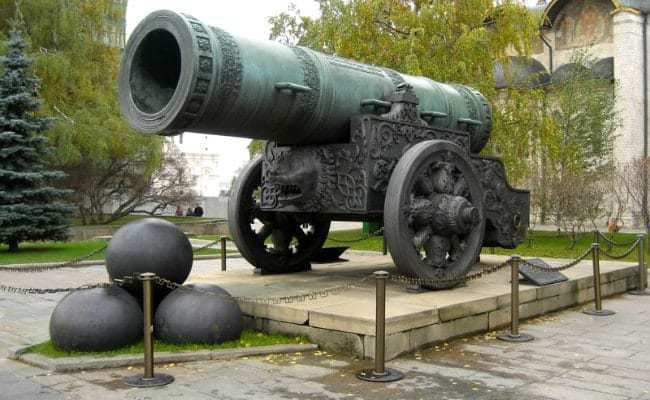 Innovations in firearms can be extremely important for surprising the enemy and succeeding in battle. However, some inventions can be downright catastrophic due to poor development, complicated maneuvering, or just bad design. Read on and learn about eight weapons that were used by the military, only to be far from helpful. 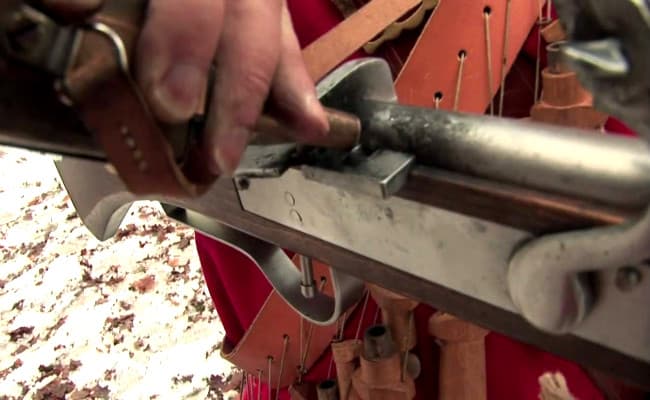 One of the first successful firearms in history was the Matchlock Musket. However, this weapon definitely had its faults. In fact, the entire procedure to use it was too time-consuming – for less than favorable results.

To begin with, a little portion of gunpowder would be placed in the flashpan to load the weapon, which would then close afterwards. Then the powder would slide down into the barrel, to be followed by a patch and a lead bullet. A curved piece of metal called the serpentine would land on the flash pan to ignite the powder, hitting the chemically-treated match that had to be kept lit, which was called “tending the match.”

Miles of match cord would be wasted per year, according to estimations. Trying to supply thousands of soldiers with enough material was unbearable and costly.

Eventually, the matchlock was replaced with the invention of the wheel lock, and eventually the flintlock. 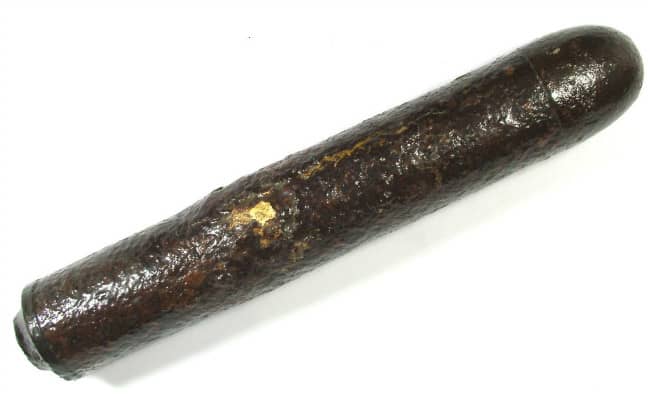 The Hale rocket was a favorite of the US military, which just begs the question – why? After all, the rocket was known for having erratic flight patterns, as well as a penchant for exploding prematurely. Designed in 1844 by English inventor William Hale, these rockets had a spin-stabilized projectile that would fire out from a metal tube. Meanwhile, the jet vents, positioned at an angle with tail fins attached, were housed in the bottom of the rocket and were supposed to keep the weapon on target.

Sadly, they hardly worked when they needed to, and therefore were only used a few times during the Mexican-American War, the US Civil War, and the British Crimean War.

One positive result was that they were so sporadic, they did successfully have a psychological impact on the enemy. 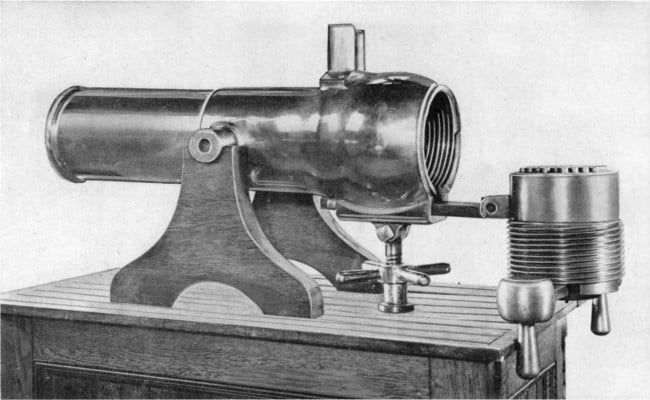 While the Vandenburg volley gun was multi-barreled, able to fire off from 451 barrels, each one had to be individually loaded after each use. This created a highly time-consuming task, which would’ve been an absolute disaster for anyone on the battlefield.

Designed in the 1860s by General Origen Vandenburg, the volley gun was reasonably accurate but had little else going for it. It was heavy to carry and hard to clean, adding to the extremely slow rate of fire that could leave the troops exposed.

The Vandenburg volley gun was rejected by both the US military and Britain. Somehow, General Vandenburg was able to sell a few to the Confederacy. 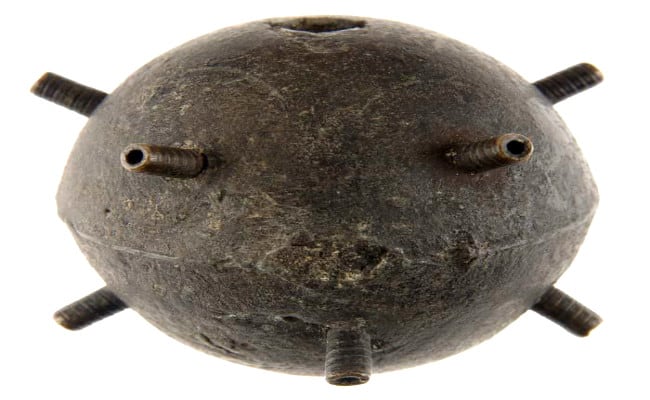 A serious error in grenade-making was the horrifyingly-easy way they could be set off unintentionally.

The Hanes grenade, also nicknamed “The Excelsior,” was designed in the early 1860s, initially for the Union Army. Formed with hollow metal spheres filled with explosives, these grenades also had 10-14 metal protrusions that were then covered with percussion caps. If the grenade came in contact with a hard surface, the percussion cap would detonate and blow up the entire weapon.

As a result of being easy to detonate, however, they were never officially adopted or used in combat. Another model named the Ketchum grenade was more equipped for battle, and they saw combat in both Petersburg and Vicksburg. 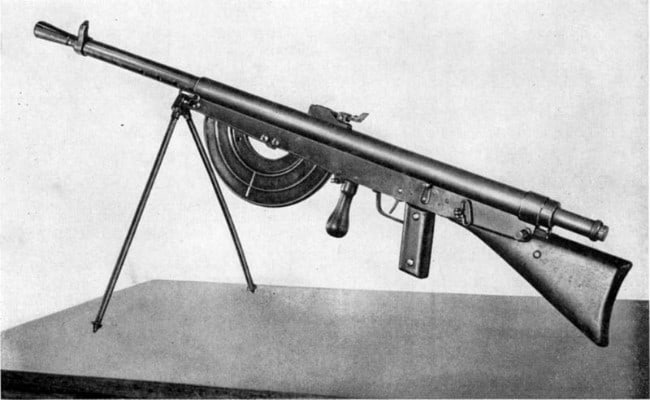 First manufactured for the French army in WWI, the Chauchat has actually become known as the worst light machine gun to date. Not only did the bolt find itself locking in place when it got overheated, but the gun was effectively unusable thereafter until the metal would cool, and reform to its original size.

Unfortunately, the Chauchat’s bad design of an oddly-shaped, curved magazine and large cutouts that caused jamming in muddy trenches made it a horrible, flawed weapon. Furthermore, troops were in danger of hurting themselves because the mechanism could hit the user in the face. So not only was the Chauchat overly complicated, but the quality of manufacturing left something to be desired.

The Bombard was destructive, but was certainly hard to maneuver, as well as difficult to load.

This large-caliber cannon was a huge weapon of the Middle Ages, and it could fire off huge cannonballs, each carved out of solid stone. The early models were effective at penetrating the walls of castles, even as the stone cannonballs would generally crumble on impact.

But a single bombard weighed thousands of pounds alone, even without the cannonball. So transportation and aim of the weapon became a serious endeavor. Bombards were replaced over time with smaller cannons for better transportation, with projectiles that were faster and more accurate. 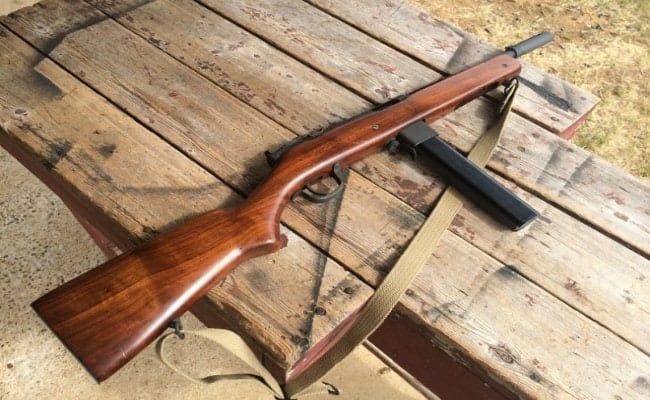 Adopted by the Marine Corps during WWII, this submachine gun was intended to complement the Thompson, since the latter model couldn’t be manufactured in sufficient numbers. And despite being cheaper to make and lighter to hold, the Reising wasn’t as efficient as it appeared on paper.

Sadly, it was very ill-equipped for the environment the Marines were generally located in. Sand would jam in the gun, and would then be hard to disassemble and clean.

Parts weren’t interchangeable either, as each was handmade for its individual model, so many soldiers had to clean their weapons at the same time just so they had a working firearm to use at all. In fact, the Marines were so upset with the M50 Reising guns that there is documentation recounting how troops threw their firearms into a river in protest. 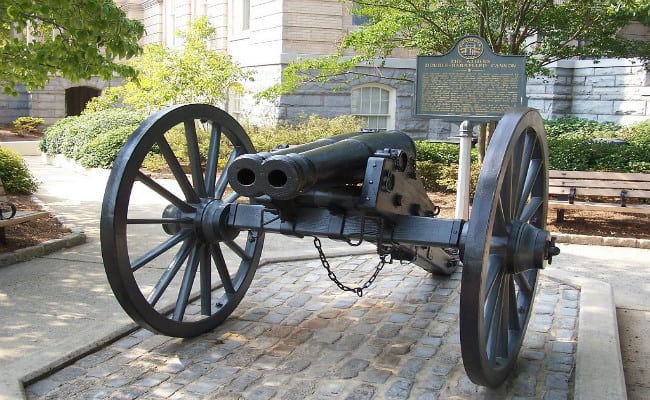 Invented by John Gilleland for the Confederate Army in 1862, the double-barreled cannon could fire two connected cannonballs at the same time – and they only and cost $350.00 to manufacture.

However, instead of flying out of the cannon simultaneously, the two cannonballs were rarely accurate, on either launch time or on impact. In fact, during a test run, the cannon clearly was off of its target, as it only mowed down trees, decimated a chimney and sadly killed a cow.

So, despite Mr. Gilleland’s endorsement of his weapon, the Confederate government considered the cannon a flop, and thereby decided not to adopt it for use in battle. The cannon was never used, and only stands outside of city hall in Athens, Georgia today instead.