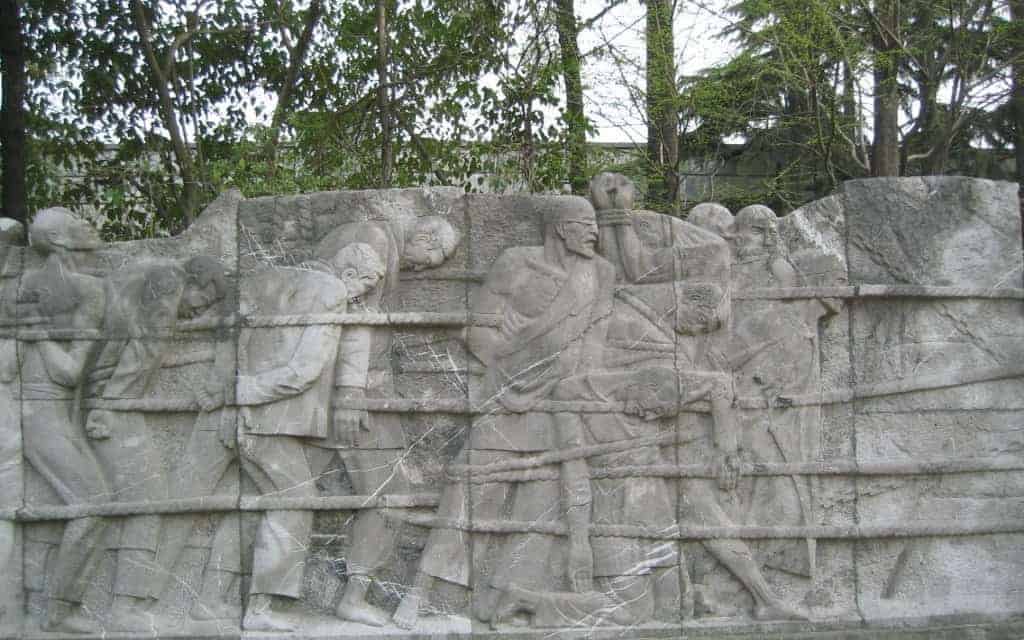 On this day in 1937, the series of massacres and atrocities known as the ‘Rape of Nanking’, began in China. On this date during the Sino-Japanese War, the Imperial Japanese Army seized the capital of the Nationalist Chinese regime. Nanking or Nanjing had been bombarded for several days and the Japanese army broke through the Chinese lines of defense. The Chines Nationalist government was forced to abandon the city and they were forced to flee inland.

The Japanese army after the capture of the city was in the midst of a large Chinese population and they were concerned that the local civilians and former soldiers could attack them. The commander of the Army, General Matsui Iwane ordered that the Japanese army were to kill any Chinese prisoners of war they found. Japanese soldiers often killed them in brutal ways, many Chinese POWs were buried alive. Many, more were beheaded by Japanese officers. In many areas of the city, Imperial Japanese soldiers simply killed any male they found and in the process, they killed young boys and old men. The exact number of people killed will never be known. It is believed that between 200,000 and 300,000 men and women were killed during the Rape of Nanking, over a six week period. One historian has offered a conservative estimate that about 150,000 Chinese POWs were killed and another 60,000 male civilians were killed. The was not to be the only time that the Japanese committed atrocities in the Sino-Japanese War. The Imperial Japanese Army committed countless war crimes in the conflict that raged from 1933 to 1945 in China.

The atrocities lasted for six weeks. During the violence, many Chinese girls and women were raped. Japanese soldiers simply raped any female that they could find. They often went from door to door looking for women. It is estimated that at least 20,000 women were raped and the true figure is probably much higher. Many women and girls were killed during their ordeal or died later from their injuries. A great many, Chinese tried to find refuge with foreign communities based in the city. Many foreigners tried to protect the Chinese but there were simply too many to save.

After the end of the war, General Matsui, the commander of Japanese forces in Nanking was found guilty of war crimes by the International Military Tribunal for the Far East for his role in the Rape of Nanking. The atrocities committed by the Japanese in 1937 continue to overshadow relations between the Japanese and China. A small minority of Japanese have tried to downplay the atrocities committed by the Imperial Army at Nanking.