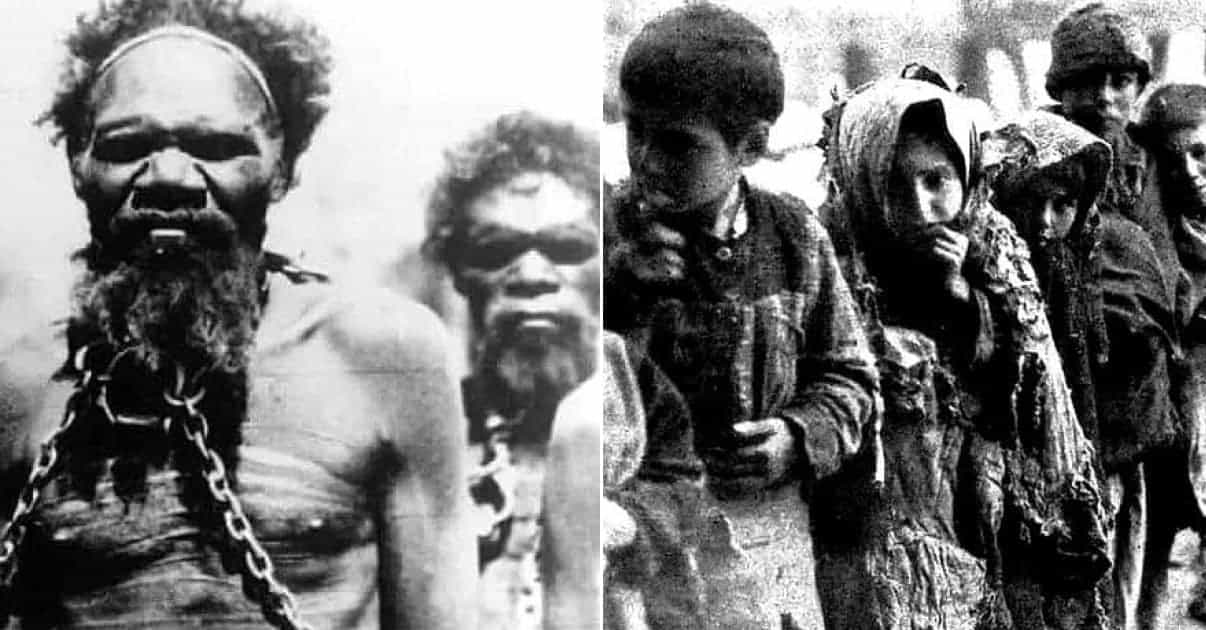 Genocide obviously never sits well on the national conscience of any country, and so the finer points of definition are usually argued exhaustively. The Partition of India is such a case, and while Hindu/Muslim sectarianism lies at the heart of the debate, there is also the question of whether the British washed their hands of India, and walked away knowing that genocide was inevitable.

India was, as the saying goes, the Jewel in the British Crown. In many ways, it defined the British Empire. WWII, however, reconfigured the imperial landscape, and by then, India was demanding independence, and the British were more than willing to give it to them. The problem lay in a historical predominance of Muslims within the Indian political process. As heirs to the old Mughal Empire, traditional Muslim leaders enjoyed an influence not particularly congruent with their numbers. The departure of the British would naturally bring about democratic rule, and in a society where Hindus vastly outnumbered Muslims, universal suffrage meant Muslim marginalization.

Muslim nationalists then began demanding a ‘two-state’ solution, which neither the British nor nationalists like Mohandas ‘Mahatma’ Gandhi particularly wanted. Bearing in mind, however, the likely ramifications of a civil war between Hindus and Muslims in India, it seemed, in the end, the only viable solution. A boundary commission, sponsored by the British government, attempted to divide India along Hindu and Muslim lines. The result was imperfect, of course, but it created the map of the Indian sub-continent that we now recognize today. India and Pakistan would be separated, with what is today Bangladesh part of mainland Pakistan.

On Tuesday, August 14, 1947, Pakistan was proclaimed independent from Britain, and a day later, India followed suit. Almost immediately, as British officials handed over, Hindus in India began attacking and killing Muslims, and in Pakistan, vice versa. The result was a mass slaughter as Muslims trapped in India sought to flee to Pakistan, and Hindus and Sikhs caught in Pakistan tried to make it across the border into India. The result was death and mayhem on truly epic proportions.

In total, about 11.2 million people successfully crossed the India-West Pakistan border in different directions, mostly through the Punjab region. Some 6.5 million of those were Muslims migrating from India to Pakistan, and 4.7 million Hindus and Sikhs from Pakistan to India. Over 14 million people were displaced along religious lines, and between 1-2 million people lost their lives.

As we approach the top of the list, the Cambodian Genocide, the infamous Killing Fields of the 1790s, ranks very highly. This is simply because it was about ideological killing on a major scale, and because it was accompanied by such cruelty and such wanton human suffering.

The name associated with this phase of South East Asian history is Pol Pot, leader of the Khmer Rouge, a name that still resonates as the personification of evil. But Pol Pot was not alone in perpetuating the horrors of his rule. If he was, it might make it easier to explain. A lot less easy to explain is the national derangement that gripped one half of Cambodia, causing it to react with such violence towards the other.

The Khmer Rouge, or the Red Khmer, was a movement born out of the struggle against French colonization. This began its extreme animus towards the west, a sentiment reinforced by the overspill of the Vietnam War. In March 1970, the military in Cambodia ended the traditional rule of Prince Sihanouk. The Khmer Rouge, a communist group headed by revolutionary, Pol Pot, allied itself with Sihanouk against the coup plotters, thus creating the conditions for the bloody civil war that followed.

The military government solicited the aid of the United States, and a heavy-handed US response included a massive bombing during 1973, killing some 300,000 people. This further reinforced a popular anti-West, anti-US movement in Cambodia, on the back of which, in April 1975, Pol Pot led the Khmer Rouge to victory.

What followed was an extreme Maoist, Marxist-Leninist movement in Cambodia, and an extreme, and inexplicable antipathy towards intellectuals and professionals. This ideological aversion soon extended to ethnic Vietnamese, Chinese, Thais, Christians, Muslims and Buddhists, and indeed anyone at all perceived in any way to be an enemy of the revolution. Cities were emptied out, and anyone conforming to this broad definition of the enemy was consigned to labor camps in the countryside. Here, conditions of physical abuse, disease, exhaustion, and starvation began to claim the lives of hundreds of thousands of people.

The ideological underpinning of all of this was simply the Maoist principle of transforming Cambodia into rural and classless society, with a population consigned to labor on collectivized farms. The name of the country was changed in 1976 to ‘Democratic Kampuchea‘, and Pol Pot, or ‘Brother Number One’, declared the day of victory ‘Year Zero’ as he set about building his Utopian republic.

The Khmer Rouge regime was characterized by extreme and indiscriminate brutality. Doctors, teachers, monks, journalists, the wealthy, artists, anyone with an education and ethnic or religious minorities were all singled out for arbitrary execution. No one was safe, not even children, for as the philosophy went, ‘to stop the weeds you must also pull up their roots’.

As the genocide progressed, survival was determined simply by an individual’s ability to do work on the collective farms. In ‘Killing Fields’ set up all over the country, confessions were solicited by torture, and execution immediately. Between 1.5 and 3 million Cambodians died, or were killed by the regime. The regime was toppled in January 1979, and Pol Pot died in April 1998, on the eve of his being handed over to international justice.

No one need ever be reminded that the greatest and least disputed incidence of genocide in modern history was the systematic exterminations of Europe’s Jews by the Nazi regime of Adolf Hitler. However, the Holocaust, although predominately targeting Jews, was also an expression of Nazi aversion to any group or individual not conforming to a narrow definition of Aryan purity. Such groups as Slavs, blacks, Roma, various Soviets, prisoners of war of different shades, homosexuals, Jehovah’s Witnesses and political opponents were all treated much the same.

The mechanics of the Holocaust are now so universally understood that nothing can be added here. Perhaps, instead of asking how, the question why might be better suited to this format. The Cambodian Genocide was ideological, but it was also random and inexplicable, and in the end, its ideological basis dissolved in undiluted murder. The Nazi extermination of the Jews, on the other hand, was strictly ideological and remained so until its conclusion.

The Israeli historian and scholar Yehuda Bauer, in probably the most frequent declaration on why it happened, proclaimed that the Holocaust was ‘… rooted in an illusionary world of Nazi imagination, where an international Jewish conspiracy to control the world was opposed to a parallel Aryan quest. No genocide to date had been based so completely on myths, on hallucinations, on abstract, nonpragmatic ideology which was then executed by very rational, pragmatic means.’

In other words, a ridiculous idea with no basis in rational thought was undertaken and executed with brilliant and systematic precision. Vaguely the idea was to purify the races under German control, and create thus a race-worthy of European domination. Why the Jews were targeted in particular conforms to an age-old strategy of isolating a conspicuously wealthy subculture, and placing upon it the blame for every ailment and every woe afflicting an ethnically dominant population.

It must be remembered that the rise of Nazi Germany can be attributed to the terms of the peace imposed on imperial Germany in the aftermath of WWI. The economic suffering of the German people that followed, and the rise of nationalism that this set in motion, created ideal circumstances for a merchant and banking class to attract the attention of a disposed population. Hitler harnessed this anger and dissatisfaction and directed it at the Jews. He was thus able to interweave his own warped ideology with the mood of a nation. Needless to say, not all Germans subscribed to his vision, but enough did to render it practical, and, as the old saying goes: ‘Bad things happen when good people do nothing.