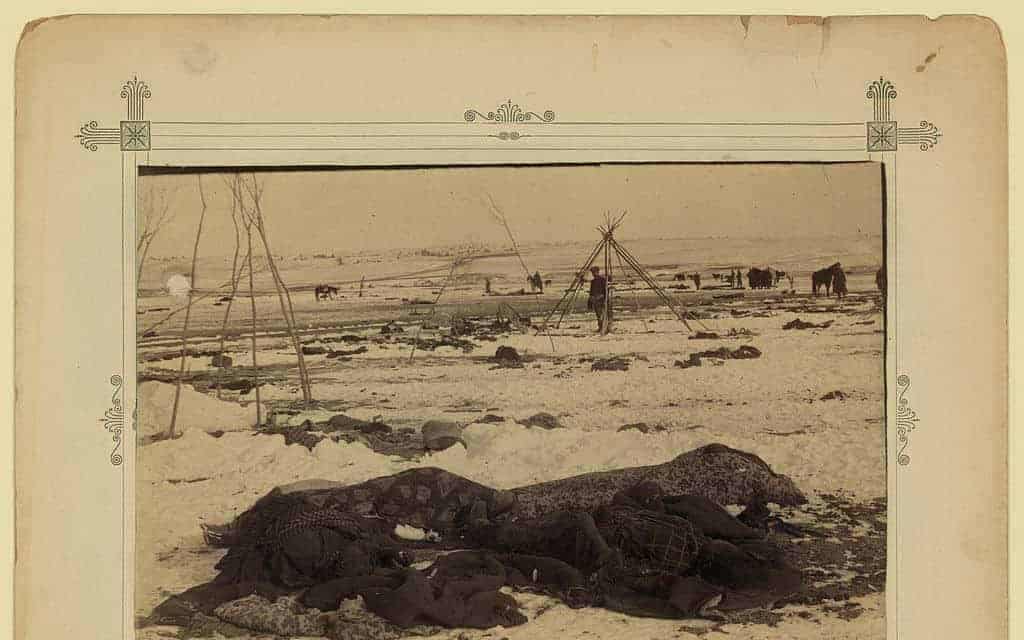 This Day In History: Many Indians are Killed At Wounded Knee (1890)

On this day in 1890, the last great confrontation in the long struggle between American and Native American tribes occurred. On this date in history, the US cavalry massacred almost 150 Sioux at Wounded Knee on a reservation in South Dakota. The incident at Wounded Knee was called a battle at the time but since then, it has become to be seen as a massacre. In 1890 the Federal government which was responsible for the Indian reservations was gravely concerned by the growing influence of a new religious movement on the Sioux.

Many American officials believed that the Ghost Dance movement was going to inspire an attempt by the Sioux to escape from the Reservation and renew hostilities with white settlers. The Ghost Dance Movement sought Indians to return to their old ways and worship the gods of the traditional religion. If they did the white men would be defeated and they could return to their lands and their old way of life. The Americans believed that Sitting Bull was behind this but this was incorrect. The great Native American leader was killed as Reservation police attempted to arrest him. This greatly increased the tensions on the Pine Ridge Reservation and the Ghost Dancers saw the death of Sitting Bull as a sign. The US government believed that the Sioux on the Reservation could revolt at any time.

On December 29th a unit from the 7th Cavalry encountered a band of Ghost Dancers, led by a religious leader by the name of Big Foot. They demanded that the Ghost Dancers hand over their weapons and disperse. A shot was fired and this alarmed the US cavalry and they opened fire on the assembled Indians. They were armed with the latest rifles and they simply mowed down the Indians. At least 150 Indians were killed but some claim that the death toll was much higher. The Indians were armed and they returned fire and killed twenty-four members of the 7th Cavalry. Among the Indian dead were many women and children.

The so-called Battle of Wounded Knee was avoidable. Some have argued that the men of the 7th Cavalry wanted revenge for the massacre of Custer’s unit at the Battle of the Little Big Horn, 14 years earlier. The massacre could also have been the result of things spinning out of control. The killings at Wounded Knee ended the Ghost Dance Movement and was the last bloody confrontation between the US army and an Indian tribe.

The Massacre of Wounded Knee was to become emblematic of the US government’s mistreatment of the Native Indian tribes. In 1973, another confrontation took place at Wounded Knee between Indian protestors and State troopers. In this two Indian activists were killed in a gun battle with police.