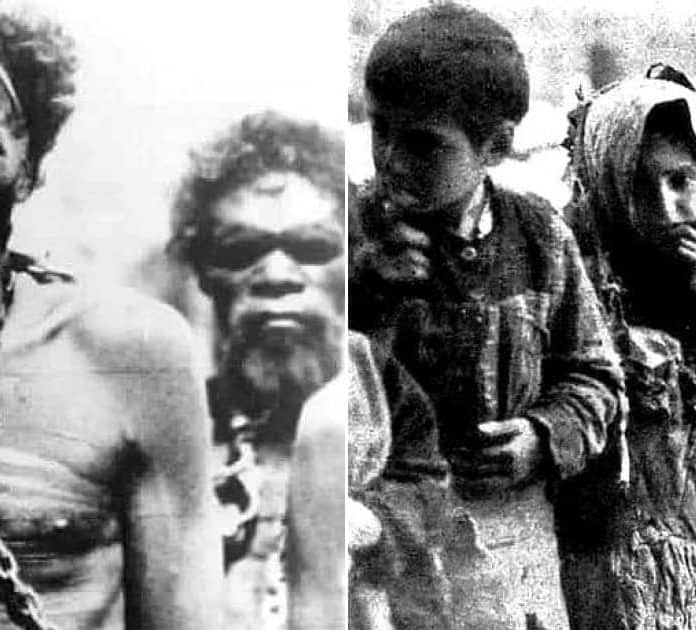 According to the United Nations Convention on the Prevention and Punishment of the Crime of Genocide, the definition of genocide is the deliberate and systematic destruction, in whole or in part, of an ethnic, racial, religious or national group. This offers a very wide scope of interpretation, and as such, the determination of what is and what is not genocide has embroiled nations and institutions since accountability was first established.

The principal of genocide is to remove from a nation, a territorial space or a social landscape one or more ethnic group determined to be incompatible with the well being of the greater whole. Genocide in the modern age is often synonymous with tribalism and sectarianism, and very frequently associated with scarce natural resources such as land and water. In ancient times, genocide was more often associated with religious and ethnic incompatibilities, and history is littered with incidences of the powerful preying on the weak.

In recent history, wars such as those in the Balkans were fuelled by enmities and hatreds buried in the ancient past, and boiling up into acts of genocide that prove the phenomenon is very much part of our modern world. What follows are ten egregious examples of genocide taken from a lengthy list, defining examples as they affect all the major, dominant races of the earth.

We have chosen the Wounded Knee Massacre to begin with because it is symptomatic of the wider genocidal treatment of the indigenous people of the Americas. From the conquistadors to the Trail of Tears, Native Americans have suffered consistent assaults on their integrity as a race at the hands of incoming Europeans. An analysis of that entire chapter, of course, would be impossible in just a handful of paragraphs, so here is one well-known episode.

By the 1890s, a long and desperate struggle on the part of Native American tribes to stem the tide of US expansion was lost. The Plains Indians perhaps suffered the destruction of their way of life and livelihood more acutely than any other. As was true with vulnerable people all over the world, falling victim to introduced diseases, slavery and dispossession, a strong, utopian movement took root among the Plains Indians, known as the Ghost Dance. This was a movement that promised a supernatural return to a time before the arrival of the white man, manifest in specific songs and dances communicated to their profits and seers. Such spiritual accoutrement as ‘Ghost Shirts’ were worn as protection against white man’s bullet’s, and a mood of defiance, perhaps even belligerence began to be expressed.

Naturally, the US authorities, receiving intelligence of this, interpreted the Ghost Dance as a war dance of some sort, and an obvious preliminary to an uprising or rebellion. It was therefore decided to nip any militant ambitions in the bud by implementing a crackdown. Initially, on December 15, 1890, an attempt were made to apprehend the famous Lakota Sioux Chief Sitting Bull, but the operation was botched, and in the subsequent violence, Sitting Bull was killed.

Sensing danger, and led by Chief Spotted Elk – known to the US authorities as Big Foot – a band of Lakota Sioux broke out and headed for the relative sanctuary of the Pine Ridge Reservation. A few days later they were intercepted by a detachment of the 7th Cavalry, and escorted to Wounded Knee Creek where they made camp. Soon afterwards, cavalry reinforcements under Colonel James Forsythe arrived, encircling the Indian camp, placing four rapid-fire Hotchkiss machine-guns on the perimeter.

Sensing that something was afoot, the Lakota began a Ghost Dance, and nervous cavalrymen watched what they believed was a bizarre and dangerous ceremony. An attempt to disarm a young Lakota named Black Coyote provoked a scuffle and a rifle was discharged. When the dust settled less than an hour later, almost half the Lakota lay dead, including women and children. Thirty-one US troops were also killed, most of those by their own machine guns.

The Ghost Dance movement also died that day, along with up to 300 Lakota. Wounded Knee is remembered as an iconic moment in Native American resistance, and symbolic of the wider destruction of an ancient people, removed from their ancient occupation of the land.