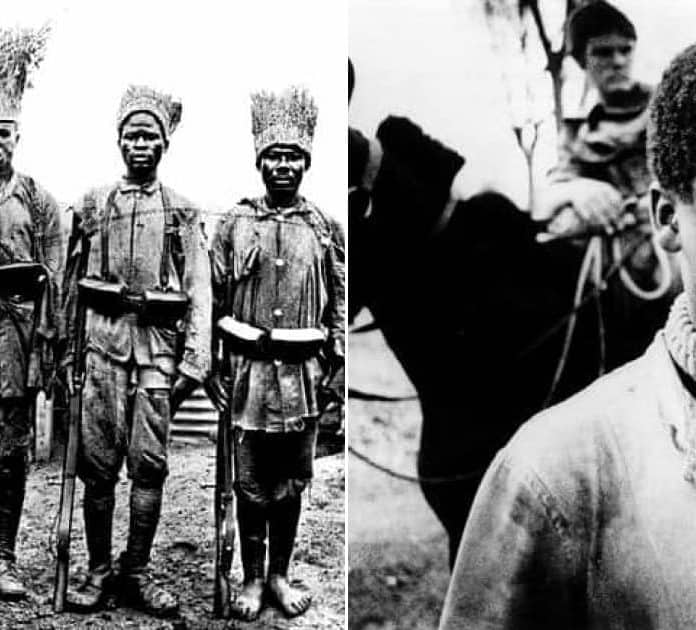 Africa is no stranger to war, and in fact, the hard facts of war often seem a lot harder in Africa. Recent events like the Rwandan Genocide, the Blood Diamond conflict in Sierra Leone and the ongoing horror of the Eastern Congo fueled the mood of ‘Afro-pessimism’ that was so prevalent in the 1990s.

These, however, are simply the modern manifestations of a long tradition of warfare in Africa, stretching back beyond recorded history. Foreign influence in Africa can be traced back to the Roman conquest of Egypt, the trade influences of Arabs along the east coast, and, of course, slavery and colonization. All of these prompted wars and conflicts. The aftermath of colonization left a slew of newly minted nation-states, often with mutually antagonistic ethnic populations, trapped within borders not of their making.

The legacy of this is a recipe of almost endless war in those parts of Africa affected by warlordism, opportunistic politics and ethnic incompatibility. Fortunately, the ‘Dark Continent’ is a brighter place in the 21st century, but warfare remains very much a feature of the modern African landscape.

Here we will touch on ten conflicts that characterize the history of African war in the last 100 years, from tribal to colonial to global.

In the early 19th century, a military phenomenon emerged in the eastern hill country of South Africa that utterly galvanized a nation of people. The name ‘Zulu’ is synonymous with black African power, and the name ‘Shaka Zulu’ resonates with the same authority as Julius Caesar, Hannibal or Napoleon. In facts, the great Shaka Zulu is quite often referred to as the ‘Black Napoleon’.

The late 18th and early 19th century was a time of great demographic change in South Africa. From the south, white, Dutch settlers were pushing north from the Cape, contacting southward moving Bantu tribes in series of ongoing wars. For centuries prior to this, the various Bantu nations had been migrating south from Central Africa in a loosely organized confederation of related tribes and language groups. However, as white expansion north began to create land pressures, what had been a generally peaceful migration over many centuries began to grow more competitive and aggressive. Add to this the resources increasingly available through trade with Arabs and Portuguese, and the conditions were ripe for a major conflagration.

Into this situation was born the illegitimate son of a minor chief, chief Senzangakhona of the tiny Zulu clan. The child’s name was Shaka, and the complex circumstances of his birth, and his illegitimacy endowed him with a powerful grievance against his father. The Zulu were part of a much larger, polyglot federation of tribes in the east of South Africa, beginning to form a complex and multi-faceted society. It was a military society, and Shaka, as he grew up, was inducted into the ranks of the army, and very quickly his military genius became evident.

Upon the death of his father, Shaka seized the crown of the Zulu in an effective coup d’état, and although a small tribe, he set about creating a military nation. There are many factors that play into the emergence of the Zulu as the most powerful state in sub-Saharan history, and much of it has to do with revolutionary military tactics. Haphazard traditions of warfare were modified under extreme discipline, revolutionary weapons and brilliant tactics. The effect was somewhat similar to the impact of the Romans on the tribes of Europe. Nothing like it had ever existed before, and the mass of the population had absolutely no answer to it.

The Zulu grew rapidly in power, and Shaka’s empire exploded in size and scope. It was characterized by astronomical levels of violence, and driven by a personality cult that inspired, and still inspires, fanatical loyalty. In the early decades of the 19th century, the violent expansion of the Zulu had the unintended consequence of creating a cyclone of cascading violence, conquest and counter-conquest. This was the Mfecane, a word with the idiomatic meaning ‘Scattering’. The number of lives lost has never been calculated, but the event is seminal in South African history.

On September 22, 1828, Shaka was assassinated by his brother. His mental health had deteriorated to the point where killing more of his than the wars he inspired. He remains, however, central to the Zulu self-image.