Sorting Through History: 7 Facts About the Vietnam War That Remind Us of the Chaos of Wartime 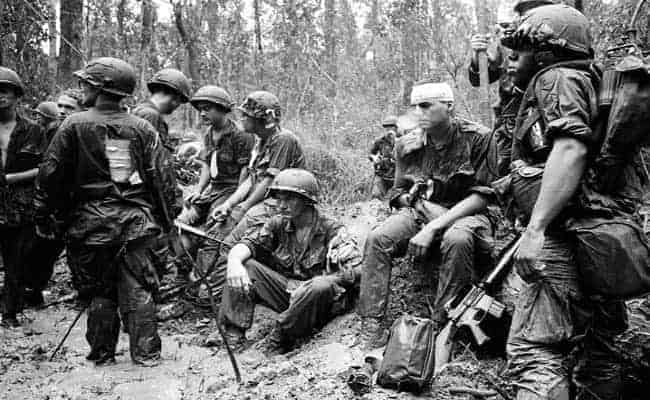 Sorting Through History: 7 Facts About the Vietnam War That Remind Us of the Chaos of Wartime

A period of war is always a time of confusion and anger. For those who were initially in favor of the Vietnam war, as well as those who played a part on the frontlines, the American public was (and perhaps never will be) truly informed about the events that took place. According to many of those who feel betrayed and unsupported to this day, the media also added to the widespread doubt and chaos of the era.

After 50 years, any cover-ups or misinformation about Vietnam still take precedent over the actual events that occurred. And as we look back on this twenty year period that ended in thousands of deaths and countless more wounded, we can only rely on the facts we know for certain, while remaining vigilant in finding answers to things we’ve yet to clarify. 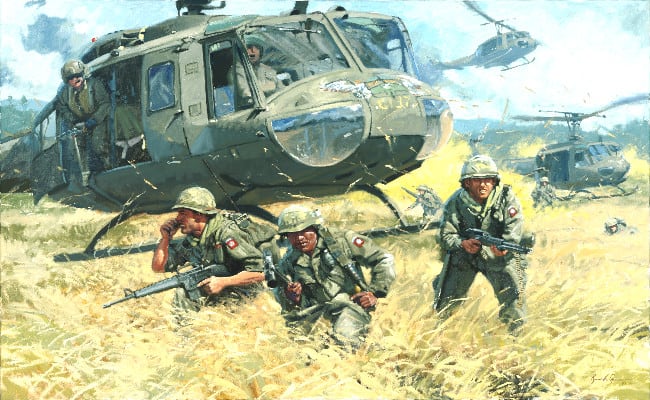 Evidence suggests that the United States only sent over supplies and advisors before 1965. Before French Indochina fell, the end of World War II led to an independent Democratic Republic of Vietnam for some time, under the direction of President Ho Chi Minh.

But just as Minh realized that the restoration of French rule was becoming a priority for the Western Allies, Chinese advisors as well as Soviet equipment started flowing in North Vietnam. And while Dien Bien Phu marked the victory of the Vietnamese over the French, the country would ultimately end up divided. Therefore, in 1954, an insurgency came into play, but was quickly upended by the new South Vietnamese government under the control of Ngo Dinh Diem, leading to a society on the brink of war and gaining the attention of the US.

6. 1963 Was a Year of Two Presidential Deaths, in America and South Vietnam 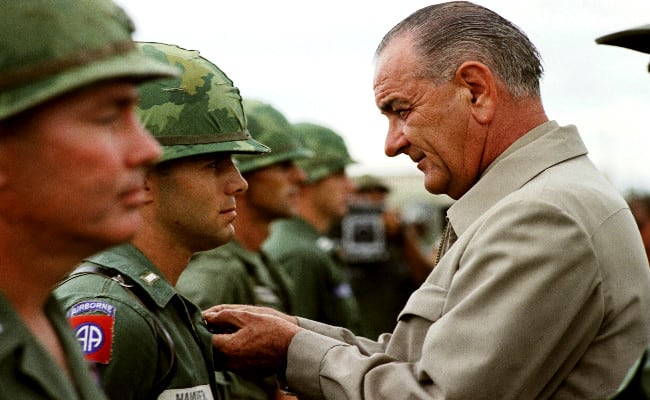 Any ideas of containment in the country swiftly became a dream. President Diem was shot in an armored vehicle on November 2, 1963, at a time when there were already 16,000 U.S. advisors in Vietnam. US President Kennedy and the Secretary of Defense Robert McNamara were both in an uproar over the news, believing that the US government played a role in the responsibility for his death.

And their upset would soon become clearer, as the Pentagon Papers leaked information stating ties between the U.S. and Diem over-throwers. Adding more fuel to the fire, the U.S. government gave the generals in Vietnam their approval to start planning a coup.

And within twenty days, Kennedy himself would be shot.

5. Events in the Gulf of Tonkin Weren’t Completely Accurate 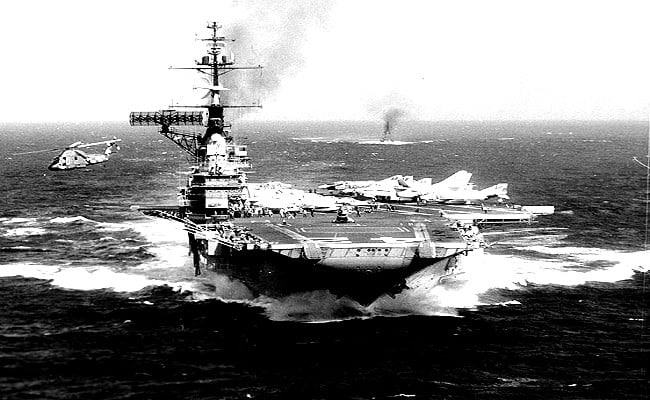 The incident recorded in the Gulf of Tonkin was the precursor for mounting American action in Vietnam. It refers to two incidents that were said to occur in August 1964, including the destroyer USS Maddox getting attacked by NVA torpedo boats. In response, The Maddox responded by shooting off over 280 rounds.

Yet there was no official response from the Johnson Administration, and the US military and the public felt their first betrayal, suggesting Lyndon Johnson was a coward. To top this off, the second incident – which supposedly occurred on August 4th – apparently never happened at all, according to Secretary McNamara who admitted as much in Errol Morris’ 2003 documentary The Fog of War. Then the Pentagon Papers even led to allegations that the Maddox fired first in the first incident, in an effort to keep the Communists at a safe distance.

Therefore, the deployment of US troops as a response to the Gulf of Tonkin was seemingly carried out on a base of lies and manipulation – yet the beginning of open war on North Vietnam was already underway. 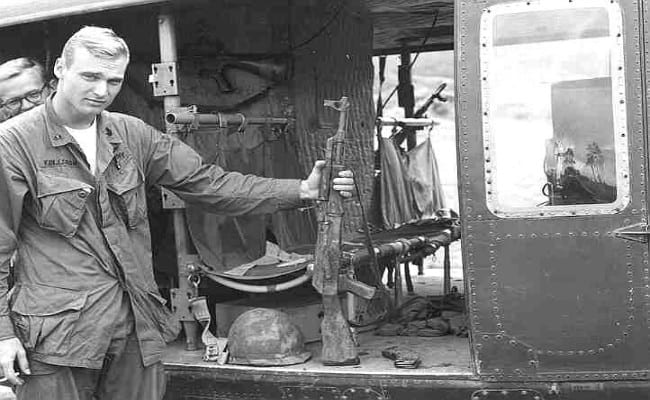 The immediate response to General William Westmoreland’s decision to replace the M-14 rifle with the M-16 proved less than favorable. As the Commander of U.S. Forces in Vietnam, Westmoreland wanted the standard issue infantry rifle introduced in 1966, but the first generation of the M-16 rifle was terrible to use, failing to extract and jamming in the middle of heavy enemy fire.

Instead, the US troops decided to pick up the enemy’s weapon, the AK-47. In fact, an underground market was created in Vietnam for those who didn’t trust their M-16.

3. The North Vietnamese Air Force Actually Made Quite an Opponent 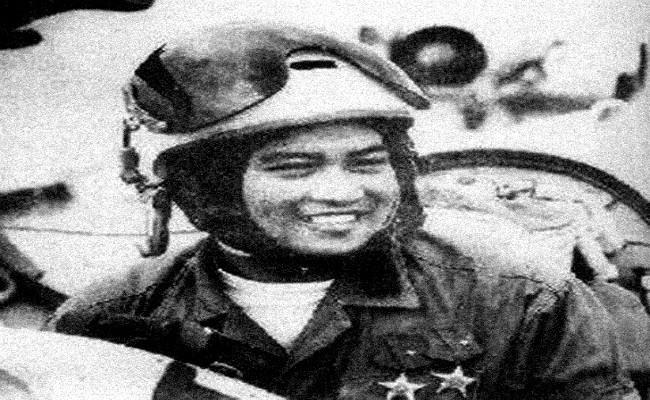 The US were forced to find ways to keep up with loss of aircraft quickly. The Navy’s Top Gun tactics school, founded to train strike fighters, was in response to losing one aircraft for every thousand sorties in Operation Rolling Thunder.

The US couldn’t catch up to the NVAF. By the end of the war, the US only had three fighter aces, while the NVAF had 17.

2. A Majority of the US Troops Had Volunteered, They Weren’t Drafted

A fairly surprising number of troops were volunteers, not draftees. In fact, more than three-quarters of those who fought in Vietnam were never drafted. Between 1965-1973, only 1.8 million of the 8.7 million troops weren’t volunteers. And of those numbers, 2.7 million were fighting in Vietnam during this time, of which only 25% were drafted and only 30% of combat deaths were draftees.

1. The Media Was Blamed For Showing a Different Version of the War 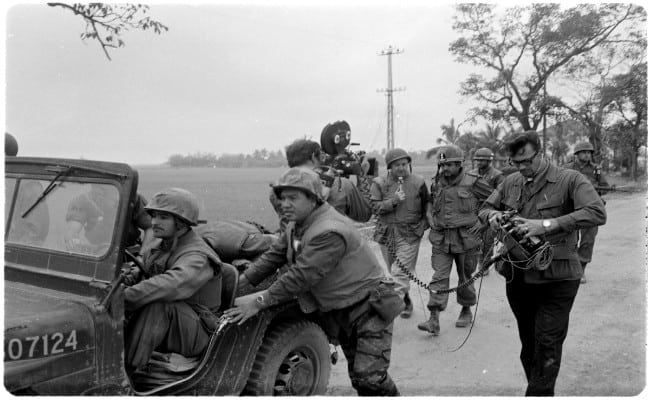 Media during the Vietnam War was led by the infamous Walter Cronkite, a trusted face on every American television screen. And until 1968, the media was serving more as a mouthpiece for American policy, disregarding any concept of disengaging from the war.

The Tet Offensive was widely seen by veterans as only a media success, and it was during this time that Cronkite himself even believed the war to be unwinnable. Overall, it’s been suggested that the media was boasting of more success than was ever truly happening in Vietnam, and many weren’t aware of questioning the government as an option yet.