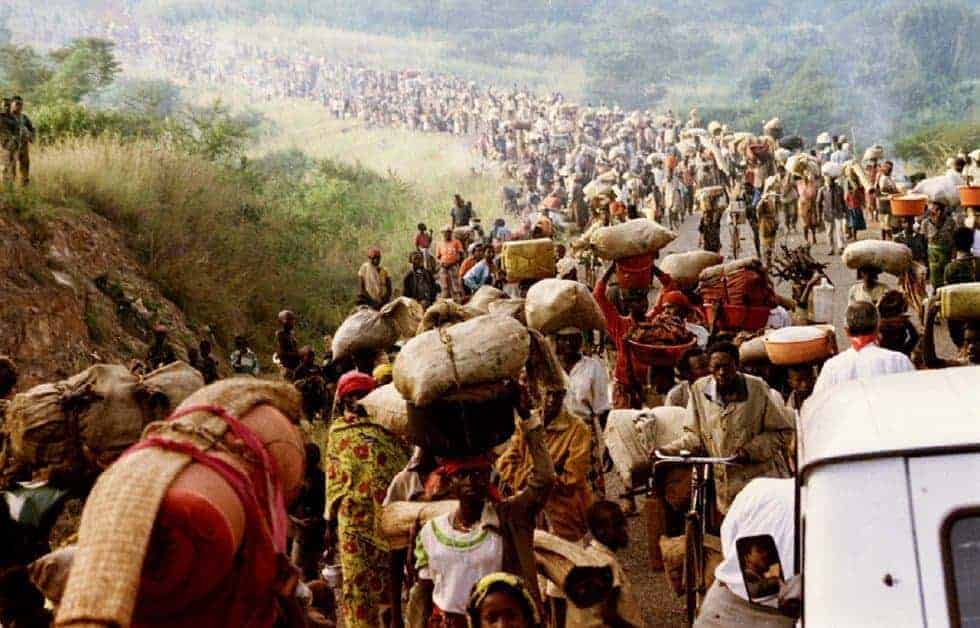 The Rwandan genocide was the mass slaughter of the Tutsi in Rwanda by members of the Hutu majority government. The Rwandan genocide was not a tribal conflict. They share the same language; the same religion; the same culture. They had lived together for centuries before the arrival of the European colonists. The minority Tutsis were mostly aristocratic cattle herders, and the majority Hutu were mostly farmers and peasants. The differences between the communities were emphasized by the Germans and Belgians as an instrument of colonial rule. The Belgians changed these terms from separating based on socio-economic classes to signify different socio-ethnic groups.

After Rwanda gained its independence in 1962, the distinctions driven by the Europeans remained. The Hutu majority continued to use these labels politically to win elections. Before 1994, 14% of the population was Tutsi, 85% were Hutu, and 1% were Twa. The only way to differentiate between these groups was to check national identity cards.

On April 6, 1994, less than a year after a ceasefire was established between the Hutu government and the Rwandan Patriotic Front (RPF), the Tutsi-backed paramilitary led by Paul Kagame, an airplane carrying President Juvenal Habyarimana and the Burundian President Cyprien Ntaryamira was shot down. The assassination of Habyarimana ended the peace talks.

The genocide began the following day. Soldiers and police executed Tutsi and moderate Hutu political leaders who were a threat to the Hutu radicals. Checkpoints were created to check ID cards in order to systematically kill the Tutsi. Citizens were pressured to kill their Tutsi neighbors. Rape was also used as a tool to divide and dehumanize. UN Special Rapporteur Rene Degni-Segui stated, “Rape was the rule and its absence was the exception.” During the conflict, Hutu extremists released hundreds of HIV/AIDS positive patients from the hospitals to form ‘rape squads’ During the 100-day period from April 7 to mid-June in 1994, between 500,000-1,000,000 Rwandans were killed. This constituted roughly 70% of the entire Tutsi population. 30% of the Twa people were also killed.

The genocide ended when the RPF, took control of the country. Nearly 2,000,000 Rwandans, mostly Hutus, became refugees as a result of the RPF’s efforts.