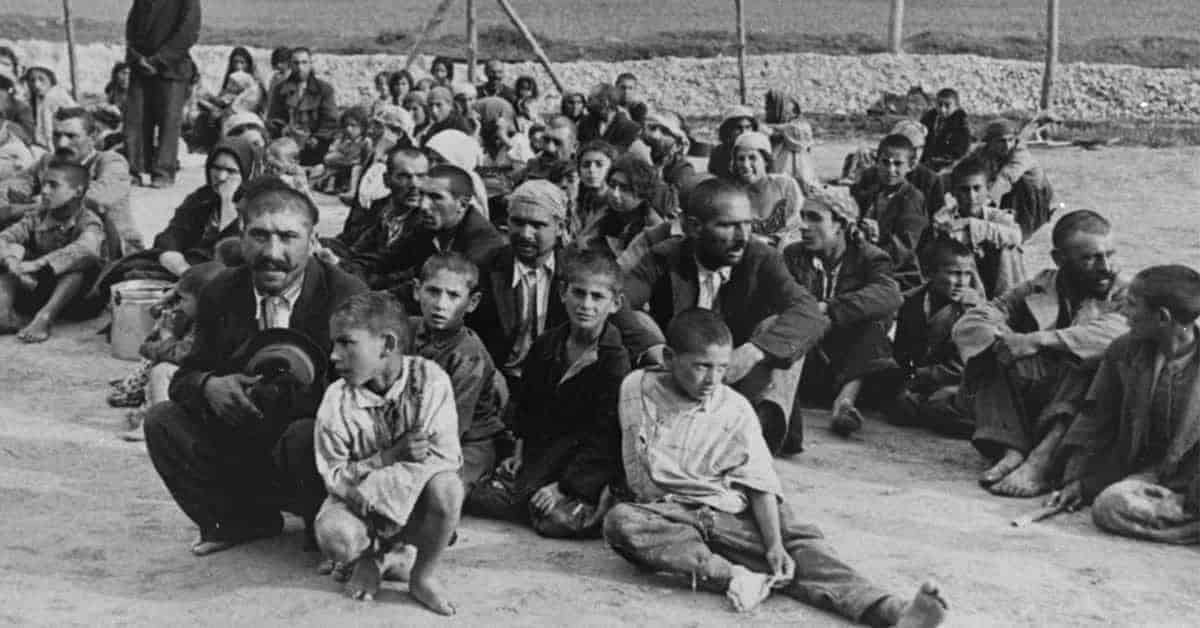 The Romani genocide, known as the Porajmos, was the planned and attempted effort, during World War II by the Nazi German government to exterminate the Romani, Gypsy, people from Europe.

In 1899, the Imperial Police Headquarters in Germany established the Information Services on Romani by the Security Police, purposed to keep records and continuous surveillance on the Roma community. Romani were forbidden from entering public swimming pools, parks, and other recreational areas. They were considered criminals and spies.

In 1926, the Law for the Fight Against Gypsies, Vagrants and the Workshy were enforced in Bavaria and became a national norm three years later. The law forbade Gypsy clans from traveling to the area, and those already living there were to be “kept under control so there [was] no longer anything to fear from them with regard to safety in the land.” Those unable to prove regular employment could be sent to forced labor camps.

When Hitler rose to power in 1933, the anti-Gypsy laws remained in effect. Many Romani were arrested under the Law Against Dangerous Habitual Criminals. Legislation based on ‘fighting crime’ became redirected a racialized policy of ‘fighting against people.’ A supplemental decree to the Nuremberg Laws, the Law for the Protection of German Blood and Honor and the Rich Citizenship Law, was issued on November 26, 1935, defining the Romani as “enemies of the race-based state,” in the same category as the Jews.

Nazi persecution of the Romani began in 1936 when they began transferring the people to municipal internment camps on the outskirts of cities. The Nazis then sent them to the concentration camps Dachau, Dieselstrasse, Marzahn and Vennhausen. Initially, there was disagreement about how to solve the “Gypsy Question.” Heinrich Himmler, commander of the Schutzstaffel (SS), ‘lobbied to save a handful of pure-blood Roma,’ as established by the Racial Hygiene and Demographic Biology Research Unit, whom he believed to be an ancient Aryan people fit for ‘ethnic reservation.’ He was opposed by Martin Bormann, the Chief of the Party Chancellery, who believed that all the Romani should be deported. The debate ended on December 16, 1942, when Himmler signed the order to begin the mass deportations of Romani to Auschwitz and Treblinka. They were given brown/back triangle identification patches.

The Nazis in France, the Balkan states, and the Soviet Union sent Einsatzgruppen, Mobile Killing Squads, from village to village, massacring the Jews and Gypsies.

The U.S. Holocaust Memorial Research Institute estimates that between a half-million and a million-and-a-half, 50% of the entire Romani population, were murdered by the Nazis.

European Roma Right Center – Being A “Gypsy”: The Worst Social Stigma In Romania

Encyclopedia Britannica – The Einsatzgruppen And Their Fellow Mobile Killers

Richard Rhodes – Masters of Death: The SS-Einsatzgruppen and the Invention of the Holocaust

Time Magazine – The Persecution of the Roma Is Often Left Out of the Holocaust Story. Victims’ Families Are Fighting to Change That

United Nations – Forgotten Victims: The Nazi Genocide of the Roma and the Sinti

History of Yesterday – The Holocaust Victims We Don’t Talk About