These 8 Lesser Known Genocides and their Leaders Will Shock You

These 8 Lesser Known Genocides and their Leaders Will Shock You 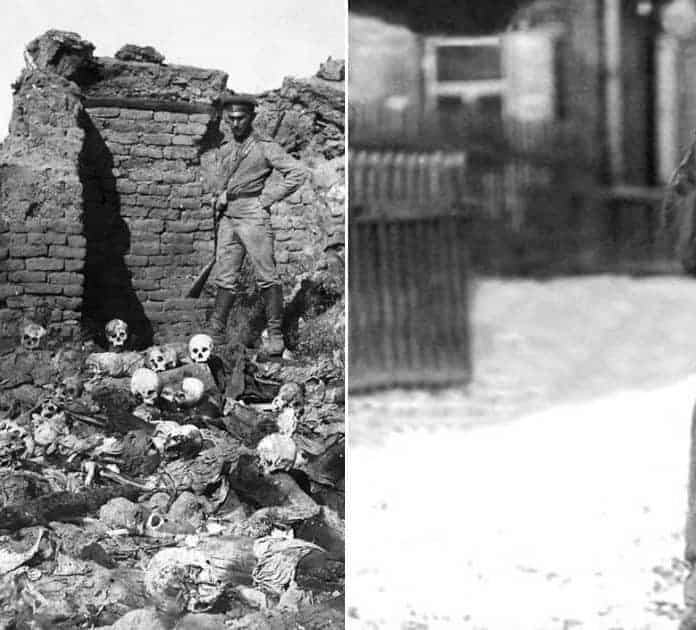 Genocide is the destruction of a people or peoples based on ethnic, racial, religious, or national distinctions. It has been practiced throughout history, by national or religious leaders who have used bigotry, prejudice, or religious factors to justify it to those performing it upon another people. The names Adolf Hitler, Josef Stalin, and Saddam Hussein are well known and associated with genocide, which they should be, but many others committed equally appalling crimes of mass murder, some forgotten to history, other than by descendants of the survivors. Acts of genocide have inflamed racial and ethnic hatred down through the centuries, leading to further crimes against peoples, including further mass killings.

A common belief today is that the atrocities committed in the past, such as the Holocaust perpetrated by the Nazis, cannot happen today. Many adopt the attitude that civilization would not tolerate such an act. But genocides occur around the world with depressing regularity and the civilized world does little to stop it. ISIL began a genocide against the Yazidis in Northern Iraq and Syria, which has received little international attention beyond the overall battle against the Islamic terrorist group. Estimates as high as 40% of the population of East Timor being slaughtered between 1975 and 1999 drew some attention in news reports and international studies, but national governments were unable to even agree that the actions by the Indonesian government which caused the deaths constituted genocide.

Here are some examples of lesser known acts of genocide throughout history, and the leaders who inspired and prosecuted them.

The Cathar people were a dissenting religious sect in the southern region of France known as Languedoc. They disagreed with the church hierarchy in Rome over matters of religious practice, including the often dissolute behavior of priests and bishops. Cathars believed that any member of the church had the authority to consecrate the Host for communion, hear confessions and grant absolution, and directly challenged papal authority.

In the late 12th century several church councils condemned the Cathars, confiscated their property, and imprisoned their leaders for heresy. In 1208 the Pope, Innocent III, declared all Cathars to be heretics, announced that their lands were forfeited to the Church, and offered those lands to any and all French noblemen who would join a crusade to exterminate the Cathars.

Innocent III was one of the most powerful of all popes, claiming and enforcing authority over all of Europe’s national leaders. To him, the Cathar sect was a direct threat not only to his religious authority but to his secular power. The crusade against the Cathars allowed the King of France, Phillip II, to consolidate his authority over the region by eliminating local nobles who had now been labeled as heretics by Rome.

In 1209 the French began a crusade to acquire the lands occupied by the Cathars centered around Albi, eliminating the occupants. The wives and children of Cathars were considered to be guilty of heresy as well, and their slaughter was considered to be divinely ordained. By 1215 nearly all of the Cathar’s lands were under the control of the French King, and up to 1,000,000 men, women, and children had been slaughtered in defense of the Church.

Innocent III ordered other crusades against those he considered heretics or infidels, including the Fourth Crusade which led to the sacking of Constantinople, three days of nearly indiscriminate slaughter and looting by the crusaders. When Innocent III was informed of the behavior of the crusaders in his service he rebuked them publicly, but accepted their gifts of looted treasure from the ravaged city. The Lateran Council which Innocent III established in 1215 condemned Jews as blasphemers and denied them employment in public offices, a ruling which would in a later day be cited by Nazis.