The Good, the Bad and the Criminal History of these Notorious Lawbreakers

The Good, the Bad and the Criminal History of these Notorious Lawbreakers 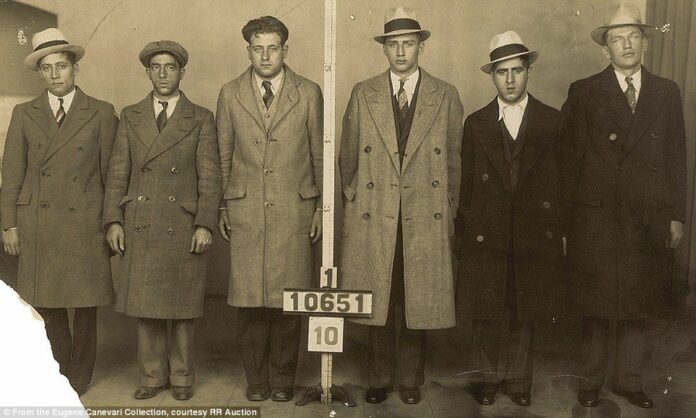 Throughout history, as seen below, criminals and lawbreakers have sometimes been driven by altruistic motives. Take, for example, the teenage criminal forger who put his talents during WWII to helping the Resistance and saving thousands from German clutches. Sometimes they are driven by a mix of good and bad, such as the art forger who made millions, but also conned Nazi bigwigs while at it. Most of the time, though, they are driven by greed or plain evil. Following are forty fascinating things about some of the good, the bad, and the ugly, of lawbreakers from history.

A few weeks after the end of WWII in Europe, Han van Meegeren, a mediocre Dutch artist living in recently liberated Amsterdam, answered a knock on his door. Upon opening the door, two uniformed officials took him away for questioning. He was accused of having collaborated with the Nazi occupiers in plundering the Netherlands’ cultural heritage.

Van Meegren was charged as a criminal for procuring valuable paintings by Dutch artists such as Vermeer and Pieter de Hooch for Reichsmarschall Hermann Goering. Most notable was a previously unknown Vermeer, Christ With the Adulteress, that had been Goering’s pride and joy. The charges amounted to treason, and were punishable by death. Weighing his options, van Megreen decided to come clean, figuring that imprisonment for forgery was preferable to death for treason. He exclaimed: “The painting in Goering’s hand is not, as you assume, a Vermeer of Delft, but a Van Meegeren! I painted the picture!” To save his life, van Meegren then set out to prove that he was a forger.