34 Powerful Images of the Heroic French Resistance Against the Nazis 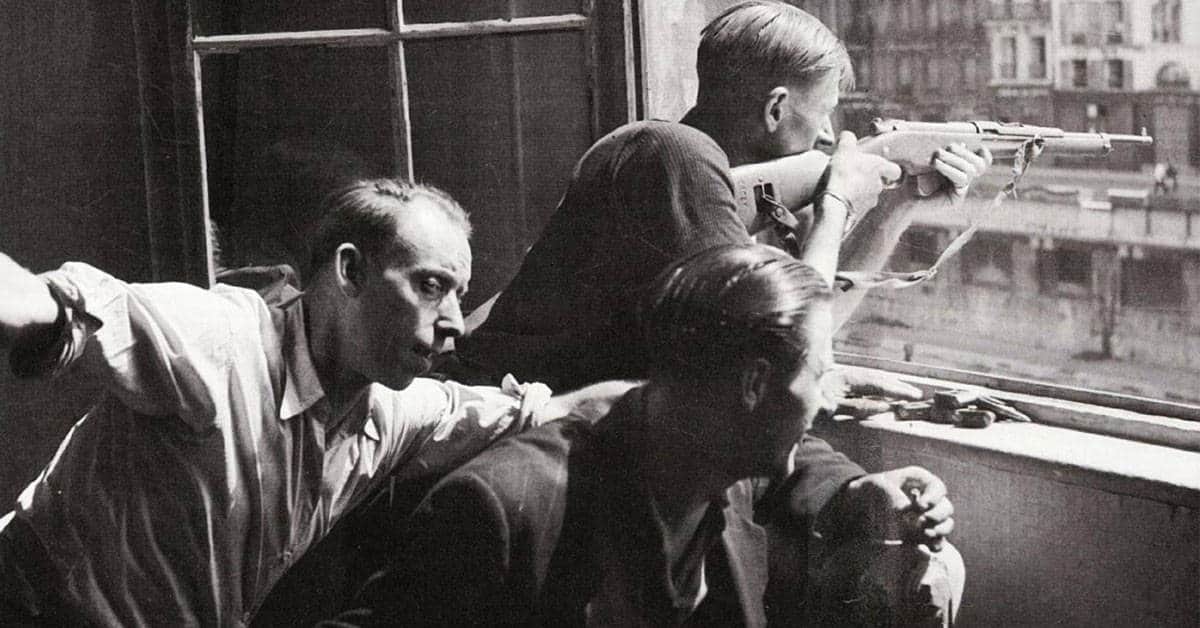 34 Powerful Images of the Heroic French Resistance Against the Nazis

The French Resistance was the collection of French movements that fought against the Nazi occupation as well as the collaborationist Vichy regime during the Second World War. The French Resistance played a significant role in facilitating the Allies’ advance through France after the successful landing in Normandy on June 6, 1944.

The French Resistance provided the allies with military intelligence on the Nazi defenses known as the Atlantic Wall as well as general information on Wehrmacht deployments. The Resistance planned, coordinated, and executed acts of sabotage on the electrical power grid, transport facilities, and telecommunications networks.

After the landing in Normandy, the paramilitary Resistance became more organized and hierarchical. They established themselves as the French Forces of the Interior (FFI). In June 1944, the FFI was estimated to have 100,000 men but by VE Day in May 1945, the FFI had grown to the fourth-largest army in the European theater with 1.2 million men.

After the Battle of France and the second French-German armistice which was signed on June 22, 1940, the brutal tactics employed by the Nazi and Vichy regime to ensure French submission created a discontented minority to form paramilitary groups dedicated to the resistance. One of the most critical conditions of the armistice was that French pay for the upkeep of a 300,000-man army for their own occupation at 20 million reichsmarks per day (400 million franks per day). The overvaluation of the Nazi currency in effect created an operating system of organized plunder. Prices soared, leading to widespread food shortages. French Prisoners of War and the compulsory labor for the Service du Travail Obligatoire, the deportation of about 650,000 laborers to Nazi Germany, caused a labor shortage in France. The Nazi regime also murdered 30,000 French civilians to intimidate the resistance fighters.

British historian Ian Ousby writes: “Even today, when people who are not French or did not live through the Occupation look at photos of German soldiers marching down the Champs Élysées or of Gothic-lettered German signposts outside the great landmarks of Paris, they can still feel a slight shock of disbelief. The scenes look not just unreal, but almost deliberately surreal, as if the unexpected conjunction of German and French, French and German, was the result of a Dada prank and not the sober record of history. This shock is merely a distant echo of what the French underwent in 1940: seeing a familiar landscape transformed by the addition of the unfamiliar, living among everyday sights suddenly made bizarre, no longer feeling at home in places they had known all their lives.”

Gaullism, a political stance named after French Resistance leader and founding President of the Fifth French Republic, General Charles de Gaulle, supported a patriotic resistance to the Nazi invasion. In the Appeal of June 18, 1940, de Gaulle asked every patriot to join the Free French Army to fight the Nazis. The most celebrated moment in the Free French 2 Armored Division was the liberation of Paris on August 25, 1944.

On August 19, 1944, the FFI staged an uprising against the Nazis as the US Third Army, lead by General George Patton approached the French capital. On the night of August 24, part of General Philippe Leclerc’s 2 French Armored Division entered Paris. The next morning, the rest of the 2 Armored Division and the US 4 Infantry Division entered Paris. Dietrich von Choltitz, commander of the Nazi occupational forces and military governor of Paris was forced to surrender.

Immediately following the liberation, France was swept by a wave of executions, public humiliations, assaults and detentions of suspected collaborators known as the èpuration Sauvage (savage purge). Approximately 9,000 collaborators and members of the pro-Nazi Vichy Milices army were executed. Between 10,000-30,000 women accused of collaboration with or having relationships with Nazis or Vichy had their heads shaved and were paraded around town.

Based on figures from June 1944, it is estimated that the FFI killed at least 2,000 Nazis and Vichy. It is estimated that 8,000 resistance fighters were killed in action, 25,000 were executed. About 86,000 were deported and sent to work in labor camps and 27,000 were murdered in death camps.

History Today – A History of the French Resistance

Smithsonian Magazine – Was Vichy France a Puppet Government or a Willing Nazi Collaborator?

France 24 – 75 Years On, Paris Celebrates Its Liberation from Nazis

The Guardian – An Ugly Carnival

National Interest – “Is Paris Burning?” How the Allies Liberated the City of Light from Nazi Rule