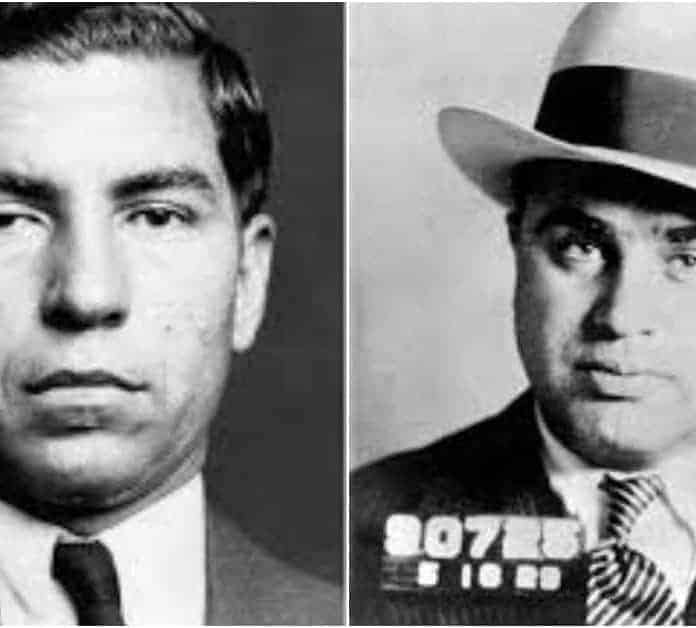 Typically referred to by its members as Cosa Nostra, or “our thing”, the Italian-American mafia – an outgrowth of the Sicilian mafia and the Italian Camorra – once dominated organized crime in the United States after wresting various illegal activities from rival Irish, Jewish, and other gangs. Its rise to dominance is owed in large part to its ability to exploit Prohibition by successfully operating large-scale bootlegging operations, and adapting after Prohibition’s repeal by settling into labor racketeering, gambling, narcotics, prostitution, and other activities.

Today, after the FBI and the Department of Justice took a wrecking ball to it starting in the 1980s – after decades of kid gloves treatment and denials of its very existence by longtime FBI Director J. Edgar Hoover – the American mafia is a shell of what it once was, with most of its activities confined to the northeastern US and Chicago, its ranks riddled with informers, and the ever-present threat of imminent indictments and lengthy jail sentences hanging over all members. In its heyday, however, the American mob had been was one of the world’s most powerful, sophisticated, and disciplined criminal enterprises.

Following are the 12 most important individuals and events leading to the rise of the mafia in the United States.

Most assume that the American mafia had it its roots in New York City, home of the Five Great Crime Families, the Godfather, melting pot extraordinaire, and the first destination of millions of Italian immigrants in the late 19th and early 20th centuries, who disembarked and were processed into the US at nearby Ellis Island. However, what would become the American mafia first emerged not in NYC, or even Chicago, but much further south, deep in the heart of Dixie, in New Orleans.

In 1869, the New Orleans Times reported that the city’s Second District was overrun with “well-known and notorious Sicilian murderers, counterfeiters and burglars, who, in the last month, have formed a sort of general co-partnership or stock company for the plunder and disturbance of the city.” The favored destination of southern Italian immigrants in this period was not the US, but Argentina and Brazil, whose Latin culture, Romance languages, Catholic religion, and warmer climes were more hospitable and easier to adapt to than the US. New Orleans became a secondary destination during the 19th century because of its extensive traffic with those southern locales.

By the 1870s, Sicilian immigrants Carlo and Alberto Matranga had established the Matranga crime family in New Orleans, operating out of a salon and brothel. They expanded their activities from prostitution to labor racketeering and a lucrative extortion racket known as the Black Hand. They collected “tribute” from Italian laborers, as well as from a rival Italian crime family, the Prozenzanos, who monopolized South American fruit shipments.

In the 1880s, the Matrangas warred with the Prozenzanos over control of the New Orleans waterfront, with each family bringing in more and more Mafiosi from the old country. The violence spilled over, putting pressure on the authorities to act. New Orleans’ police chief launched an investigation into the Mafiosi activities, only to be assassinated for his troubles in 1890. Unable to identify his killers, he stated “the Dagoes shot me“, before expiring.

The assassination created a backlash, and 19 New Orleans Mafiosi were arrested and prosecuted. In the first trial of 9 of them, the defendants successfully tampered with the jury, and despite overwhelming evidence, 6 were acquitted while the other 3 had hung juries. The following day, March 14th, 1891, a mob numbering in the thousands, including some of New Orleans’ most prominent citizens, stormed and broke into the prison housing the defendants, lynching 11 – the biggest single mass lynching in US history.

That had a salutary effect on the mafia, demonstrating that unlike Sicily and southern Italy, where criminals could act in brazen defiance of the authorities and society, with little to fear from either, America was different, with limits to what criminals could get away. Thereafter, the American mafia adopted strict rules against the targeting of law enforcement, even preemptively killing leading mobsters seeking to go after cops or prosecutors.