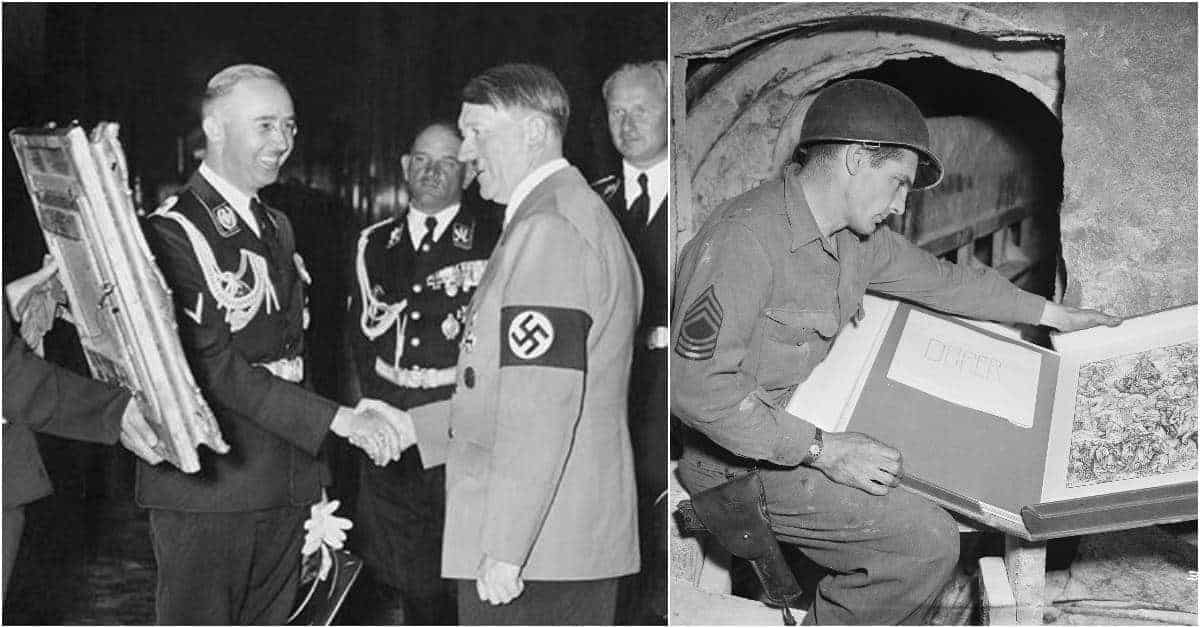 Nazi plunder refers to art theft and other items stolen during the organized looting of European countries during the Third Reich. The plundering began in 1933 and continued through the second World War.

Kunstchutz (art protection) is the German term for the principle of preserving cultural heritage and artworks during armed conflict with the stated aim of protecting the enemy’s art and returning it after the end of hostilities.

The Einsatzstab Reichsleiter Rosenberg (Reichsleiter Rosenberg Taskforce, ERR) was a Nazi organization dedicated to appropriating cultural property during World War II. Between 1940 and 1945, the ERR operated in France, Poland, the Baltic States, Greece, Italy, the Benelux countries, and occupied territory of the Soviet Union.

In a Führer Directive mandated on 5 July 1940, Hitler authorized the ERR to confiscate: precious manuscripts and books from national libraries and archives, important artifacts of ecclesiastical authorities and Masonic lodges, and all valuable cultural property belonging to Jews.

The Monuments, Fine Arts, and Archives program, (MFAA) also known as the Monuments Men, sought to search out and, eventually, recovered many of these items. The effort continues even today as there are currently international efforts to identify the missing Nazi plunder and return it to its rightful owners.