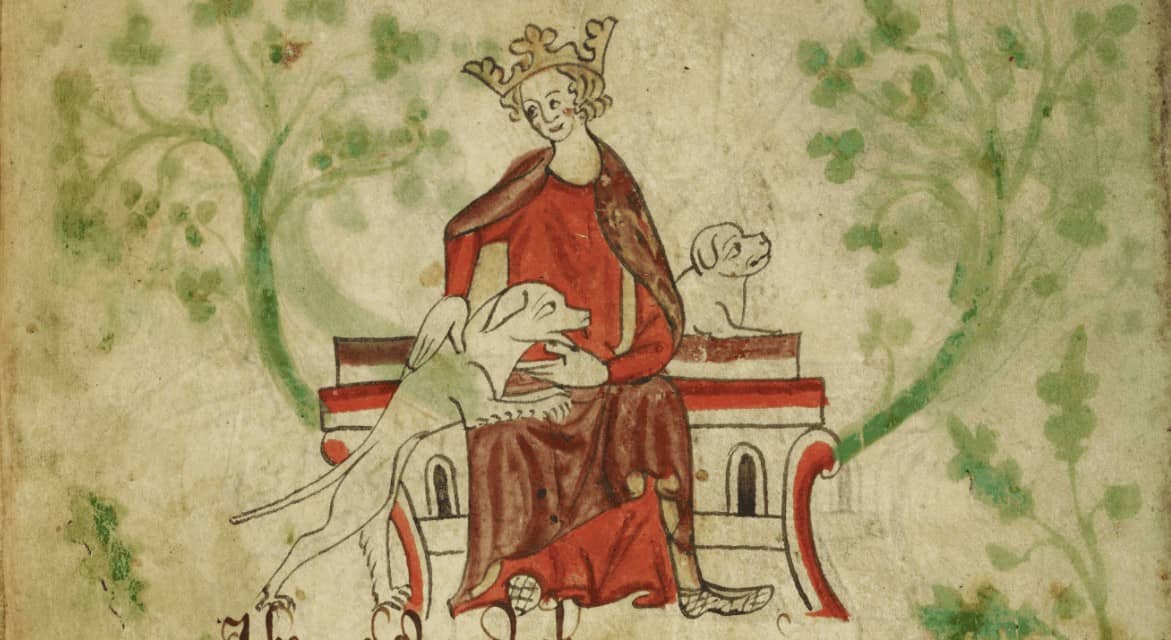 Long before the arrival of European settlers, the American Bison made up an important part of the Native American diet. When the settlers arrived, Bison steak was once again on the menu, and helped fuel the settlers’ exploration. The tracks they’d used for thousands of years scarred the Great Plains, and gave Europeans ready-made highways to use. Many later became railroad tracks, as the enormous country took its modern form. On a more sinister note, the US government in the 19th century encouraged Bison hunting for sport to cut off a major part of the Native American diet.

15. The market for beaver skins saw Native American tribes wiped out by war and disease in the 18th century

Through the High Middle Ages and Early Modern Period, Europeans hunted beavers for fur and castoreum, making them near-extinct. However, when they began to colonise North America, they found beavers in abundance. Soon Britain and France became fierce rivals in the lucrative beaver-skin trade. Skins fetched high prices back in Europe. Native Americans had killed beavers for fur and meat for centuries, and thus came into conflict with the immigrants. Some Native Americans entered into the trade, but contact with Europeans came at a high price. As well as spreading disease, Europeans also mercilessly slaughtered tribes interfering with their trade.

14. Smoky the Yorkshire Terrier helped build a crucial US Air Force base in World War II

In Feburary 1944, American soldiers stationed on Papua New Guinea found a tiny Yorkshire Terrier whimpering in an abandoned foxhole. Naming her Smoky, the enamoured soldiers adopted the tiny dog. Smoky wound up accompanying Corporal William A. Wynne for the rest of World War II. Her finest hour came when Wynne’s squadron moved to the Philippines. When a telegraph wire needed to be installed in a narrow, 21-metre pipe at Luzon airbase, Smoky saved the day. Attached to a wire, Smoky ran the length of the pipe. This ensured the strategically-vital air base remained safe and operational.

13. Cleopatra, the ruler of Egypt, died after being bitten by a snake, and the country became a Roman Province

Cleopatra (c.69-30BC) became co-ruler of Egypt when her father died. With support from her lover, Julius Caesar, she deposed her brother, Ptolemy XIII, who’d forced Cleopatra into exile. When Brutus murdered Caesar in 44BC, Cleopatra allied herself with the general, Mark Antony, and they fell in love. Their relationship, and Antony’s territorial concessions to Cleopatra, didn’t go down well in Rome. Roman forces defeated their combined army, and both committed suicide. According to Classical writers, Cleopatra killed herself by letting an asp bite her. With the snake’s bite, Egypt ceased to be independent, and became a Roman Province.

12. Studying Galapagos Tortoises and mockingbirds led Charles Darwin to come up with the theory of evolution in the 1830s

In 1831, a 22-year-old naturalist named Charles Darwin boarded the HMS Beagle on a long voyage circumnavigating the world. Darwin collected many specimens during the near 5-year expedition, including tortoises and mockingbirds from the Galapagos Islands. He noticed slight variations in specimens from different islands, but everyone told him they were different species. But just six months after returning to England, Darwin looked at the specimens again. He began to wonder whether â€˜one species does change into another’. Eventually, this thought turned into the full-blown theory of evolution. The Galapagos tortoises and mockingbirds changed how we understand the world forever.

11. The Highland Clearances were caused by sheep

Between the mid-18th and mid-19th century, thousands of Scottish people were forced from their ancestral homes by heartless aristocrats. Some resisted: officials burned their homes or physically chased them with vicious dogs. Many fled to America; most who stayed on their new, infertile lands starved to death. So why did this disgraceful episode happen? Simple: sheep. After the Agricultural Revolution, small, individual farms no longer had economic value. The new way saw vast areas of land dedicated to raising huge flocks of sheep for their wool. Effectively, sheep had more rights than people in the eyes of greedy landowners.

10. In 1899, man-eating lions stopped the construction of a railway in Kenya

Between March and December 1898, work on the Kenya-Uganda Railway ground to a shuddering halt. Workers, most from very poor families, simply downed tools and went home. The British Parliament even discussed the issue. The British Empire had been halted in its tracks… by two lions. The pair, known as the Maneaters of Tsavo, killed around 28 workers in 1898. After numerous attempts to kill them failed, workers began to suspect the lions were, in fact, demons, and fled. Operations resumed only when the engineer in charge of the railway bridge across the Tsavo River finally managed to kill them.

9. In 1392, a wild boar killed the widely-loathed Robert de Vere, Duke of Ireland

King Richard II’s favourite, Robert de Vere, backed the wrong horse. He loyally attempted (and failed) to defeat Richard’s enemies, a group of nobles who dominated English government. In 1387, after defeat at Radcot Bridge, he fled to the continent, where a wild boar killed him near Louvain. This had dire consequences for Richard. Robert’s death left him completely at the mercy of the aptly-named Merciless Parliament. Parliament curtailed Richard’s power, and relentlessly bullied him. His reign never recovered. After being deposed as king by Henry Bolingbroke he starved to death while imprisoned at Pontefract Castle in 1400.

G.I. Joe the pigeon received the Dickin Medal, the animal-equivalent of the Victoria Cross, with good reason. In 1943, he managed to relay a message to save an entire village and occupying troops. British soldiers had just seized Calvi Vecchia from the Germans, but a prearranged air strike was imminent. Joe flew 20 miles in 20 minutes to pass on the message to abort, seconds before the bombers took flight. Joe’s speed saved the lives of around 1, 000 people. Furthermore, the air strike would have handed Calvi Vecchia right back to the retreating German army. Well done, G.I. Joe!

7. Echo the elephant became a celebrity in the late 20th century, and her story has protected elephants ever since

Like David Greybeard, Echo the elephant transformed how we view her species. Scientists began studying Echo, an African Bush Elephant (the largest living land mammal), in 1973. They studied Echo for the next 33 years, garnering pioneering insights into elephant behaviour. Echo’s most startling contribution to history, however, came from her celebrity. Many documentary crews filmed her with the herd she led, and altered permanently how ordinary people viewed elephants. Echo’s celebrity gave crucial momentum to the elephant conservation movement. Unwittingly, Echo’s life secured the future of her species in Africa and improved the welfare of captive elephants.

6. King Henry I of England died after eating â€˜a surfeit of Lampreys’, causing a civil war

After Henry I’s male heir died in 1120, he spent many years trying to have another. When success looked increasingly unlikely, he made the controversial move of naming his daughter, Matilda, as his heir. He got all his barons to swear loyalty to her, and thought the matter settled. In November 1135, Henry followed a day’s hunting with a hearty dinner. But after gorging himself on lampreys, an eel-like fish, he died. Official cause of death: â€˜a surfeit of lampreys’. Perhaps inevitably, many barons broke their promise to support Matilda, and a long and brutal civil war erupted.

5. A Newfoundland dog saved Napoleon from drowning in 1815

In 1815, Napoleon Bonaparte, Emperor of France, was in exile on Elba, off the coast of Italy. He’d been sent there in 1814 as part of the Treaty of Fontainbleau, brokered with Revolutionary France’s many enemies. But he couldn’t stay away from France for long, and escaped Elba within a year. Sailing over rough seas on the Inconstant, Napoleon fell overboard. Luckily for him, a Newfoundland dog jumped in after him, and saved his life. The dog’s intervention meant Napoleon seized control of France once more, albeit for a brief few months. Defeat at Waterloo that June forced his abdication.