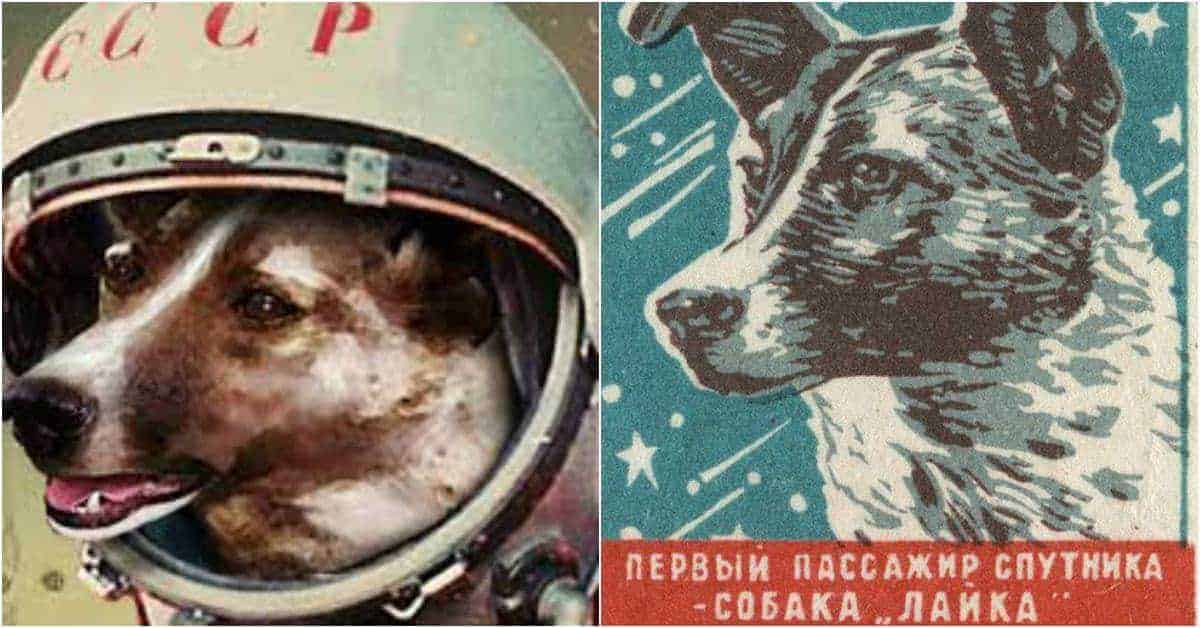 Laika was a Soviet space dog who became one of the first animals in space, and the first animal to orbit the Earth. Laiki was launched in the Sputnik II on November 3, 1957.

Nikita Khrushchev, then, the General Secretary of the Central Committee of the Communist Party of the Soviet Union, wanted the mission to coincide with the 40 anniversary of the Bolshevik Revolution and the launch of the puppy was expedited and rushed.

The official decision to launch Sputnik II was made on October 10, leaving less than four weeks to design and build the spacecraft. The satellite also contained instruments for measuring solar irradiance and cosmic rays. The craft was equipped with a life-support system consisting of an oxygen generator, devices to avoid oxygen poising as well as a carbon dioxide absorption system. The spacecraft was also fitted with a fan designed to activate whenever cabin temperature exceeded 59 degrees F, food to last Laika a week, and a waste collection bag. Laika’s movement was restricted by a harness and chains that would only allow her to stand up or lay down.

Laika was placed in her launch capsule on October 31, 1957, three days before the start of her mission. At that time of year, temperatures were very cold and Laika only had a hose connected to a heater to keep her warm.

Liftoff on November 3, 1957, was in the early hours of dawn. At peak acceleration, Laika’s heart rate increased to three times her normal rate. A malfunction in the separation of the nose cone satellite caused damage to the thermal insulation and temperatures in the cabin reached over 100 degrees F. After about five to seven hours of flight, there were no further signs of life coming from the spacecraft.

Five months later, after 2,570 orbits, the Sputnik II, including Laika’s remains, disintegrated upon reentry on April 14, 1958.