Napoleon's Exiled for the First Time: Napoleon Is Exiled (1814) 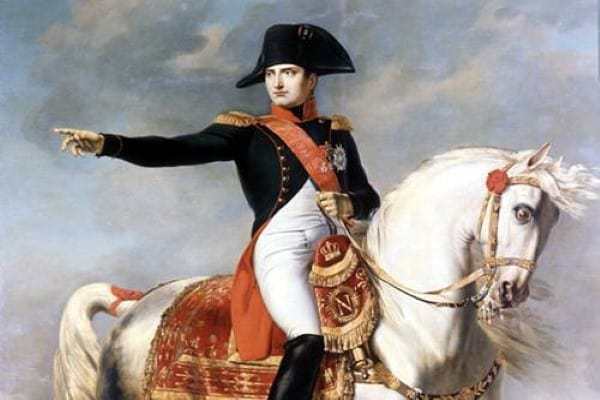 There are certain military commanders that are revered throughout history, and Napoleon Bonaparte is one of those. Napoleon became a general in the French Army when he was only 24 years old, which is very impressive.

In 1799 Napoleon led a coup d’etat that overthrew the existing government, and he became the leader of the new regime that was put into place. In 1804, his need for public approval drove him to name himself Emperor and continue his domination over France.

Beginning in late 1804, he started to take his military towards outside battles. He won decisive victories in 1805 against Russia and Austria, which led to the final fall of the Holy Roman Empire. In 1806 he defeated the Fourth Coalition, which was made up of Prussia, Sweden, Russia, Saxony, and Great Britain.

By June 1807, Napoleon had led his army against a grand portion of both Western and Eastern Europe, and won a majority of his battles. In June of that year, after suffering many defeats, the members of the Fourth Coalition were forced to sign the Treaties of Tilsit, which brought a tenuous peace to Europe.

Of course, as it was often for much of Europe’s history, that peace did not last long. In 1809 Great Britain and Austria challenged Napoleon once again in the War of the Fifth Coalition. In July of that year, Napoleon further enhanced his reputation by beating the armies of the Fifth Coalition at the Battle of Wagram.

It is this resurgence of fighting that ultimately led to Napoleon’s exile in 1814. Overestimating his chances, Napoleon invaded the Iberian Peninsula, which led to a war that took six years and would lead to France’s defeat.

In the summer of 1812, Russia enticed France into another war as they were unhappy with Napoleon’s stance on trade for his Continental System (those countries that his armies had conquered). Napoleon led what is now a famous retreat from Russia and Eastern Europe. Those battles against the Sixth Coalition, during which Napoleon suffered defeat after defeat, were the largest battles (by the number of soldiers) in history prior to World War I.

On this day, April 11, 1814, Napoleon abdicated his throne after conceding defeat for a final time. He was exiled to the island of Elba off the coast of Italy, where he spent a year. In 1815, he escaped his exile and took over France for what is known as the “Rule of 100 Days.” He was eventually defeated once again by the Seventh (and final) Coalition in 1815 at the Battle of Waterloo.

Eventually, Napoleon’s rule came to an end. Historians differ on the reasons for this, but in the end, it might just be that he tried to do too much. Napoleon will be known in history as one of the world’s greatest commanders, but he will also be known for his ultimate defeat.