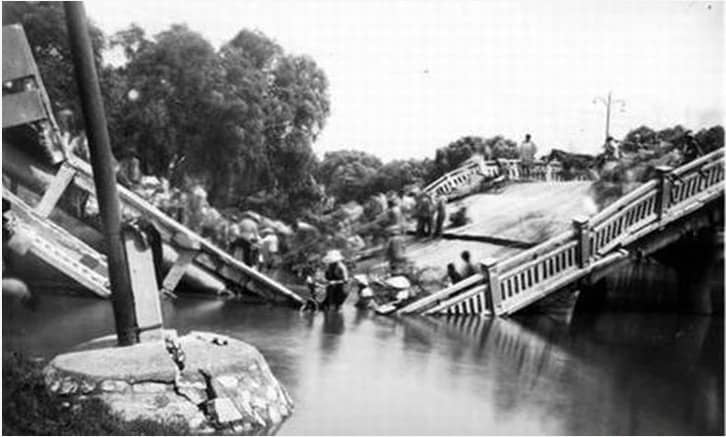 9. Dying of the Black Death Was Not Just Tragic, but Gruesome and Painful as Well

The Black Death was a terrible way to go. Especially its most common form, the Bubonic Plague, which was named after the buboes, or swellings, that marked its victims. Painful swellings, or buboes, first appeared in the groin and armpits, where plague-infested fleas gravitated. The first swellings usually occurred near the site of the initial infection, caused by the flea’s bite, or by the victim’s scratching of the bite site. From there, the buboes spread to the rest of the body.

Then came a high fever, and the vomiting of blood. Muscle cramps, chills, decomposing skin, and severe seizures, were also among the plague’s symptoms. Burning up with a steadily worsening fever, the victims tossed and turned in the throes of agonized delirium. If the victim lasted for more than a few days, he or she might get to experience the plague’s final ravages: gangrene eating away at the extremities, blackening fingers, toes, lips, and nose tip. Few lasted more than a few days, with some dying within half a day of the appearance of the first symptoms.

8. The Deadly Varieties of the Black Death

The septicemic plague was a blood infection that caused clotting in the veins. Victims suffered from abdominal pains, bleeding under the skin, blood pouring out of all orifices, vomiting of blood, fever, shortness of breath, and gangrene. The pneumonic plague struck the lungs, causing symptoms such as chest pains, shortness of breath, coughs, headaches, and high fevers. It could follow an initial bubonic or septicemic plague infection, killing those lucky enough to have survived one of the other Black Death varieties, only for their luck to run out when they came down with the pneumonic plague. It could also be caught from airborne particles exhaled by infected humans or cats.

7. The Black Death Kept Coming Back, In Tragic Wave After Tragic Wave

The Black Death had mostly burned itself out by 1352, and the worst was over. However, there would be tragic recurrences, and in subsequent decades, the Yersinia pestis would return time and time again, to wreak more havoc. New outbreaks flared up in 1361 to 1363, 1369 to 1371, 1374 to 1375, 1390, and 1400. None of the recurrences were as deadly as the original mid-century one, but they were still pretty bad: each time they hit, they killed about 10% to 20% of the population.

A death toll of 10% to 20% every few years for half a century adds up. During the second half of the fourteenth century, the plague was introduced and reintroduced to Europe numerous times, arriving along the trade routes from China and Central Asia in multiple waves. Modern research suggests that climate fluctuations played a key role in those recurrences, as they affected populations of rats and other rodents infested with the plague-carrying fleas.

Read too: Thousands Died From the Black Death in 1666, Leaving Behind Haunted Plague Pits in London.

6. The Black Death’s Ebb and Flow Was Greatly Impacted by the Weather

Weather fluctuations in the fourteenth century played a key role in the Black Death’s recurrences. Yersinia pestis, thrives on fleas that are usually hosted by ground rodents such as marmots – which don’t mingle with humans. However, bouts of bad weather in the 1300s struck those rodents’ habitats and decimated their populations. So their plague-infected fleas fled to alternate hosts such as rats – which do thrive amidst human populations.

A tragic cycle developed, driven by weather fluctuations. Bad weather kills off the usual rodents – which don’t live amongst humans – that host the fleas that host Yersinia pestis. So the fleas flee to rodents like rats that live among humans. Then a Black Death outbreak ensues. While killing humans, the infected fleas also wipe out their rat hosts, extinguishing the plague. Ten or fifteen years later, bad weather again decimates the usual rodents that typically host the plague-infected fleas. The fleas flee to rats, whose populations by then have recovered. The rats reintroduce the flea plagues to humans, and another Black Death outbreak occurs, lasting until the rats die off.

Take the experience of the world’s reaction to Covid-19, and multiply it many times over, to get an idea of how contemporaries felt about and reacted to the Black Death. The shock of a plague that wiped out up to two-thirds of the population – which is what the Black Death did – was great, to say the least. The economy contracted sharply, as trade came to a standstill, and wars came to a halt. However, people are adaptable, and adapt to the tragic just as they adapt to everything else.

Medieval people soon adjusted to the Black Death, grew accustomed to the plague, and took its frequent recurrences in stride. The immediate reaction to the first and deadliest wave was only temporary: the dead died, but life went on for the survivors. Within a few years, trade had resumed, the economy picked up, and the survivors went back to waging wars and settling their disputes and differences by killing each other.

4. The Tragic Events of the Black Death Shaped the World

The Black Death’s longer-term consequences revolved around the sudden impact of a significantly reduced population. In many parts of Europe, the land under cultivation shrank because many serfs and laborers had died. However, that often led to an increase in productivity in the land that was cultivated. With more land available than could be cultivated, people focused on cultivating the best agricultural lands, abandoning more marginal lands or turning them into pastures.

The shortage of labor was great new for surviving laborers. Faced with a labor scarcity, landowners and employers had to compete for workers by offering them better wages and working conditions. Those changes brought new fluidity to a stratified society. The land economy survived, but was weakened, as a new money economy – which ultimately replaced it – emerged. Psychologically, the shock of the Black Death caused more people to ask more questions to which the Catholic Church had few answers. That served to speed up and fuel the budding Renaissance. The world would never be the same.

3. Before the Black Death, There Was Justinian’s Plague

The Black Death was history’s deadliest plague. Tragic and lethal as it was, Justinian’s Plague, 541 – 542 AD, gives it a run for its money in deadliness and long-lasting consequences. It was named after the Byzantine Emperor Justinian I, during whose reign it occurred – and who came down with it, but survived. Justinian’s Plague is history’s first known recorded pandemic, because it swept across three continents, Europe, Asia, and Africa.

The strain of Yersinia pestis bacterium responsible for Justinian’s Plague originated near Central Asia, near the border between modern China and Kyrgyzstan. Like the Black Death, Justinian’s Plague was mainly bubonic, felling its victims with all the bubonic plague’s tragic horrors. It first struck China and northern India, made its way via trade routes to the Great Lakes region of Africa, then down the Nile to Egypt.

Like the Black Death, Justinian’s Plague was transmitted by infected fleas carried by black rats. Egypt was the Byzantine Empire’s granary, and from its seaports, ships laden with grain – and also rats hosting infected fleas – sailed across the Mediterranean. From Egypt, the plague rapidly spread to the rest of the Middle East, the Eastern Mediterranean, and Constantinople, which served as both capital and commercial center for the Byzantine Empire. From Constantinople, the plague swiftly spread through the rest of Europe.

Justinian’s Plague hit Europe hard: an estimated 40% to 50% of the continent’s population perished during the pandemic’s tragic course and aftermath. However, not all parts of Europe were equally hard-hit. The plague followed the established trade routes, so ports and cities got the worst of it. By contrast, the countryside and the parts of Europe of the established trade routes got off relatively lightly.