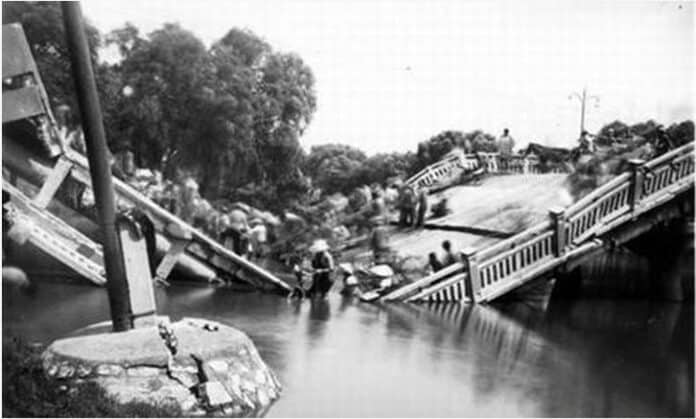 Tragic disasters are, sadly, all too common in history. Like bolts of lightning out of the clear blue, they strike unexpectedly, catching us unawares and leaving widespread devastation behind. From the twentieth century’s deadliest earthquake, to history’s deadliest plague, following are thirty-five things about some of history’s most tragic disasters.

Few countries have experienced a more tragic twentieth century than China. First, there was a foreign invasion to crush the Boxer Rebellion. Then came a revolution that overthrew imperial rule, only to replace it with decades of warlord anarchy. Then came a civil war between nationalists and communists. That took place against a backdrop of natural disasters that killed millions. Things were made worse by a Japanese invasion that killed millions more Chinese before World War II had even begun.

China was WWII’s winning side, but things did not improve when the conflict ended. The civil war resumed and went into high gear, ending in a communist victory. Once the communists took over, Mao adopted idiotic policies – from the Great Leap Forward to the Cultural Revolution – that killed tens of millions of Chinese. Then in July, 1976, as an aging Mao’s hold on power began to loosen – he would die a few months later – China was rocked by the twentieth century’s deadliest earthquake.