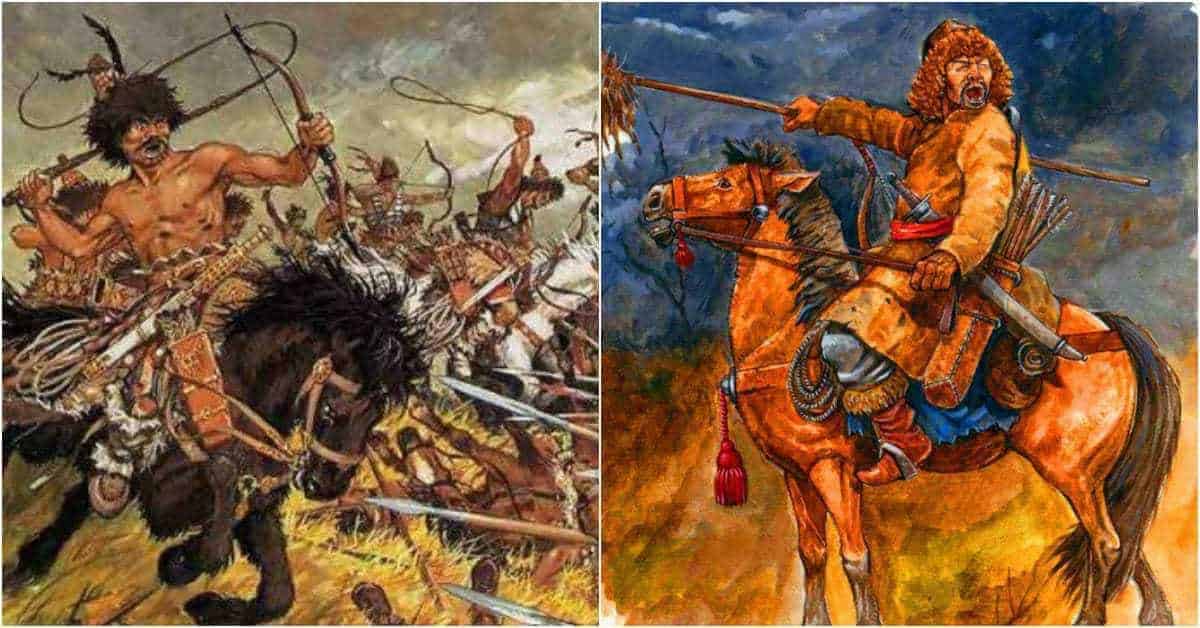 Biological warfare is hardly a recent invention. Although today we have the technology and knowledge to create devastating biological weapons that our early ancestors couldn’t have dreamed of, people have been using viruses and bacteria as weapons for thousands of years. There are dozens of examples in history of armies trying to poison or infect their enemies with biological agents.

The Bubonic Plague, or the Black Death as it is often called, was one of the most destructive pandemics in history. The source of the Plague itself is disputed, but the most likely candidate is a bacterium named Yersinia pestis. Yersinia pestis typically circulates among rodent populations.

From there, it gets into the guts of fleas that feed on the rodents. When humans and rodents come into contact with each other, the fleas leap onto the humans and bite, regurgitating the infected blood into the wound.

Once in the human bloodstream, the bacterium multiplies and accumulates in the lymph nodes, forming large masses called “buboes.” These buboes become reservoirs of infected pus and often rupture, spreading the infection to nearby people. In most cases, someone infected by the plague dies within a week or two. During the Middle Ages, the plague spread rapidly among the population.

And while we may never know exactly how many people died, the toll was horrendous. It’s estimated that somewhere between 30 and 60 percent of the population of Europe died as a result of the Black Death.

There’s much we don’t know with certainty about the Black Death, but scholars agree that it most likely originated somewhere in Central Asia in the 14th Century. From there, it spread to India and China, as well as into the Crimean Peninsula. The rapid spread between these regions was facilitated by the fact that the Mongol Empire had grown to connect the regions in something called the Pax Mongolica, or Mongolian Peace.

While the Mongol conquests were undeniably brutal, they did create an environment conducive to trade. A common saying during the reign of Ghengis Khan was that “a maiden bearing a nugget of gold on her head could wander safely from one end of the realm to the other.”

But following the death of Ghengis Khan, the Mongol Empire began to fracture in a series of dynastic struggles for control among his successors. Eventually, the Empire broke up into a number of competing Khanates. One of these Khanates conquered as far as the Crimean region and launched invasions into Poland and Hungary.

These Mongols were part of what is often called “The Golden Horde.” And in the 13th Century, Genoese traders cut a deal with the leader of the Golden Horde to establish a trading post at Caffa on the Crimean Peninsula. Over time, this city grew to be a major connection for trade between Europe and Central Asia.

The relationship between the Mongols and the Genoese was often testy. The city functioned as a major source of the slave trade to the Turkish Sultanates in Anatolia and the Mamlukes in Egypt. The Khan of the Golden Horde, Toqtai, apparently took exception to the enslavement of his subjects and besieged the town of Caffa in 1307. Ultimately, this siege ended in the city being burned to the ground and the Genoese expelled. Relations remained strained until the death of Toqtai.

The new Khan, Özbeg, welcomed the Genoese back and even ceded them land to expand the settlement. By the 1340s, Caffa was once again a thriving port. However, this peaceful coexistence between the Genoese and the Mongols didn’t last very long. Soon, there were disputes between the two parties that lead to violence.

In response, the new Khan, Janibeg, launched another siege of the city that was ultimately broken by an Italian relief army that killed thousands of Mongols and destroyed their siege engines in a pitched battle.

But the Mongols soon raised another army and returned to lay siege to the city again. This time, the Mongols faced a far more dangerous enemy than the Italians: plague. The Black Death began to spread rapidly among the Mongols through the cramped conditions of the siege camps. As the Mongol besiegers began to fall to the disease, the balance of power shifted back towards the Genoese.

Secure in their fortified city and regularly resupplied by Italian ships, the citizens of Caffa simply had to wait for the Plague to run its course through the Mongol ranks.

Janibeg was in a far worse position. His army was dwindling and the chance of taking the city was becoming increasingly remote. Finally, Janibeg decided that Caffa wasn’t worth the cost and ordered the siege lifted. But before leaving, Janibeg ordered the bodies of those who died of plague gathered up.

Then he ordered them flung over the ramparts of the city in the hope that the people inside would contract the disease. The plan worked and within a few weeks, the Plague was spreading rapidly inside the city of Caffa. But this was just the first taste Europeans had of what was to come.

According to an Italian notary, Gabriele de’ Mussi, who reported the events at Caffa for posterity, “among those who escaped from Caffa by boat were a few sailors who had been infected with the poisonous disease. Some boats were bound for Genoa, others went to Venice and to other Christian areas.

When the sailors reached these places and mixed with the people there, it was as if they had brought evil spirits with them: every city, every settlement, every place was poisoned by the contagious pestilence.” De’ Mussi’s account of events implies that the siege of Caffa may have been the origin point for the Plague’s introduction into Europe.