This Day In History; The Boxer Rebellion Began In China (1900) 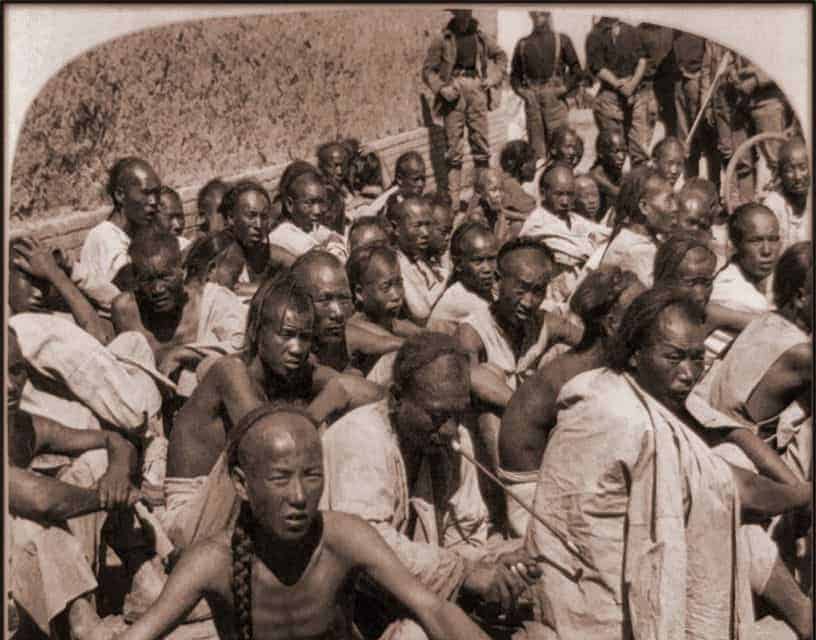 This Day In History; The Boxer Rebellion Began In China (1900)

During the nineteenth century, China was increasingly under foreign control. The C’hing Dynasty was growing weak and its rule was challenged by near-constant rebellions. The Chinese Emperor was of Manchurian descent and this made him very unpopular with the ethnic Chinese population. The weakening of the Chinese Empire allowed western nations to become increasingly influential in the affairs of China. Britain had fought two major wars with China. These were known as the Opium Wars. The wars forced the Chinese to buy opium from the British Empire and this resulted in massive social problems in the Empire. The Chinese people grew to hate the foreigners, who by 1890, had come to dominate the trade of China. They also believed that the westerners such as the Americans were attempting to impose Christianity on the Empire.

In 1900, Chinese nationalists launched a rising known as the Boxer Rebellion. They became known as Boxer’s because they practiced the sport as part of their training program. The group called it the I Ho Ch’uan, or “the Righteous and Harmonious Fists,” The Nationalists attacked the many westerners in the Empire. There were many Europeans and Americans working in China as traders, merchants, and missionaries. They had special privileges in the country and they controlled several ports in China. For example, the British-ruled Hong Kong. In many cities such as Shanghai there were western enclaves, where westerners lived apart from the Chinese and independent of the Emperor. This was bitterly resented by the Chinese. The Empire was in a severe socio-economic crisis and many in China blamed the foreigners for all their problems.

The nationalists had the support of the Dowager Empress. She was the grandmother of the current Emperor, who was a weak individual and had become addicted to pleasures and opium. The Dowager Empress was the power behind the throne. She decided to use the Boxers to help her to oust the westerners from China. She knew that the Emperor could not be seen to be acting against the westerners as she was too weak. The Empress was determined to use the Boxers to rid China of the hated foreigners.

The nationalists were a mass movement and they numbered in the hundreds of thousands. They also had often been secretly armed by the Chinese army. At first, the Boxers had success and many westerners had to retreat to ports, on the east coast of China. The Boxers also killed many Chinese Christians who they saw as traitors to their country and culture. In particular, they killed many missionaries, often in cruel ways. This outraged public opinion in the west. They decided to send troops to the country in order to protect their citizens.

The nationalists also managed to besiege a large number of westerners in the foreign legation section of Peking. This became known as the siege of Peking. A coalition of western forces relieved the siege and defeated the Boxers. The Dowager Empress lost all her power and the Chinese Emperor was reduced to a figurehead with no real power.

After the defeat of the Boxers. The western powers began to really dominate the trade of China. They reduced it to the status of a near-colony. The only thing that prevented them from partitioning China among themselves was jealousy. Many believed that the western nations could fight a war over their respective share of the territory in China. Only this stopped China from being reduced to a conquered territory, governed by foreigners.