This Day In History: Vesuvius Erupts And Destroys Pompeii (79 AD) 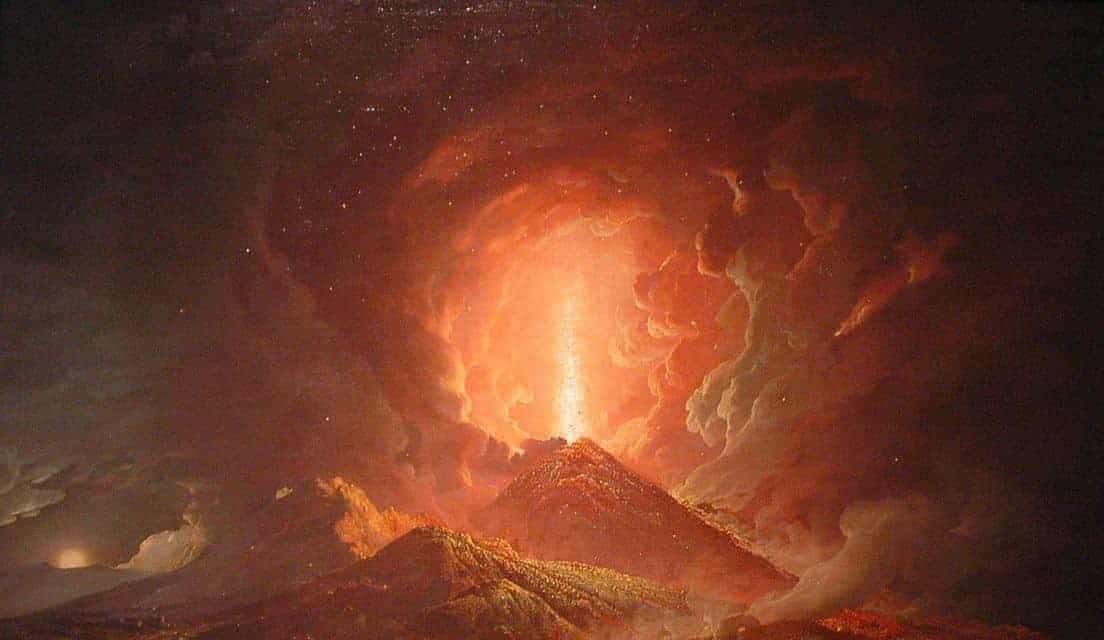 This Day In History: Vesuvius Erupts And Destroys Pompeii (79 AD)

On this day, Mount Vesuvius near Pompeii, Italy, then part of the Roman Empire starts to erupt in 79 A.D. Over two days the volcano erupts and wipes out the entire town.

Pompeii was about 90 miles south of Rome and was an ancient settlement. Mount Vesuvius, which stood approximately 6,500 feet high, had been an active volcano for millennia. Apparently, none of the local citizens were aware that Vesuvius was an active volcano, even after an earthquake in February of the year 62 AD. Burning ash and rocks rained down on the town when it erupted. The ash was so hot that it burned the flesh of the Pompeiians. So thick was the ash cloud that enveloped the town that people unlucky enough to be caught up in the disaster choked and could not escape. The ash fell in such large quantities that the city was soon buried. The ash that destroyed the city ironically preserved it.

The city disappeared from view for centuries and was forgotten by history. The ruins which were perfectly preserved were first discovered in the sixteenth century, but it was only in the eighteenth century that it was excavated for the first time. Since then archaeologists have been digging in the remains of the ruined city ever since. Their finds have revolutionized our understanding of the ancient world and how our ancestors lived.

Pliny the Younger, just 18 years old, and the nephew of Pliny the Elder, also witnessed the eruption. He reported that for over 24 hours that Vesuvius fired out tons of hot rocks and ash. The eruption of the 24th of August was followed by one the following day. The ash was much more severe and it killed up to 2000 people. The rain mixed with the ash and formed a kind of concrete that buried the city for almost 1500 years.

The town of Herculaneum was also buried on August 25. It was destroyed but by a mudslide set off by the eruption and the accompanying tremors and it too, was lost for centuries. It is estimated that 13,000 people in total died from the eruption. It is expected that a similar eruption will take place at an unknown date in the future.