18 Examples of Crime and Punishment in the Ancient Persian Empire 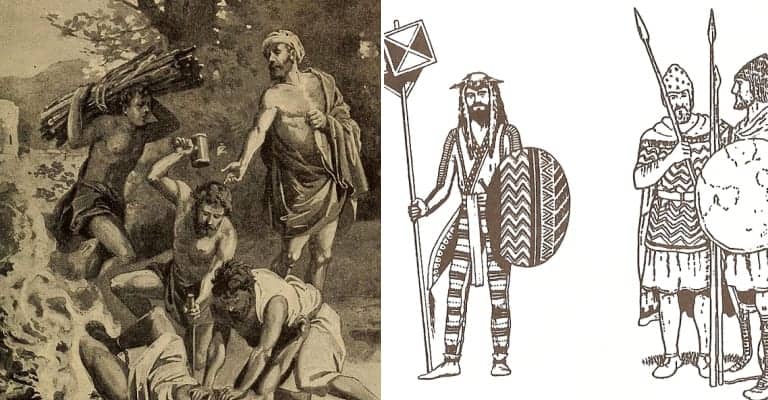 18 Examples of Crime and Punishment in the Ancient Persian Empire

17. Striping or whipping as a punishment

The magistrates finding a subject before them guilty of a crime had several options available as forms of corporal punishment, including maiming, blinding, deafening (by penetrating the eardrums), and whipping at the stake, which the Persians called striping. In this, they were no different from virtually all other cultures around the world. The practice of whipping miscreants continued in the west well into the eighteenth century, and the number of blows allowed by the magistrates was in many cases staggering, literally and figuratively. In the 18th century Royal Navy, 1,000 lashes were not unheard of, through flogging through the fleet.

Five hundred or one thousand stripes was the usual Persian sentence, which could be had for beating a dog or otherwise abusing an animal (stealing a dog could be subject to capital punishment in some cases). As has been seen, the punishments were not carried out all at once, a period of recovery was allowed in between bouts of the punishment being inflicted. The wealthy and members of noble families were allowed to send their servants to receive their punishment, thus sparing their own backs as well as the idle time while recovering from the lashings. Similar punishments were still allowed in the British Royal Navy as late as 1879 before they were abolished.

18. The Persians were no worse than the rest of the ancient world

Although the methods of execution ascribed to the Persians are gruesome and in some cases nearly unbelievably so, in their ingenuity dedicated to inflicting maximum suffering they are in no way unique. The ancient Greeks, though they did not record their tortures, nonetheless practiced violence, though most often against fellow Greeks. The bible is filled with stories of whole cities destroyed, their populations put to the sword, their leaders killed in various ways. The New Testament contains the story of King Herod ordering the killing of all male Jewish infants under the age of two. The ancient world was a brutal one.

The Romans used crucifixion, beheading, stoning, people torn apart by wild animals before a cheering audience, drowning, and many other means of applying judicial punishment on the people foolish enough to get on the wrong side of the law. In colonial America, the Spanish and English settlers encountered ritual torture and cannibalism among the natives. The English settlers used whipping and pressing to death with heavy stones as two means of enforcing the law. The barbarous practices of the Persians, those that are true and those which are the creations of fertile but prejudiced minds, are not as far removed from modern man as most would like to think.

“Birth of the Persian Empire: The Idea of Iran”. Curtis Sarkhosh, Sarah Stewart. 2005

“Peoples of the Ancient World: The Persians”. Maria Brosius. 2006

“On the Malice of Herodotus”. Plutarch. Online

“Sasanian Persia: The Rise and Fall of an Empire”. Touraj Daryaee. 2009

“The Laws of the Ancient Persians”. Fars Times. Online

“Ctesias and the Importance of his writings revisited”. Eran Almagor, ELECTRUM, Volume 19. 2012

“The Worst Ways to Die: Torture Practices of the Ancient World”. Matthias Schulz, Spiegel Online. May 15, 2009