26 Facts About One of History's Greatest Villains, Herod the Great

26 Facts About One of History’s Greatest Villains, Herod the Great 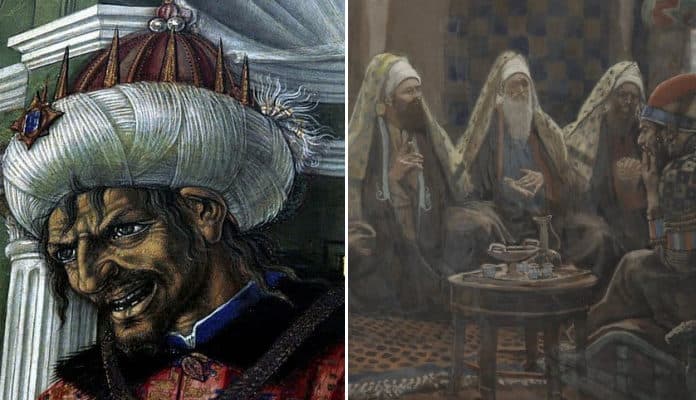 One of history’s great villains, Herod the Great is best known for his attempt to remove his rival, the “King of the Jews” by ordering the execution of all male infants in Bethlehem shortly after the birth of Jesus Christ. Herod was a Roman puppet who was neither the legitimate king of Judea, well liked by his people- or even genuinely Jewish. So he had every reason to be paranoid about threats to his reign. However, while he did murder members of his own family, Herod probably did not order the massacre of babies, as St. Matthew claims. Nor was his reign all bad for the Kingdom of Judea. Here are twenty-six facts that give a fuller picture of the life and death of Herod the Great.

26. Herod was not Judean by birth

Herod became King of Judea in 37 BC. However, he was not a Judean by birth. Herod was born in around 72/73 BC in the Kingdom of Idumea or Edom. Edom was a neighbor of ancient Israel, occupying what is now southwest Jordan. According to legend, the Edomites were the descendants of Esau, the eldest son of Isaac, who sold his birthright to his younger twin brother Jacob for a bowl of pottage. However, the God of Israel gifted Esau with the land of Edom as compensation. Over time, Edom was often in conflict with Judea and sometimes subject to it. However, the Judeans always regarded the Edomites as foreigners.