Father of an Empire: How Cyrus the Great Founded the Achaemenid Empire & Changed History 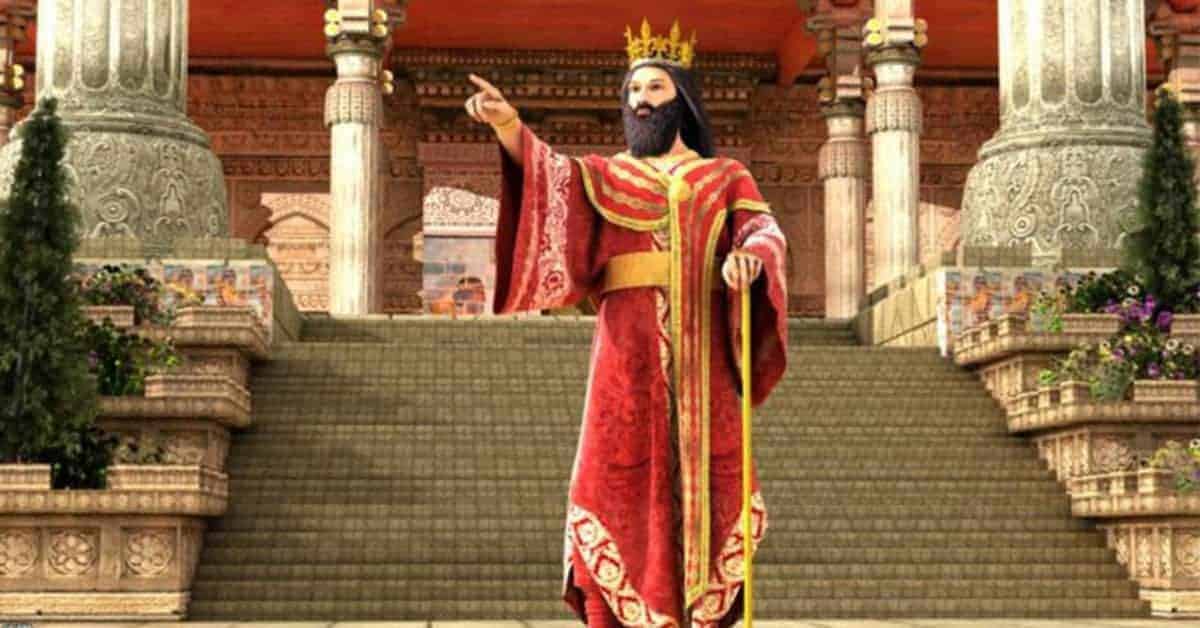 Father of an Empire: How Cyrus the Great Founded the Achaemenid Empire & Changed History

Cyrus the Great (or Cyrus II) founded the Achaemenid Empire, and during his reign, Persia conquered much of Southwest and Central Asia and the Caucasus. By the time of his death in late 530 BC or early 529 BC, Cyrus had created the largest empire the world had yet seen at that point in history. His successors conquered territory as far as the Balkans in the west and the Indus Valley in the east.

Little is known about Cyrus’ early life; his date of birth ranges anywhere from 600 to 580 BC depending on the account you read. There is a legend about Cyrus’ early years attributed to the historian Herodotus. Apparently, soon after Cyrus’ birth, his grandfather, the King of the Median Empire, Astyages, had a dream.

His magi interpreted it as a sign that Cyrus would eventually usurp him. Astyages wasted no time in telling his steward to murder the boy, but instead of following orders, the steward asked a herdsman to do it. The herdsman decided to hide the boy and raise him as his own son. After ten years, Cyrus’ behavior was clearly not like that of an ordinary boy, so the suspicious king questioned the herdsman and found out the truth. He tricked the unfortunate man into eating his own son’s flesh but allowed Cyrus to return to his parents.

In 559, Cyrus succeeded his father, Cambyses I, as the ruler of the kingdoms of Anshan and Persia. There are a variety of tales which describe the reasons for Cyrus to revolt against Astyages in 553 BC, but it is difficult to give any historical credence to them. One thing we do know is that Medians of all ranks were only too happy to get behind Cyrus which says a lot about him and his grandfather. At this stage, the Babylonians had broken ties with Medes which probably played a major part in the successful uprising.

The Nabonidus Chronicle suggests that Astyages attacked Cyrus first and gave command of the army to a general named Harpagus. Instead of starting a war with the King of Anshan, Harpagus switched sides and encouraged Cyrus to revolt against the Medes. The rebellion lasted approximately three years, and by 550 BC, Cyrus’ forces had managed to capture Ecbatana. Instead of murdering his fallen enemy, Cyrus pardoned Astyages and married his daughter, Amytis.

Cyrus had now united the Medes and Persia and was also the ruler of several other territories including Aria, Parthia, Armenia, and Cappadocia. It is likely that he placed vassal kings named ‘satraps’ in charge of each region. Rather than being content with his new kingdom, Cyrus was intent in expansion. The King of Persia wanted more, and the conquest of the Medes was just the start of many more wars.

Cyrus’ first step was to consolidate his power over tribes on the Iranian plateau. Croesus, The King of Lydia, a region in Asia Minor, grew his domains at the expense of the Medes when he heard about the defeat of Astyages. Cyrus marched against Croesus and defeated the Lydian army; he captured the enemy capital, Sardis in 547 BC and King Croesus apparently died in the fighting. Other ancient sources suggest the king survived and was well treated by Cyrus.

After capturing much of Asia Minor in the aftermath of his triumph over Lydia, Cyrus turned his attention east to ensure his fledgling empire’s borders were safe from invasion by nomadic tribes. During this period, he conquered territories such as Soghdiana, Parthia, and Hyrcania right up to the River Jaxartes which flows into the Aral Sea.

According to Homa Katouzian in The Persians: Ancient, Medieval and Modern Iran, Cyrus was responsible for introducing agriculture into these regions, and he also created fortress towns. Perhaps the most famous of these is Samarkand in Uzbekistan. The purpose of the fortresses was to protect the north-eastern region from incursions by the nomads of Central Asia.

The Fall of Babylon

During the sixth century BC, Babylon was considered by many to be the greatest city in the ancient world. However, Cyrus ultimately conquered it with relative ease. After his general, Harpagus had conquered Lycia, Cicilia, and Phoenicia by 542 BC, he was ordered back to Persia having completed his mission. However, Cyrus had already set his sights on the capture of Babylon.

All we know is that the Babylonians were defeated and possibly routed. There is some confusion over the translation of the chronicle which says there was a ‘massacre’ of ‘the people of Akkad.’ Whether this refers to the citizens of Opis or the fleeing Babylonian army is unclear.

Opis was a pivotal battle as it enabled the Persians to march towards the city of Babylon with minimal resistance. A few days after the battle, Cyrus was able to take the city of Sippar peacefully. King Nabonidus was hiding in Sippar and had to flee to Babylon where he had apparently not been in years. His time was up when the Persian General Gubaru entered Babylon itself; again without any resistance, and detained the king. Cyrus arrived a few weeks later.

Cyrus was an incredibly active ruler and had several different capitals during his reign as leader of the Achaemenid Empire. In the beginning, his capital was Anshan with Ecbatana as the ‘second’ capital once he conquered Media. He was also officially invested as king in Babylon, but ultimately, Cyrus created his new capital at Pasargadae which possibly meant ‘camp of the Persians.’ Construction of the city began in 546 BC but was not completed at the time of his death. Pasargadae remained the empire’s capital until Darius the Great moved it to Persepolis.

The Death & Legacy of Cyrus

Much like his early life, Cyrus’ death is shrouded in mystery and legend. Herodotus wrote that the king was killed in the east as he went into battle against Iranian nomads. According to Xenophon, Cyrus died of natural causes; while another account claims he died in the Far East while on a campaign. He died in December 530 BC or January 529 BC, and Cyrus had already made his son, Cambyses, his successor. The founder of the Achaemenid Empire was buried in a small building near Pasargadae. Although it was desecrated during Alexander the Great’s invasion, the tomb of Cyrus survives today and is now a UNESCO World Heritage site.

According to Charles Freeman, a British historian, Cyrus’ legacy stands above that of even Alexander the Great. While Alexander ultimately destroyed the Achaemenid Empire, he failed to provide a stable alternative whereas the Empire founded by Cyrus lasted for 200 years. The Babylonians referred to him as the ‘liberator’ while the Iranians called him ‘the father.’

The political infrastructure created by Cyrus ensured that the Achaemenid Empire was strong, stable and ready to conquer even more territory by the time of his death. The rise of Persia ultimately had a huge impact on the history of the world as the philosophy, religion, and literature of Iran played a big role in global events for hundreds of years. Even though it was conquered by the Rashidun Caliphate in the 7th century AD, Persia’s influence in the Middle East did not dwindle, and in fact, Persia was influential during the Islamic Golden Age.

Cyrus the Great is legendary for the fair and moderate way in which he treated the people he conquered. The Cyrus Cylinder proclaimed the freedom of his subjects on various matters including culture and religion and is sometimes known as the ‘first charter of human rights.’ It is clear that unlike many rulers of the age, Cyrus saw himself as a ‘liberator’ rather than a conqueror.

He was known for treating his subjects equally regardless of their ethnic or religious background, and he allowed the territories he conquered to keep their religious and local customs. One of the most famous examples of his fairness involved releasing 40,000 Jews from captivity in Babylon and allowing them to return home to Jerusalem and he also ordered the temple at the city to be rebuilt. As a result of these actions, the Jews referred to Cyrus as ‘the anointed of the Lord.’

Cyrus the Great is one of the few rulers to deserve the epithet. Not only did he found a great empire, but he also possessed the great qualities one would expect in a ruler. He was tolerant, brave, daring, and magnanimous and gained the admiration of fellow great leaders such as Alexander the Great; Cyrus was also a personal hero of none other than Thomas Jefferson.