These Tough Americans Fought In WWII, Korea, and Vietnam

These Tough Americans Fought In WWII, Korea, and Vietnam 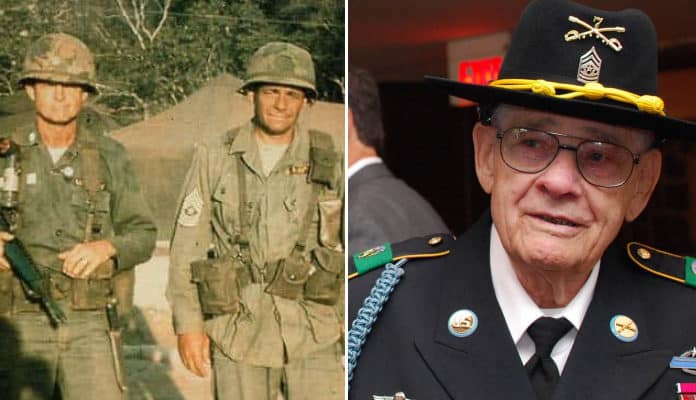 Some Americans served in the Second World War, then in Korea, and also in Vietnam. For example, Elmo Zumwalt served in the Pacific during WWII, winning a bronze star at Leyte Gulf. He then commanded the USS Wisconsin during the Korean War, and eventually headed US Naval Forces-Vietnam. Maxwell Taylor was commanding general the 101st Airborne in WWII, commander of the 8th Army in Korea, and was head of the Joint Chiefs of Staff the start of Vietnam. William Westmoreland fought in WWII in Europe, then led a regiment in Korea, before taking command of all US forces in Vietnam. Creighton Abrams served in the 4th Armored Division in Europe during WWII, and made a name for himself at the Battle of the Bulge. In Korea, he served on the staff of first the 10th Corps and then the 9th Corps. He eventually capped that by following Westmoreland as overall military commander in Vietnam.

However, the aforementioned officers are not exactly statistically representative of the thousands of others who served in all three conflicts, without rising to such heights of command. Following are some of the stories of these other remarkable servicemen.

There are not that many people like Ludwig Hoge. He is among the relative few who can say that they saw front line service in the Second World War, in the Korean War, and in the Vietnam War. Hoge is among an even rarer fraternity of servicemen who managed to go through all three conflicts, without suffering a scratch. The secret, according to him, was prayer: “Pray every chance you could get. And by that, I think it saved my life. I really do”.

Hoge began a three decade military career when he was drafted into the US Army in WWII, and ended up fighting his way across Europe with the 36th Infantry Division. He remembers all the times that bullets whizzed by, and shrapnel screamed around him. He lost many friends along the way, but came out of the war physically unscathed, and with a Bronze Star. America’s next war found Hoge, a music lover, serving in the 45th Infantry Division’s band as a percussionist.