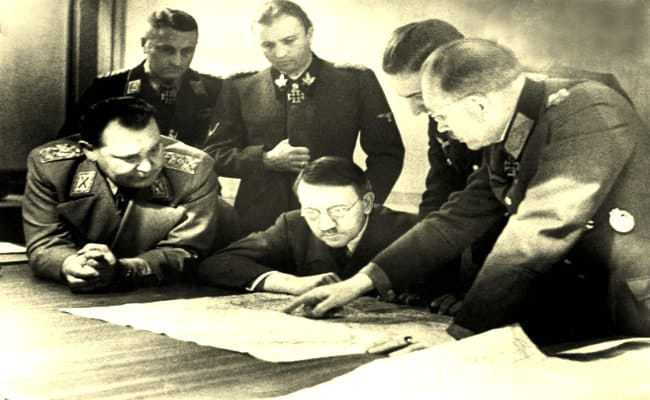 On December 16th, 1944, Allied forces were camped on the Western front in the Ardennes forest in southern Belgium and Luxembourg. They had no idea that Hitler was ready to attack with a Blitzkrieg force of 450,000 men and thousands of tanks. Hitler wanted to stop the Allied use of the Belgium port of Antwerp and he wanted to split the Allied forces. So he began what is known as The Battle of the Bulge. The massive force caught the Allies by surprise. The surprise attack and the size of the offensive gave the initial upper hand to the Germans but by the time the battle ended on January 25th, 1945, the Allies came out on top. Both sides experienced tens of thousands of casualties and it ended up having the highest number of American casualties of any operation during the war. The Allied defeat of the Germans at the Battle of the Bulge marked the end of the Axis offensive on the Western Front.

Here are ten facts about the battle of Burge that you haven’t heard.

10. The Name Comes From a “Bulge” Left in the Allied Lines

This battle actually has a number of different names which tend to vary based on who you ask. The Germans codenamed the buildup Wacht am Rhine (Watch on the Rhine) and the offensive itself Unternehmen Herbstnebel (Autumn Mist). The Allied command named it the Ardennes Counteroffensive while the French forces called it La Bataille des Ardennes. If you look at a map of the battle, you will notice a line in semi-circle form, a product of the German blitzkrieg attack on the Allies’ forces. Although the Hitler did not manage to split the Allied front in two, he did manage to inflict a bulge in the front lines of about 50 miles north-south and 70 miles west. For two weeks, the Germans achieved breakthroughs in half a dozen places, and it appeared that they would reach at least the Meuse River (a penetration of more than seventy miles). It was mostly American troops along the lines and some of them had very little experience in combat. The well-trained troops of the U.S. 28th and 106th Infantry Divisions collapsed and created a gap (known as the bulge) allowing the 58th Panzer Corps and the 47th Corps to pour through it. The name Battle of the Bulge was given by the media to describe the inward looking line in the wartime maps. The catchy name would become the most recognized name for the battle.

While the bulge took a huge effort by the Germans, just a month after the start of the Battle of the Bulge, the bulge was no more and the Allied front line was back where it was before the battle had occurred.