26 Photographs of the Heroes of Iwo Jima, Where Uncommon Valor Was a Common Virtue 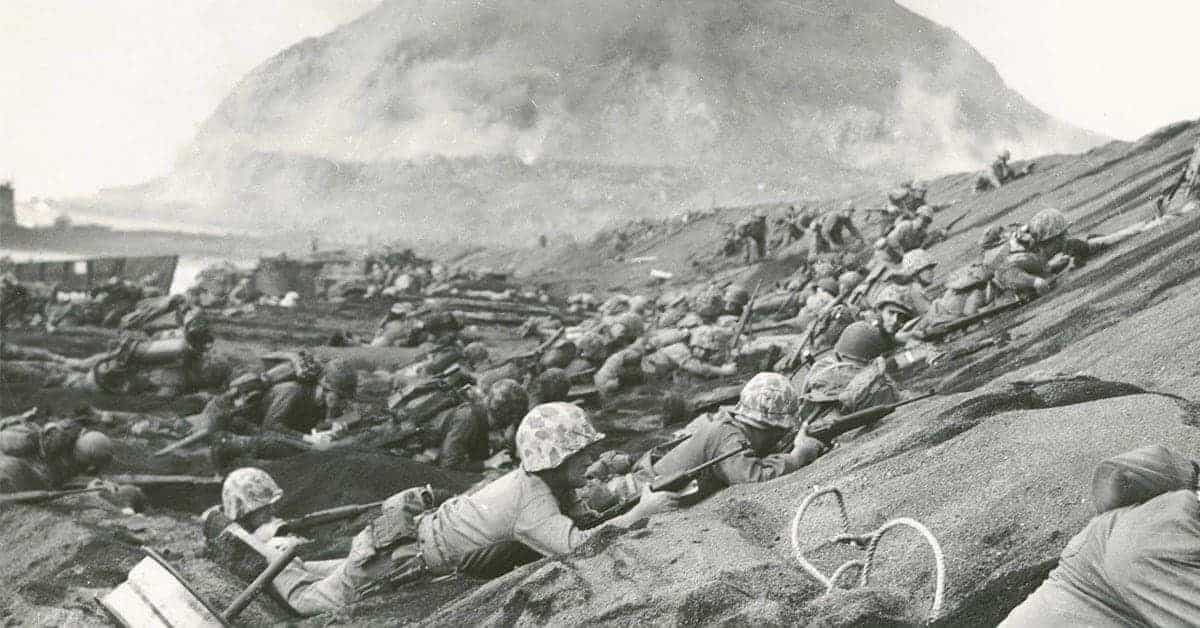 26 Photographs of the Heroes of Iwo Jima, Where Uncommon Valor Was a Common Virtue

The Battle of Iwo Jima was a major conflict, beginning February 19, 1945, in which the United States Marine Corps landed on and captured the island of Iwo Jima from the Imperial Japanese Army during the second World War. The invasion, named Operation Detachment, was purposed to capture the island and the three Japanese airfields to provide an operational base to attack the main islands.

The Imperial Japanese Army positions on Iwo Jima were heavily fortified, with a network of bunkers, hidden artillery posts, and more than 10 miles of underground tunnels. The American ground invasion was supported by extensive naval artillery and had complete air supremacy.

Upon landing on the beaches, the Marines found 15-foot-high slopes of soft black volcanic ash. The bad conditions prevented agile movement, the ability to dig foxholes, and the utilization of most heavily armored vehicles. Through a day of struggle, the Marines were able to get a footing on the island. In the subsequent days, the Americans expected the Japanese to attack in large rushing waves during the nights, a strategy they had previously implemented. Japanese General Kuribayashi forbade these Banzai attacks because had proved unsuccessful.

The Japanese withdrew into their tunnels for ambush. At night, Japanese soldiers would sneak out and attack Marines in their foxholes. Japanese soldiers who spoke English would also pretend to be wounded Americans and call for help, only to kill their attempted rescuers.

The Marines successfully captured Mount Suribachi on February 23, 1945. The Marines learned that firearms were ineffective in clearing the tunnel systems and started using flame throwers. For the remainder of the 36 day assault, the Japanese held out in the tunnel systems for as long as they could. They eventually they ran out of food, water, and supplies. With defeat imminent, the Japanese resorted to Banzai attacks which were suppressed with machine guns and artillery support.