Today in History: Mussolini is Executed (1945) 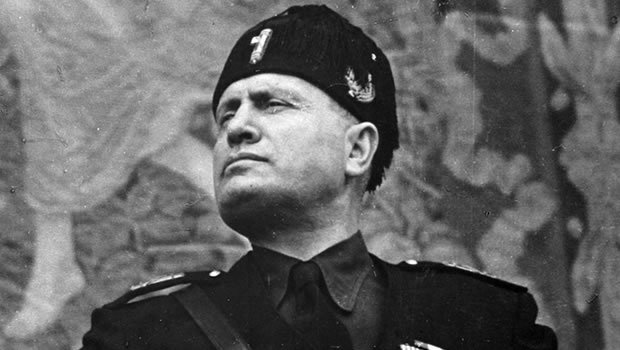 Today in History: Mussolini is Executed (1945)

On April 28, 1945, former Dictator Benito Mussolini was executed by Italian Communists near the Switzerland border. Mussolini was a man who had many different titles while in service to the nation of Italy. Over the course of roughly 25 years he held the following positions (some of them at the same time):

The most historically relevant of those titles are the ones after 1925. That year, Mussolini made the decision to drop the facade of democracy and to take up the role of dictator.

Mussolini had been the head of the Italian Fascist Party since 1919 and was a staunch supporter of socialist views and government. By the time World War II started, Mussolini had consolidated all of his power and had converted Italy into a one-party dictatorship.

He did this through the use of secret police, who he used to take out his political rivals. In 1939, when World War II officially started, Mussolini joined the war on Germany’s side and used Italian forces to focus war efforts in North Africa.

In July 1943, Mussolini was deposed by King Victor Emmanuel III, who restored Italy to its previous state. Mussolini was arrested, but only for a few days before he escaped with the help of fellow fascists. For the next two years, he was installed as the Duce of the Italian Socialist Republic, a small portion of northern Italy controlled exclusively by the Axis powers.

When Benito Mussolini discovered that the war was lost, he attempted to escape Italy. He knew that if he were caught by any of his enemies he would either be executed on sight or would be tried for war crimes. Along with his mistress, he fled to Switzerland, where he was caught at the border.

On April 28, 1945, he was put to death by firing squad. Mussolini is one in a long line of dictators throughout the first half of the 20th century. The wave of fascism spread throughout Europe thanks to Hitler and Mussolini and was replaced in 1945 by the spread of Communism.

While a true dictator, Mussolini’s impact on World War II was minimal when compared to Hitler or even the Emperor of Japan, Hirohito. Italy’s military was a shadow of its former dominance and failed to overwhelm even lesser numbers in North Africa. In the end, Mussolini will be remembered as a violent dictator, who participated in the greatest war in world history.

Foreign Policy – Did the Brutal Death of Mussolini Contribute to Hitler’s Suicide?