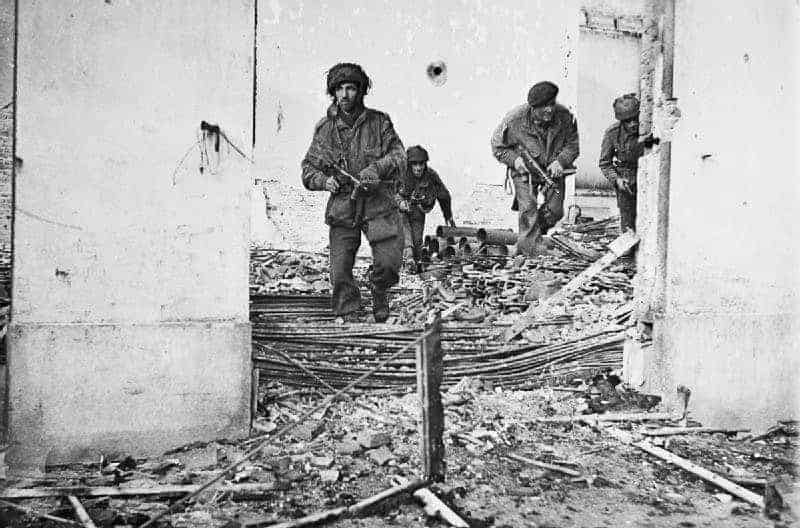 On this day in 1944, Operation Market-Garden was at its height. It was an ambitious a plan to seize bridges across the Rhine River in the Netherlands. It was to prove to be one of Hitler’s last great victories over the allies. The plan was for the Allies to capture bridges across the Rhine and this would allow them to easily cross the last natural obstacle on their way to Germany. It was intended to speed up the liberation of Europe but instead, it resulted in a terrible defeat. Airborne units were to be used to take the Germans by surprise and to capture the key bridges.

The idea for Market Garden was conceived by Montgomery and he believed that it could lead to the speedy end of the war. In particular, it was hoped it would allow then allies to secure more territory in Germany before it was occupied by the Red Army. However, the plan did not go well from the start. The plan involved British, American, Polish and Canadian paratroopers. They first units who parachuted into the area were soon captured by the Germans. Unbeknownst to the allies the Germans had more forces in the area that anticipated and in particular they had an SS division stationed near Arnhem. Bad weather also hampered the operation. However, the allies persisted and more troops were landed into the area, many using gliders. The allied plan was for the paratroopers to seize the bridges and then they would be joined by British tanks, who would secure them for the allies. The tanks did not arrive as quickly as anticipated and the airborne troops were left exposed to a fierce German counterattack. The SS Division had tanks and they were key to the successful German counter-attack. The allies did secure all their objectives apart from the bridge at Arnhem in the operation. The Germans had defended the bridge fiercely and they eventually drove the paratroopers back, after the intervention of the SS troops. The British and Polish paratroopers had to try and make it back to the allies’ lines. In the battle for Arnhem Bridge out of a joint British and Polish force of 10,000 only 3,000 escaped.

It has been claimed that the allies were betrayed by a Dutch resistance member, this was based on the idea that the Germans had been waiting for the allied attack. This has been disproved by historians. The said Dutch resistance fighter was a double agent but he did not betray the allies plans as he was simply not aware of the planned attack.

The failure of Operation Market Garden meant that the allies had to find other ways to cross the Rhine into Germany. They eventually did this in early 1945. The Bridge at Arnhem was actually only liberated during the last weeks of the war.