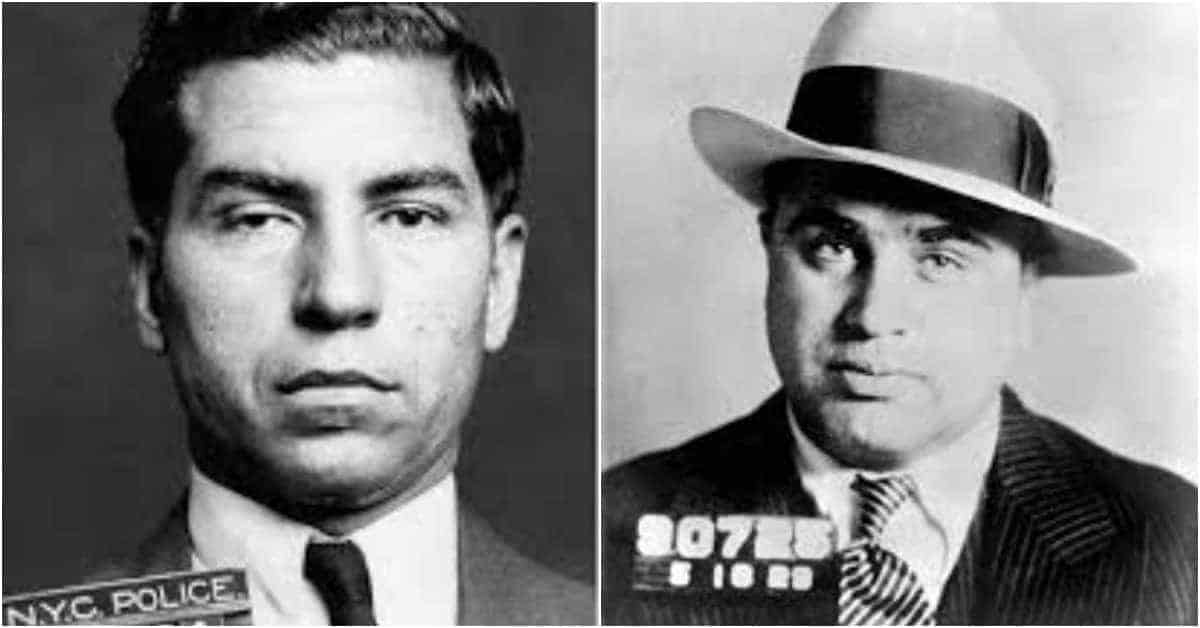 Born in Brooklyn, Capone joined a street gang in his childhood, that was run by Johnny Torrio, who became his lifelong friend and mentor. He followed Torrio into the Five Points Gang, and when Torrio moved to Chicago, he set Capone up with a job working a bar for Frankie Yale in Coney Island. It was while working that bar that Capone earned the “Scarface” nickname after making a pass at the sister of a gangster, who retaliated by slashing Capone’s face.

He asked Yale to move him from working the bar to joining his criminal enterprise, but when Yale sent him to collect a late debt owed Yale, Capone flubbed the opportunity and shot the debtor dead. He then moved to Baltimore and got a legitimate job as an accountant, until Torrio invited him to join him in Chicago. There, Capone became Torrio’s right-hand man as he exploited Prohibition to become a bootlegger and Chicago’s leading mob boss. After Torrio miraculously survived an assassination attempt that left him severely injured in 1925, he retired and appointed Capone his successor in running the Outfit.

As Chicago’s crime czar, Capone ran bootlegging, gambling, and prostitution rackets, ruthlessly expanding his territory by gunning down rivals. By 1927, Capone was worth an estimated $100 million – billions, in today’s money. That year, he had to go into hiding for a few months after killing a prosecutor who had tried but failed to indict him for murder after Capone got to the witnesses, but re-emerged a few months later and went unpunished.

His most notorious act was the St. Valentine’s Day Massacre in 1929 when his gunmen machine-gunned members of a rival Irish-American gang in a North Side garage. He went unpunished for that crime as well, although he did serve 10 months behind bars that year for carrying a concealed handgun in Philadelphia. His notoriety and impunity made him a criminal celebrity and an object of fascination, regularly featured in newspaper gossip columns as well as front pages.

He was finally brought down not for his sundry murders and acts of violence, but for cheating the IRS. In 1931, he was indicted for federal income tax evasion, and in October of that year was tried, convicted, and handed an 11-year sentence. Initially sent to an Atlanta penitentiary, he was transferred to Alcatraz in 1934. Deteriorating from late-stage syphilis, he was released in 1939 and retired to Florida, where he died in 1947.