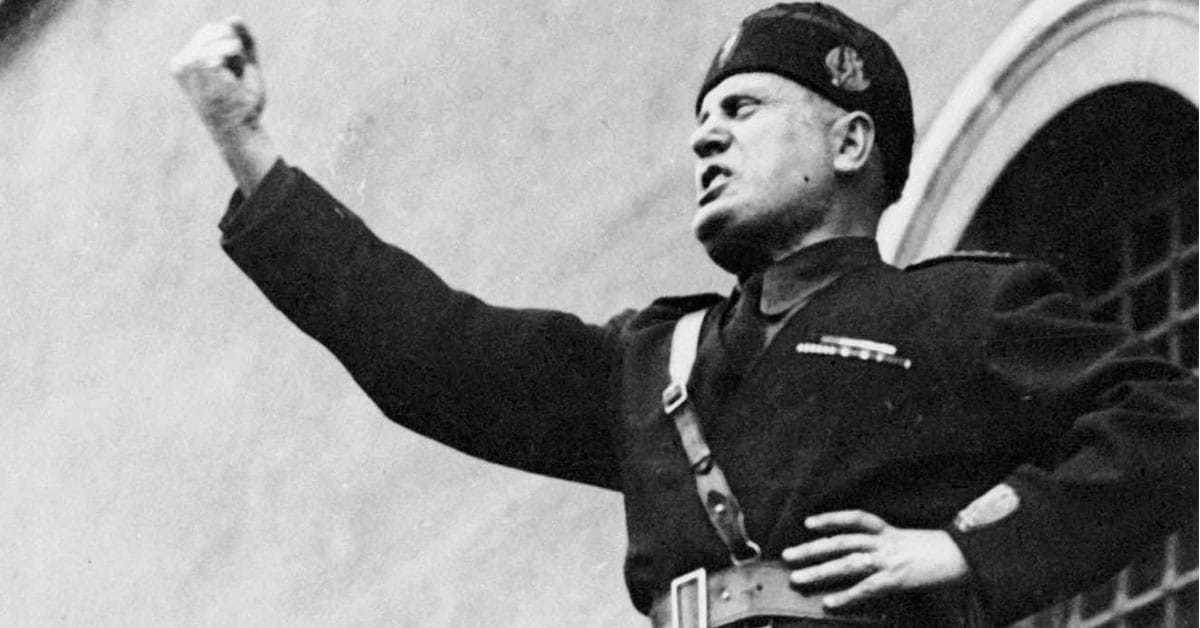 The original fascist ideology is associated with the Fascist Revolutionary Party (PFR), founded in 1915 and was succeeded by the National Fascist Party (PNF) in 1921, under Benito Mussolini ruled the Kingdom of Italy from 1922 until 1943.

Fascism was born in the wake of World War I as a result of the inflated economy, large debts, and widespread unemployment. Discontented factory workers and the peasants’ opposition to the socialist agricultural collectivism. Fascism began to spread through the countryside toward the end of 1920. Socialist and Catholic organizers of farm hands were soon attacked by Fascist para-military Blackshirt squads. Nightly expeditions to burn Socialist and Catholic labor headquarters had begun.

Italian fascism was rooted in nationalism, revolutionary socialist syndicalism, and the desire to restore and expand Italian territories, which was deemed necessary for a nation to assert its superiority and strength. Italian Fascists claimed that Italy is the heir to ancient Rome and its legacy, and had historical claims to control the Mediterranean Sea.

The Fascist movement opposed liberalism in the sense of “the debacle of individualism.” The Fascists also opposed Marxist socialism because of the typical Marxist opposition to nationalism.

Italy’s Fascist state was, necessarily, totalitarian. Mussolini described totalitarianism as seeking to forge an authoritarian national state that would be capable of creating a powerful modern Italy. “Fascism is for the only liberty which can be a serious thing, the liberty of the state and of the individual in the state. Therefore for the fascist, everything is in the state, and no human or spiritual thing exists, or has any sort of value, outside the state. In this sense fascism is totalitarian, and the fascist state which is the synthesis and unity of every value, interprets, develops and strengthens the entire life of the people.” Thus, individual liberty vanished.

History of Western Civilization II – The Rise Of Fascism

Time Magazine – What Is Fascism? What to Know About Its Brutal Origins

Historians – The Rise and Fall of Fascism

European Economic And Social Committee – Fascism On The Rise: Where Does It Come From, And How To Stop It, With A Common European Response

Library of Economics and Liberty – Similarity Between Socialism and Fascism

AEON – The Lure Of Fascism

The Conversation – After 100 Years, Mussolini’s Fascist Party Is A Reminder Of The Fragility Of Freedom