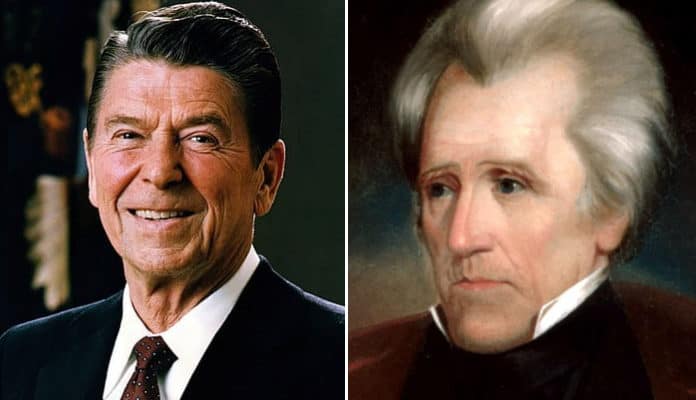 A concise and seemingly simple means to remove an individual stymieing one’s own objectives, the orchestrated murder of a prominent individual is a recurrent feature throughout history. Motivated by many potential reasons, spanning politics, money, revenge, or simply insanity, from Julius Caesar to John F. Kennedy the assassination of a leading figure can produce a ripple effect changing history forever. However, not all such attempts achieve the outcome desired, with the individual, whether through luck, fortitude, or incompetence, surviving the effort to terminate their existence and affecting the course of history just as much as if it had succeeded.

20. President Ronald Reagan was the victim of an assassination attempt in 1981, motivated by John Hinckley Jr’s delusional belief that it would impress actress Jodie Foster

Ronald Reagan (b. 1911) was an actor and politician who served as the 33rd Governor of California before becoming the 40th President of the United States. Remembered for his strict adherence to “supply-side” economic policies, dubbed “Reaganomics”, as well as for an aggressive foreign policy against the Soviet Union, Reagan won re-election in 1984 with the largest majority in history via the Electoral College. Soon after his inauguration in 1981, Reagan was the victim of an assassination attempt at the hands of John Hinckley Jr. Suffering from erotomania, Hinckley had developed a delusional obsession with Jodie Foster and believed killing the president would impress the young actress.

On March 30, 1981, Reagan delivered a luncheon address at the Washington Hilton Hotel. Whilst exiting the building en route to the presidential limousine, Reagan passed within meters of Hinckley who opened fire with a Röhm RG-14 .22 LR revolver. Firing six shots in just 1.7 seconds, although Hinckley missed the president with all of them the sixth bullet ricocheted off the armored limousine and penetrated the president under the left arm. Grazing his rib and lodging in his lung, the bullet stopped less than an inch from his heart. Ultimately recovering from his injuries and resuming presidential duties on April 11, Hinckley was sentenced to a psychiatric facility and released only in 2016.