The History of the FBI, Part 3: Hoover, Prohibition, and Organized Crime 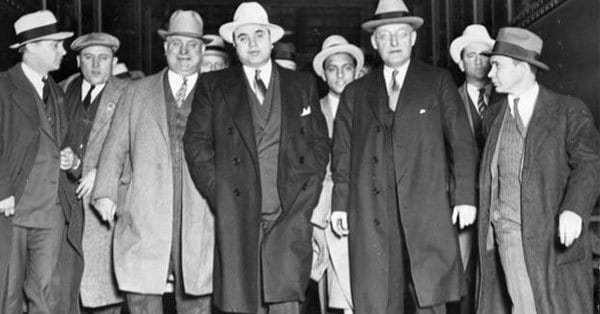 The History of the FBI, Part 3: Hoover, Prohibition, and Organized Crime

Attorney General A. Mitchell Palmer and J. Edgar Hoover, a young justice department lawyer, responded to the anarchist attacks and the Red Scare with the Palmer Raids starting January 2, 1920. Over the next six weeks, raids were conducted by the Department of Justice and the Bureau of Investigation. Their aim was to capture, arrest, and deport suspected radical leftists, especially anarchists, from the United States. These raids were heavily criticized by the public for infringing on t civil liberties. More than 500 foreign citizens were deported.

On October 28, 1919, the National Prohibition Act was passed, and began taking effect January 17, 1920. This caused an explosion of organized crime. By the mid 1920’s in Chicago alone, there were over 1,300 bootlegging gangs armed with automatic “Tommy” guns. Rival gangs led by Al “Scarface” Capone and George “Bugs” Moran turned the streets of Chicago into a war-zone.

The local police forces were under funded, untrained, and totally unprepared to deal with the crime wave. In the meantime, Bureau of Investigation was embroiled in controversy when it was revealed that the Justice Department had used Bureau agents to spy on members of Congress who opposed its policies.

By 1924, the Attorney General at the time, Harlan Fiske Stone, named J. Edgar Hoover Director of the Bureau of Investigation. Hoover worked quickly to reform the Bureau by removing unqualified, politically appointed agents, creating a strict code of conduct and instituted regular inspections of Headquarters and field operations. He also made requisite background checks, interviews, and fitness tests for all special agent applications. In January, 1928, the first formal training, a two-month course of instruction and practice exercises, was held.

One of Hoover’s first major projects was consolidating the nation’s two major collections of fingerprint files. In the 1924, Hoover created an Identification Division tasked with gathering finger prints from police agencies nationwide and matching prints to criminals and crime evidence. By 1936, the agency had a total reservoir of 100,000 fingerprint cards; by 1946, that number had grown to 100 million.

In 1930, the Bureau took the lead on developing a system to classify and report crimes and began to collect crime statistics on the national level. By 1932, the Bureau introduced its first technical laboratory to provide scientific examinations and analysis.

The Bureau of Investigation was finally ready to take on the plague of organized crime.