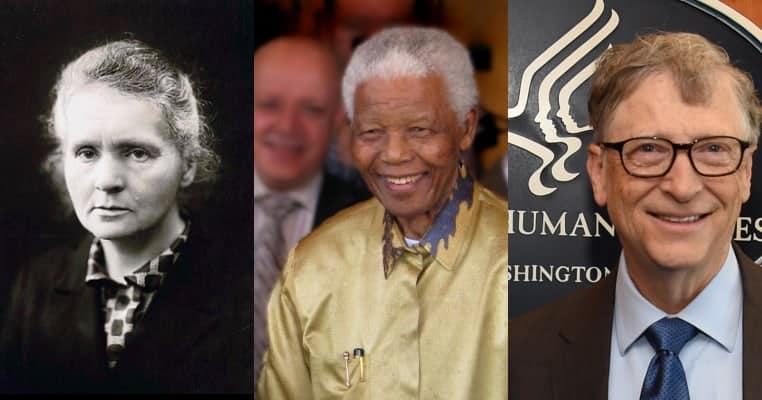 The ultimate “Renaissance Man,” Leonardo da Vinci was an artist, scientist, writer, botanist, musician, polymath, inventor, you name it, he could do it. Even if you can’t name it, he could probably do it. He painted masterpieces such as The Mona Lisa and The Last Supper. His enigmatic notebooks, which are sometimes written backward, contain drawings of things like prototype helicopters and anatomical depictions of humans. He is widely regarded to be one of the most widely-talented people who ever lived.

Isaac Newton is probably most famous for his discovery of gravity, which explains both why things fall to earth and why planets stay in orbit around the sun. When he needed to make measurements that involved a form of math that didn’t exist, he invented a new branch of math: calculus. He wrote down many of his discoveries in a book called Principia, which is still considered a masterpiece. His findings were used by Einstein over two centuries later.