The Forgotten Story of the Eastern Holocaust 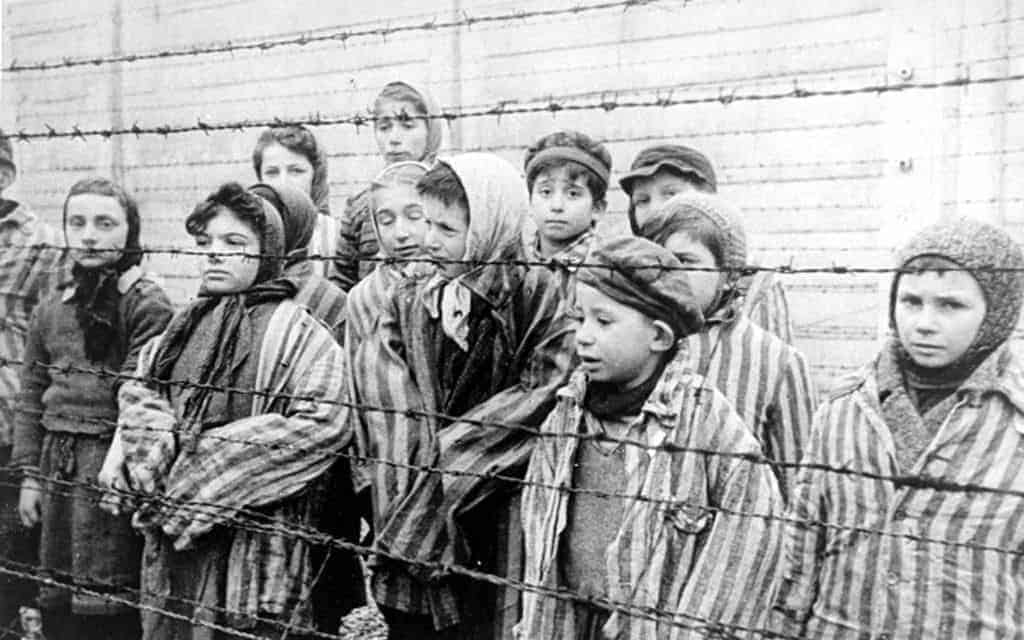 The Forgotten Story of the Eastern Holocaust

The Holocaust was one of the most tragic events in human history. Millions of people were exterminated by the Nazis in a campaign to completely destroy people they considered less than human. But when you think of the Holocaust, you probably imagine people being forced into gas chambers, right? That’s the image that has stuck with us most through the years. But in many ways, that’s only one part of the Holocaust. And mass killing took many different forms in the War. But one of the most brutal parts of the holocaust is often forgotten: the Holocaust in occupied Russia. And there, it wasn’t Zyklon B the Nazis used to kill millions; it was bullets and car exhaust.

Hitler had always been open about his plans for Europe’s Jews. He saw them as a threat to the new world he wanted to build. Therefore, he wanted to get rid of them. But that didn’t always mean mass extermination. In the early days, Hitler and his top aides considered simply moving them out of Europe. There were plans to seize Madagascar from the French and deport every Jew in Europe to colonize it. The fact that many would die there from disease was simply seen as a bonus.

But by 1941, the Third Reich was leaning closer to a “final solution,” though the phrase wasn’t in official use yet. Hitler was planning a new world order that had no place for people he considered racially inferior. And that didn’t just include Jews. Roma, homosexuals, communists, and anyone else who threatened Hitler’s plans were targeted for death. Hitler believed that millions would need to die to create the new world he envisioned. Hitler’s plan centered around “Lebensraum,” or “living space.” As he saw it, the Germans were a people hedged in by the borders of their nation with no room to grow.

And it was in the East that Hitler saw the future of the German people taking shape. Under the “Generalplan Ost,” the Nazis planned to seize the area and move millions of Germans into it to create a new society of “soldier-peasants,” former SS men who could farm the land and multiply. Once the Soviets were defeated, the Germans could expand all the way to the borders of Asia. And there, one day far in the future, the civilizations of the West and the East would clash in one final battle for control of the planet.

Hitler and his top aides thought that if the West was to have any chance of winning this final battle, they would need to breed hundreds of millions of fighting men on their colonized farms in the East. And for that to happen, millions of non-Germans would first need to die. So, as the German army swept east, specialized groups of killers followed. They rounded up Jews, partisans, and anyone else Hitler felt needed to be liquidated. And soon, a wave of mass-murder would sweep across the East as these men executed millions of people to make way for Hitler’s new world.

The task of killing the Jews of the east was assigned to special groups called “Einsatzgruppen.” These groups were under the command of SS-leader Reinhard Heydrich, a man who was deeply involved in planning the Holocaust, and whom Hitler once called “the man with the iron heart.” Heydrich’s assignment was to liquidate every Jew in the occupied territories. To the Einsatzgruppen, a Jew was anyone who had at least one Jewish grandparent. The Einsatzgruppen operated by using captured police documents, census records, or simply asking the villagers to identify Jews.

Often, the areas the Einsatzgruppen operated in had a long history of anti-semitism. And sometimes, the local populace was happy to do the Nazis’ job for them. As the Soviet Army retreated, spontaneous pograms erupted as people began attacking their Jewish neighbors. The Einsatzgruppen relied on these pograms, and even tried to instigate them if they didn’t happen on their own. Thousands of Jews were murdered by their neighbors and their houses looted in these outbreaks of violence. But the Einsatzgruppen quickly realized that they couldn’t rely on the pograms to kill their victims fast enough.

Instead, the Einsatzgruppen formed “mobile killing units.” These units moved in trucks from village to village, rounding up Jews, Roma, and the mentally disabled. These people were then taken to remote locations and forced to dig mass graves. The victims were then stripped of anything of value and lined up in front of the graves. Once their superiors gave the order, the Einsatzgruppen opened fire. In the first year of the invasion of Russia, these shootings were carried out at a frenzied pace. Hundreds of thousands of people were massacred as the Einsatzgruppen ruthlessly scoured the country for victims.

In spite of the fact that hundreds of thousands of people were killed in these mass shootings, the Nazis felt that the killing wasn’t being done fast enough. They estimated that only around 15% of the Jews in the occupied territories had been killed. This simply wasn’t enough for the Nazi leaders. And they had another problem with the shootings as well. The act of massacring hundreds of thousands of people with bullets was taking a psychological toll on the members of the Einsatzgruppen.

When forming the Einsatzgruppen, the Nazis had made a special effort to pick men they thought would be able to handle the psychological burden of mass murder. Anyone who seemed to enjoy killing a little too much was quickly discharged, as was anyone who seemed to be motivated by stealing the possessions of the murdered. Sometimes, people who committed murders outside of the organized shootings were even prosecuted by the Nazi authorities. The SS saw the killings of Jews as a duty to their race. They were cleansing these territories of “subhumans” so that Germans could occupy them. They wanted their executioners to be strictly professional. And soon, they found a more “professional” method of mass execution.

By late 1941, the Einsatzgruppen members were becoming less efficient. The unit was routinely issued with extra rations of alcohol as the members often reported being unable to sleep. The alcohol was thought to help ease their guilty consciences. But now, the unit was beginning to suffer from a higher rate of alcoholism than the regular army. In addition, suicide rates were skyrocketing, as were desertions from the unit. As a result, the Nazi leaders began to worry that the broken men in the Einsatzgruppen wouldn’t be able to continue killing at the pace they needed. The Nazis needed a better way to kill Jews.

The Nazis began to explore other, more impersonal methods. Even before the invasion of Russia, the Nazis had tried using specially equipped trucks to kill prisoners. These trucks were airtight and the exhaust was funneled by a special pipe into the back of the trucks. When victims were locked inside, the carbon monoxide from the engines quickly killed them. So, all the Einsatzgruppen had to do was load up the truck with victims and drive to a disposal site. By the time they arrived, the victims would be dead. All that was left was to dump the bodies into a mass grave.

But once again, this method proved to be too slow for the Nazis. By 1942, they were experimenting with more poisonous gasses than car exhaust. They soon identified a particularly effective pesticide gas called Zyklon B. Zyklon B was usually used to kill lice or other pests, but the Nazis found that it was equally effective at killing people. And once they had the tool for mass murder, the Nazis needed to find the most effective way to use it. Their experience on the Eastern Front was quickly teaching them that the mobile killing units weren’t the best way to commit genocide.

Instead of bringing the killers to the victims, they needed to bring the victims to the killers. They needed to industrialize mass murder. The Nazis had long used concentration camps as a place to hold Jews, communists, and political prisoners. As the army moved east, the concentration camps followed. Originally, the prisoners in these camps were simply worked to death or shot. There was nothing like the industrialized genocide that marked the later stages of the Holocaust. It was their experiences in Russia that gave the Nazis the idea of turning these camps into death factories.

So, the Nazis began rounding up Jews by the millions and deporting them to these camps, particularly Auschwitz in occupied Poland. By late 1942, the Holocaust as we know it today had truly begun. The Nazis had turned mass killing into a science. Victims were transported by train to the camps. There, they were gassed, and their bodies incinerated. The remains were dumped in mass pits. Millions would eventually perish in these factories of death. But it was the Nazis’ experience in Russia, a part of the Holocaust that’s largely forgotten today, that really made these mass killings possible.

Einsatzgruppen and Other SS and Police Units in the Soviet Union. United States Holocaust Museum Memorial.

The Nazis & the Jews: The Madagascar Plan. The Jewish Virtual Library.