The Existence of Jesus Christ is Still a Much Debated Issue 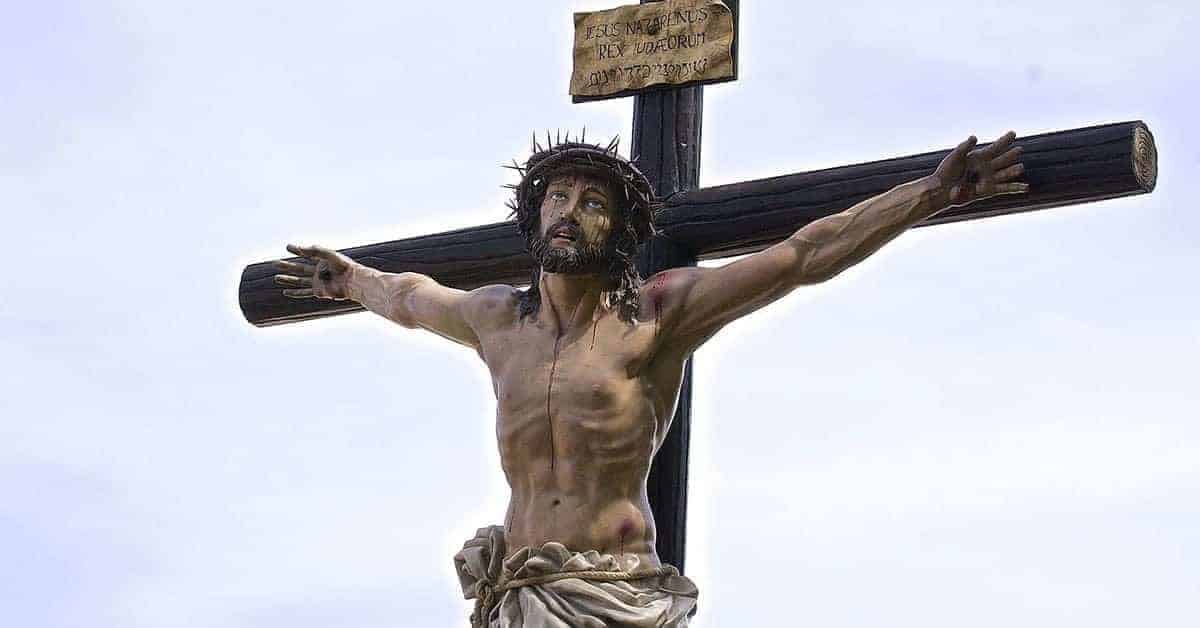 The Existence of Jesus Christ is Still a Much Debated Issue

For perhaps the most famous and influential figure in history, Jesus of Nazareth is remarkably (and frustratingly) enigmatic. Veiled beneath a Turin Shroud of obscurity are not just the life and teachings—not to mention such supernatural elements as the miracles—but even the very existence of Jesus as a historically verifiable figure. It’s this last issue, and the controversy surrounding it, which has been argued pretty much non-stop since the late 18th century.

We shouldn’t be surprised the debate rages on. Christians generally have it in their best interests to defend the existence of the man upon whom their religion is founded, while those on the other side of this (often violent) argument have an easy target in challenging the historicity of Christianity’s superhuman founding father. What better way to go for the jugular than do ask, “well did he even exist?”

The answer, in short, is yes, he almost certainly did. The amount of written evidence we have is simply too overwhelming to deny his existence. I’m not talking about primary evidence—letters written by his hand, for example, or direct contemporary references to him in the form of writing, coins or statues. Primary evidence is gold dust for ancient historians, and we shouldn’t be too surprised that none of it exists for an obscure first-century Jewish preacher living under Roman-occupied Judaea.

We do however have a decent amount of secondary evidence for Jesus’s existence from Christian, Jewish, and Roman writers. Sceptics often criticize the quantity of such evidence for being a little too thin or sketchy. But these are shaky grounds for denying his existence outright. After all, if we’re going to impose a minimum requirement on the amount of evidence required to confirm someone’s existence, wouldn’t it make sense also to impose it on other people from antiquity for whom there’s little information?

Socrates offers us a good example. As with Jesus, we have nothing of his writing and no trace of him in the archaeological record. His teachings survive only as preserved by his contemporaries—Plato, Xenophon and Aristophanes—and in later anecdotal references. Does this lack of primary evidence mean we should question his existence? Probably not… Then again, is there as much to gain from questioning Socrates’s existence on public forums or in heated religious arguments over, say, Jesus’s? Definitely not.

So what is our evidence for Jesus’s existence? The earliest comes from the letters of St. Paul, written around 25 years after Jesus’s death. Paul reveals that he knew Jesus’s brother, James, as well as his most fervent disciple, Peter. This is pretty good evidence for at least the existence of a historical Jesus. Then there are the four New Testament gospels—of Matthew, Mark, Luke and, a little more problematically, John—probably written within 40 years of Jesus’s death.

It’s difficult to see why they would have invented such a detailed, and more importantly Jewish, figure, especially given the relative unpopularity of Judaism in Palestine under the early Roman Empire. Then again, only two main episodes in Jesus’s life can be corroborated across all four gospels: The first was his baptism by John; the second was his crucifixion on the orders of the Roman prefect Pontius Pilate.

Not only are these events taken—so to speak—as gospel because of the frequency with which they’re attested, but there’s also the compelling argument that it would have been bizarre to make them up. With the baptism, it’s strange that Jesus should have had to be baptized at all considering John performed the procedure to remove one’s sins (Jesus, we should remember, was supposedly without sin).

With the crucifixion story, it’s hard to rationalize why early Christians would have invented such a drawn-out, painful, and frankly rather embarrassing death for their founder. That it unless early Christian martyrs were trying to project a story of martyrdom onto their leader to give them a sort of inspirational role model. In fact, we know that many early Christians—the 1st century AD bishop Ignatius of Antioch, for example—saw Christ’s death as a model fit for imitation.

Of course, it’s not so much Jesus’s death in the Christian texts that troubles skeptics as his later resurrection. I don’t want to go into the supernatural elements; suffice to say that there were enough from the beginning. In Galatians (1:11-12) Paul writes that the gospel he’s preaching is not of human origin. It was instead “received by revelation from Jesus Christ“. It’s more worthwhile to move away from these texts and turn to accounts written by (roughly) contemporary non-Christian authors.

The first and chronologically closest was Josephus (37 – 100 AD). He spent his later years living comfortably in Rome, writing the history of his people under the patronage of the Flavian emperors. But rather than Roman, Josephus was actually Jewish. He’d actually fought against the Romans during the First Jewish War, and was only spared his life because he correctly predicted his captor, Vespasian, would one day become emperor.

Jesus appears twice in Josephus’s writings—firstly in a passage about the death of James, Jesus’s brother, and secondly when Josephus writes about Jesus being crucified by Pontius Pilate. There are a few problems with Josephus’s accounts. Not only was Jesus was a common name (with no less than 20 appearing across Josephus’s works) but the passages that stress this Jesus as “the Messiah” or “a wise man, if it be lawful to call him a man” look forced and out of sync with Josephus’s general style. They could well be later additions by Christian scribes.

There’s also the issue that, considering Josephus had a habit of being very, very thorough, his documentation on Jesus leaves a lot to be desired. He leaves out certain historical nuggets central to Jesus’s story—such as King Herod’s massacring of infants—that you’d expect to find, particularly given that his was a detailed history of the Jewish People. Our Roman writers, who we’ll now look at, had very different interests.

First is the senatorial historian Tacitus (58 – 120 AD). Jesus appears in his account of the reign of Emperor Nero, under whom Tacitus was born. Tacitus describes how in the aftermath of the Great Fire of Rome in 64 AD Nero scapegoated the Christians to draw attention away from himself (many people widely suspected he’d started the fire himself). The Christians, Tacitus informs us, were named after their founder Christ, who was put to death during the reign of Tiberius (14 – 37 AD) by the procurator of Judaea, Pontius Pilate.

We don’t have any copy of Tacitus’s Annals before the 11th century, so this could have been added later. But it’s unlikely. Firstly the Latin fits Tacitus’s tone perfectly. Secondly, he follows his brief biography of Jesus with a damning indictment of Christianity—not something a later Christian writer would likely have added. Such dislike can be explained in how Christianity’s monotheism was seen as potentially dangerous to the polytheistic (and by this stage emperor-worshipping) Roman Empire. And it was a sentiment shared by Tacitus’s close friend—and our final important Roman writer—Pliny the Younger (61 – 113 AD).

Jesus appears in one of Pliny’s many letters to his powerful pen pal, Emperor Trajan. The letter asks what he should do when it comes to prosecuting and punishing Christians in his province of Bithynia (modern Turkey). He describes how it’s impossible to get Christians to renounce Christ, and talks about how they congregate before dawn on a certain day to chant and pray to Christ as if he were a god. The emperor’s reply was that those suspected should be made to offer sacrifice to statues of the Roman gods and renounce their religion. If they could do that, acquit them. If not, by all means, butcher them.

Pliny had no reason to make any of this up, particularly when writing to the most powerful man in the Roman Empire (and, perhaps, the world). Along with Tacitus, Josephus, and, however problematically, the Gospels, this should be considered as solid evidence for a historical Jesus’s existence. Nevertheless, the last 250-or-so years have had no shortage of people willing to challenge Jesus’s historicity, proponents of what’s called the “Christ myth theory“.

The Christ myth theory has been pretty much completely disregarded by today’s scholars. But it had its heydays, particularly during periods of state-driven secularisation. Among the first to take up the argument were the late 18th century Frenchmen Charles François Dupuis and Constantin-François Volney. Volney in particular, however, was very much influenced by the French Revolution, which between 1793 and 1794 was pushing an agenda of dechristianization, largely to take back vast swathes of land from the Catholic Church.

The theory underwent another renaissance under the Soviet Union. But again this wasn’t because the Russians had any more (or less) evidence for the existence of Jesus than anybody else. It’s largely down to the fact that the research was ideologically driven, intended to lend credence to Marxist-Leninist atheism by undermining Christianity at its foundations—or rather its founder.

That a historical Jesus existed is beyond most reasonable doubt. But in trying to establish his existence maybe we’re asking the wrong question, and the question we should instead be asking instead is in what capacity he was believed to have existed. Was it as a preacher, a prophet, a moral instructor? Was it as the Son of God? Was it even as someone who even intended to found a religion? Questions like these bring us closer to the historical legacy of Jesus. And it’s this legacy—even in spite of the resurrection—that has far outlived his lifespan.

The Conversion – The Case for Christ: What’s The Evidence for The Resurrection?

The Guardian – What Is the Historical Evidence That Jesus Christ Lived and Died?

National Geographic Channel – These 12 Men Shaped Christianity—But Were They Real?

PBS – Jesus Many Faces – The Tensions Between Faith and History