Frustrated Ambitions: The 10 Stages of How the Roman Republic Became an Empire

Frustrated Ambitions: The 10 Stages of How the Roman Republic Became an Empire 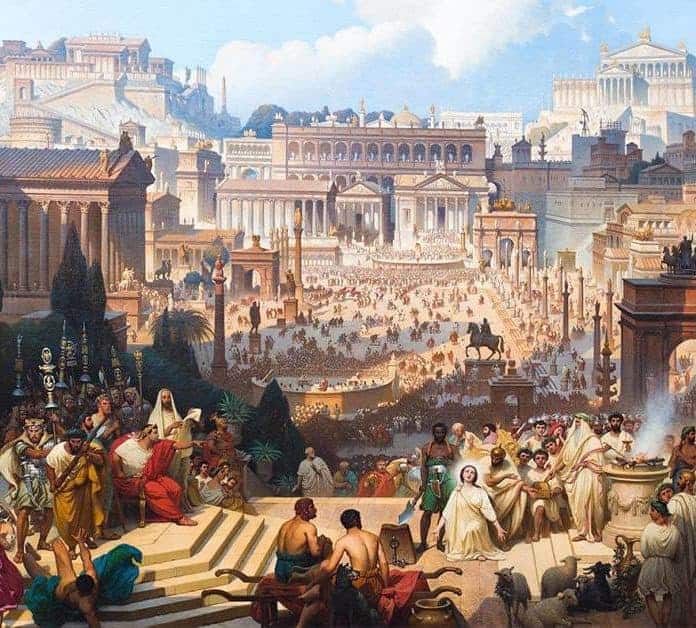 Born out of the expulsion of Rome’s monarchy in the late sixth century BC, the Roman Republic lasted for over 500 years, and presided over Rome’s growth from a small, unimportant township to become one of the largest empires in the ancient world. But what exactly was the Roman Republic, how did it differ from the Roman Empire, and how did it ultimately collapse?

Our word republic comes from the Latin res publica, which means “public thing” or “public matter”. Politically, it combined elements of everything: its two annually elected consuls at the head made up the monarchical element; the Senate, composed of former office-holders and responsible for allocating funds and strategising foreign policy, made up the oligarchic element; and the people’s assemblies, responsible for elections and passing legislation, made up—at least superficially—the democratic element.

Given how their Republic was founded, it’s easy to understand why the Romans would harbour an innate hatred of kingship. In fact they structured their Republic in such a way that, theoretically, no one person could ever become that powerful. The great irony is that, after spending the Republic’s last few decades trying to hold back the tide of one-man rule by fighting a series of bloody civil wars, that was precisely what they ended up with. This article looks at the series of events that led to the Roman Republic ultimately unravelling, only to be replaced with one-man autocratic rule under what’s commonly known as the Roman Empire.

The destruction of Carthage in 146 BC

There are two things worth knowing about Cato the Elder. First, he was your model conservative Roman: a spokesman for back-to-basics values and a sharp critic of flashy, perfumed Greek culture. Second, he really hated Carthage. Much to the ire of his fellow senators, he would end every speech he gave in the Senate Carthago delenda est, “Carthage must be destroyed!” Once he even began one by letting some delicious ripe figs fall from his toga, informing his bemused colleagues that their place of origin (Carthage, in fact) was just three days away.

Cato’s fear of Carthage was well founded. Already, the Roman Republic had been at war with the naval and mercantile superpower twice in what’s known as the Punic Wars. The First Punic War (264 – 241 BC) was fought over control of the strategically important islands of Corsica and Sicily, which the Romans ultimately managed to wrestle from the Carthaginians. The Second Punic War (218 – 201 BC) didn’t go quite so well for them; they spent most of it decisively and crushingly losing to Hannibal who’d marched his army—compete with elephants, only one of which survived—up from Africa, through Spain, over the Alps and into Italy.

For reasons lost to history, in 216 BC when Hannibal was “at the gates” and had his opportunity to take Rome he chose not to. Perhaps realising the extent of Rome’s manpower reserves, he instead marched south and waged an ultimately unsuccessful campaign to win Rome’s Italian allies over before being recalled to Carthage and later defeated at the Battle of Zama. Cato’s incessant pleas for Carthage’s destruction come from the eve of the Third Punic War (149 – 146 BC): a short encounter, most of which was spent besieging the city of Carthage itself. Under the leadership of Scipio Aemilianus, the Roman Republic soon starved it into submission before brutally sacking it.

The destruction of Carthage and of the Greek city of Corinth the same year announced Rome as the new dominant power in the Mediterranean. This had its problems. The first was the massive influx of wealth (luxuria the Romans called it) that came with defeating these powers and the corrupting influence this had on (supposedly) simple Roman values. The second was with its annually changing leaders, the Republican form of government was barely capable of administrating Italy, never mind the whole Mediterranean basin. Thirdly, the Romans needed a powerful enemy to soak up their excessive military energy. With no serious threat to the Roman Republic’s survival, its daggers drawn for war began to point inwards.