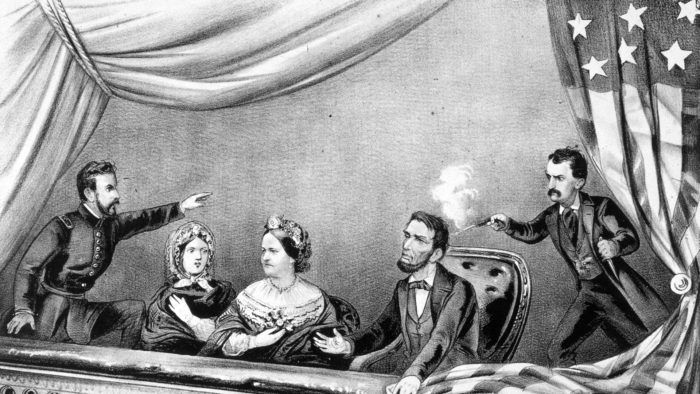 It is a bit hard for people today to realize what a polarizing figure Abraham Lincoln was during his presidency, and a lot of that is because it his hard to understand the stress the U.S. endured during the Civil War. The term “Brother vs Brother” is often used when describing the Civil War and the tensions that existed during and after the war.

As you can imagine, because the South lost the war and surrendered their sovereignty and army, the people there were bitter. Despite the leaders of the Confederacy surrendering, many in the South did not accept defeat so easily.

What isn’t commonly known is that Lincoln wasn’t the only victim the night that Booth attacked at the Ford’s Theatre. Booth’s accomplice, Lewis T. Powell, wounded Secretary of State William H Seward and three others after breaking into Seward’s home. George A. Atzerodt was tasked with killing Vice President Andrew Johnson, but lost his nerve and fled Washington.

Just after 10:00 p.m., Booth entered the private box where President Lincoln was watching a performance of “Our American Cousin” and shot one bullet into the back of Lincoln’s head. He then shouted “Sic semper tyrannis”, which translates to “Thus always to tyrants”, and jumped from the box to the stage, breaking his leg before he fled.

Booth’s leg was later set by Samuel Mudd. Mudd was later charged and convicted with assisting Booth and his conspirators, and was sentenced to life in prison. Whether or not he should have been is still being debated by historians to this day.

Despite the assassination of President Lincoln, the Union did not falter like Booth had planned. Booth was shot and killed 12 days after Lincoln’s assassination. Eight other people were charged in the conspiracy, four of them to prison, the other four were hanged.

Andrew Johnson became president after Lincoln died around 7:00 a.m. on the morning of April 15. Johnson led the country through the beginnings of the Reconstruction period, and helped pass laws (and Constitutional Amendments) that began the long road towards a healed nation.