This Day In History: Henry Ford Introduces The Assembly Lines Into His Factory (1913) 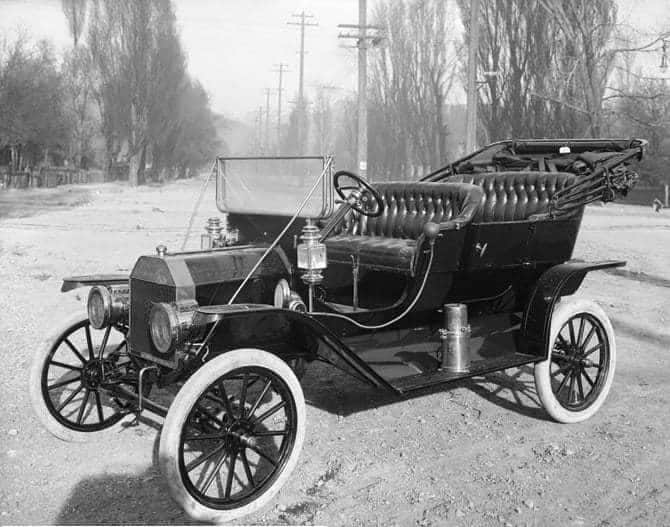 This Day In History: Henry Ford Introduces The Assembly Lines Into His Factory (1913)

On this day in 1913, Henry Ford revolutionized the manufacture of automobiles. Ford hit upon a brilliant line he installs a moving assembly line to enable the mass production of cars. His innovation was able to reduce the time it took for a car to be built from more than 12 hours to just under three hours. Ford had introduced the hugely successful Model T in 1908. It was simple and reliable and the public loved it. However, Henry Ford had a vision; he wanted all Americans, not just the rich to be able to purchase a car. He wanted to mass-produce cars for the in his own words the â€˜multitude’.

However, he was also a businessman and he could not give his cars away. The only way he could produce inexpensive cars and still make a profit was to build cars at a very low cost and in high volume. Ford had been improving his factories’ productivity for years. He had broken down the assembly process that greatly speeded up the production of cars. For example, he put the partially assembled auto on skids and it was dragged down the line so that the workers could add more parts to it. Ford broke down the assembly of the care into 84 steps. He later hired the industrial expert Frederick Taylor to make his production line more efficient. He introduced techniques such as time and motion to make the process even more efficient. Ford also invested in new machinery and he purchased machines that could stamp machine parts automatically. He also made sure that his workers were well-disciplined and that they were always busy. Ford was a very demanding boss!

Ford’s most important innovation was the assembly line. Based on the continuous flow model that had long been used in the butchering of animal carcasses and also in flour mills. Ford installed moving lines that automatically moved parts. The first assembly line was operated by a pulley-powered conveyor belt, only later were mechanized. On this day he introduced a moving assembly line for his chassis assembly line.

In February, the following year, the first mechanized assembly line was introduced and it operated at the speed of six feet a minute. This helped to speed up the production of cars greatly. It allowed Ford to build cars at an unprecedented rate at his plants in Detroit. Ford was able to sell more cars as his cost-saving measures and innovations had made automobiles more affordable for ordinary people. The Model T was the first car that was widely used by people from all classes. This, in turn, caused something of a social and economic revolution in America.

Ford – The Moving Assembly Line And The Five-Dollar Workday