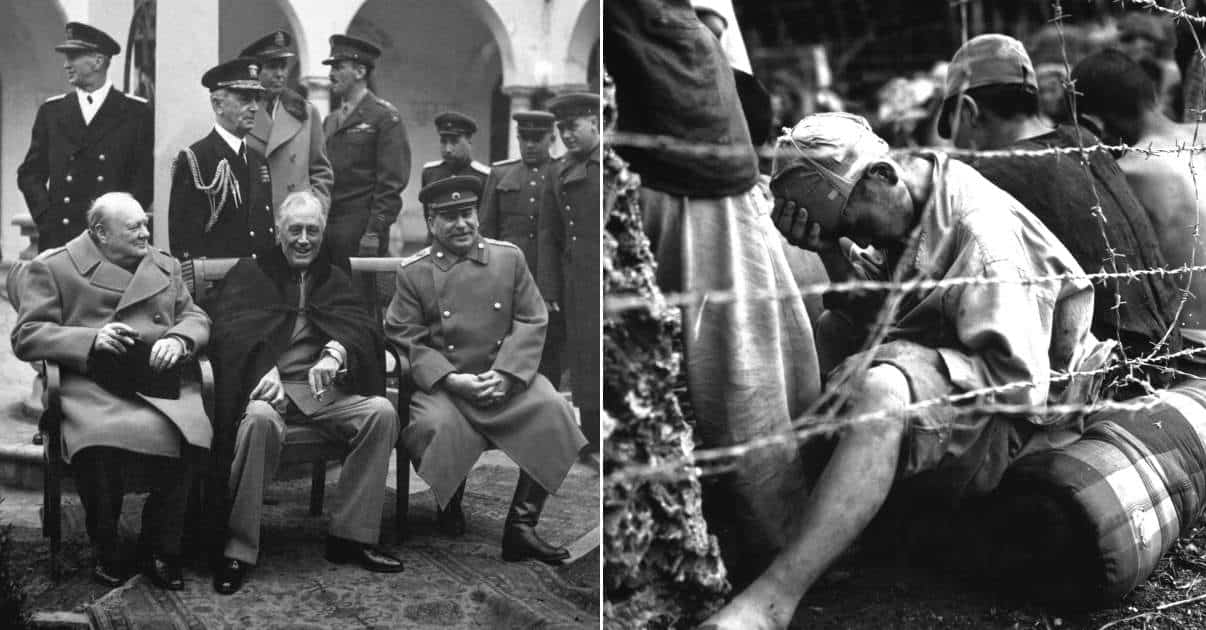 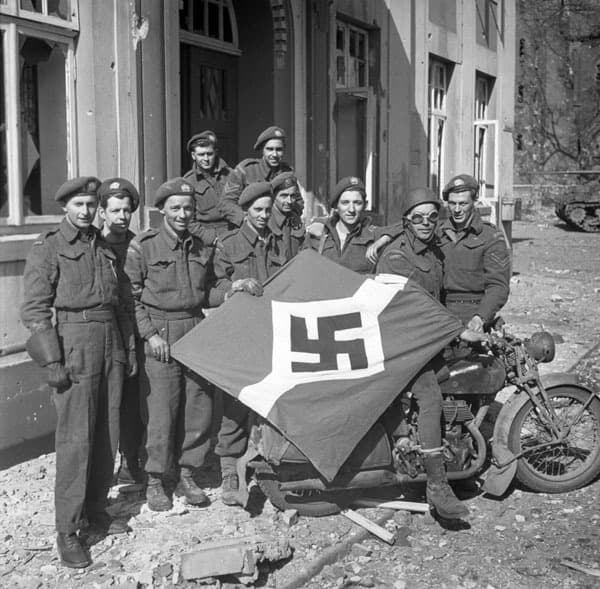 4. Canadian soldiers razed the German city of Friesoythe after the death of their commander in battle

In the closing days of the Second World War, on April 14, 1945, the Canadian Argyll and Sutherland Highlanders engaged German paratroopers in battle at the town of Friesoythe in northwestern Germany. Although ultimately victorious, during the fighting a small group of German soldiers flanked the Canadian positions and attacked the tactical headquarters of Lieutenant Colonel Frederick Wigle, a popular battalion commander of the Argyll and Sutherland Highlanders; after Wigle was killed in action by this maneuver, an incorrect rumor begun circulating among the surviving Allied soldiers that he was murdered by a German sniper in civilian clothing in violation of the rules of lawful engagement.

Incensed by the death of a popular officer and friend in such a presumed fashion, Major General Christopher Vokes reported to his superiors that Wigle was “sniped in the back” and that “I’m going to raze that goddam town”. Although the Allied soldiers had already begun burning Friesoythe in a spontaneous act of revenge, Vokes issued a formal order to “level the f*****g place” but “get the people the hell out of their houses first”. Using a combination of flamethrowers, Molotov cocktails, and grenades, over the next eight hours the city previously home to 4,000 German civilians was systemically destroyed; celebrated by the Allied soldiers, the war diary of the 4th Canadian Armoured Brigade proudly recorded that “when darkness fell Friesoythe was a reasonable facsimile of Dante’s Inferno”. It is estimated between 85-90 percent of the city was destroyed during the misguided reprisal, with a Canadian nurse writing a few days later that the only building left standing was a convent on the edge of the town.

A chamber containing the remains of victims from the Kočevski Rog Massacre. Reuters.

3. Yugoslav Partisans were responsible for the executions of tens of thousands in the aftermath of the World War II

As previously mentioned, as part of the war settlement millions of persons were forcibly “repatriated” back to their former homelands; among these were thousands of individuals who had collaborated during the Nazi occupation and fled the advance of the Red Army. Upon their return, these people, encompassing but not limited to the Slovene Home Guard, non-Slavic collaborators, and Axis soldiers, along with their families, were systemically executed without formal charge or trial by Yugoslav Partisans. In total it is believed at least 70,000-80,000 people were killed in Yugoslavia following the Bleiburg repatriations, although this number remains difficult to confirm as discussion of the massacres remained strictly forbidden until after the fall of the Soviet Union and the locations of mass graves are still being identified.

One such massacre was the Kočevski Rog massacre, occurring in late May 1945. In the wake of the armistice, the British repatriated more than 10,000 Slovene collaborators who had sought to retreat alongside the Germans. Under the oversight of Yugoslav leader Josef Tito, a close ally of British Intelligence during the war, an estimated 30,000-55,000 individuals, mostly former POWs, were summarily executed and buried in mass underground chambers sealed with explosives.

Similarly, the Barbara Pit massacre of May and June 1945 saw the mass executions of former collaborators, soldiers, and civilians by the 3rd Brigade of the Slovenian KNOJ (People’s Defense Corps of Yugoslavia) following the repatriations of supposedly displaced persons. Accounts of the massacre depict groups of 5-6 prisoners tied together with wire being forced to kneel above a mine shaft and systemically shot in the head; other accounts describe groups of 20-30 prisoners thrown in alive, with hand grenades dropped into the shaft after them. The entrances were enclosed in 400 cubic meters of concrete, preventing those still alive from escaping their eventual tombs. As of October 2017, 1,416 victims have been exhumed and reburied, although the total number is believed to be much higher. 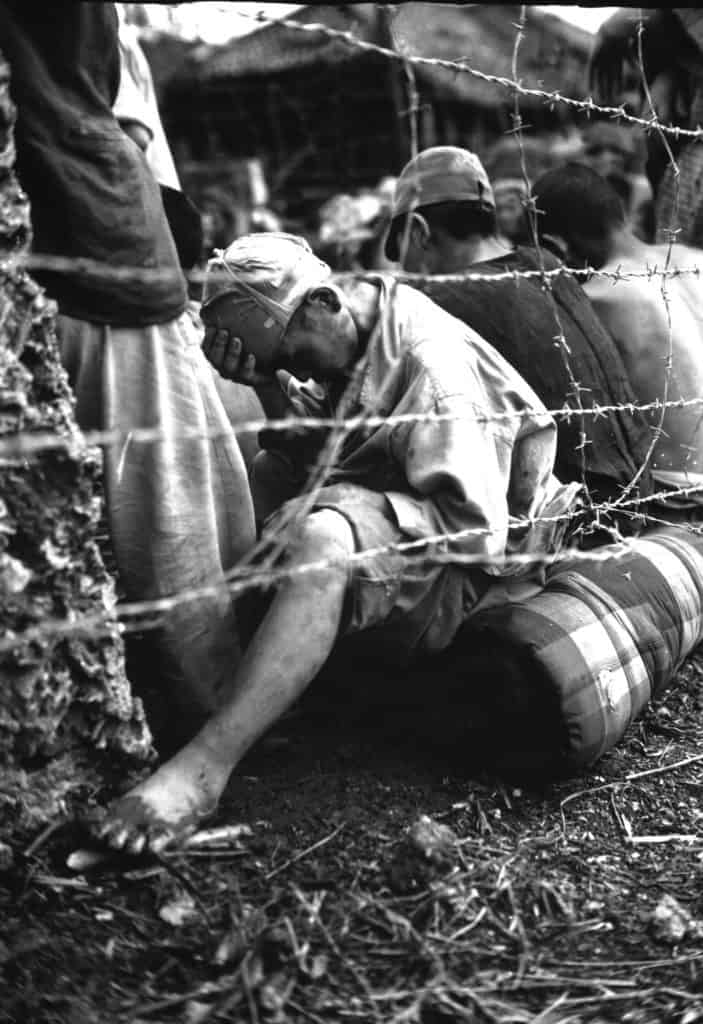