Disturbing Photographs from Inside the Japanese Internment Camps 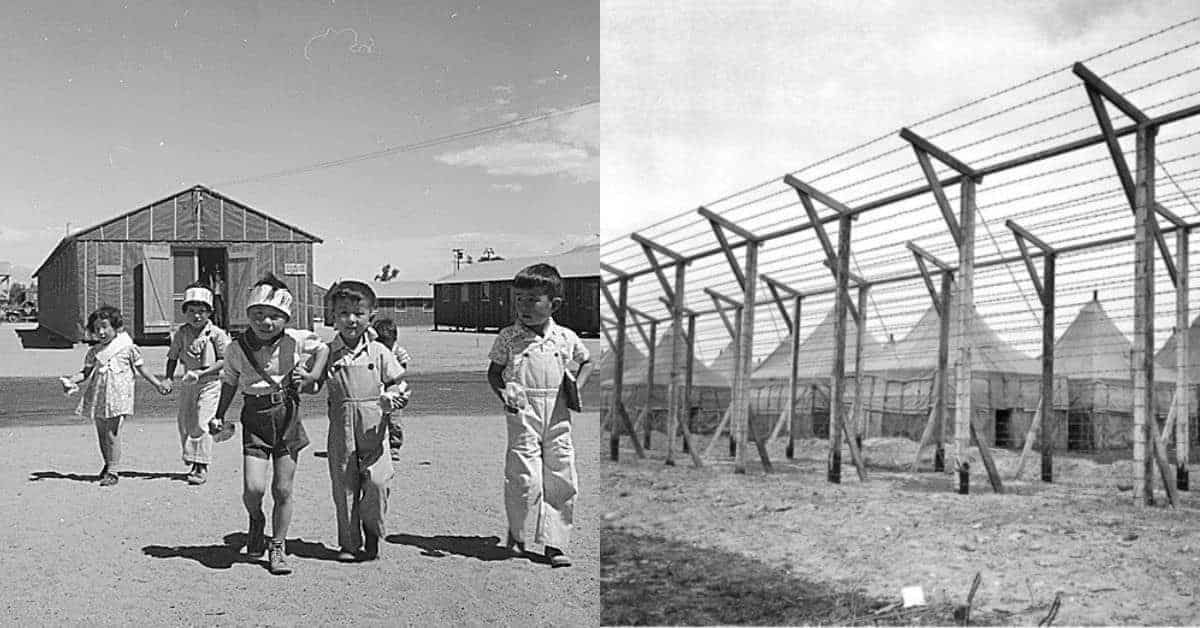 Disturbing Photographs from Inside the Japanese Internment Camps

The internment of Japanese Americans during World War II was the forced relocation and incarceration of between 110,000-120,000 people of Japanese ancestry. 62 percent of the internees were United States citizens.

The Niihau Incident in December 1941, just after the Japanese attack on Pearl Harbor when three Japanese Americans on the Hawaiian island of Niihau assisted a Japanese pilot who had crashed there. Magic, the allied cryptanalysis project to decipher enemy codes, intercepts discussed the development of a potential spy network among Japanese Americans. These revelations were used as a factor in the rationale for the controversial executive order.

President Franklin D. Roosevelt enacted Executive Order 9066 on February 19, 1942, which created ‘military areas’ from which ‘any or all persons may be excluded.’ This authority was used to declare that all people of Japanese ancestry were excluded from the West Coast, including all of California and parts of Oregon, Washington, and Arizona, except for those in government camps. Approximately 5,000 Japanese Americans voluntarily relocated outside the exclusion zone but the majority of nearly 130,000 Japanese Americans were forcibly relocated from their West Coast homes during the spring of 1942.

In June of 1942, the Japanese Imperial Army invaded and occupied the Aleutian Islands on the Alaskan panhandle. They occupied the land for over a year.

On December 18, 1944, the Supreme Court ruled that the removal of Japanese citizens from the West Coast was constitutional and that eviction of U.S. citizens in the name of military necessity is legal, but that the citizens could not be detained on suspicion alone. Nine of ten camps were closed by the end of 1945. The Tule Lake camp, which held those scheduled for deportation, was not closed until March 20, 1946.

Many internees lost irreplaceable personal property. Seven Japanese Americans were shot and killed by guards. To compensate former internees for their property losses, the US Congress passed the American Japanese Claims Act in 1948. The Japanese American families filed for $148 million in claims request; about $37 million was approved and distributed.

On February 24, 1983, the Commission on Wartime Relocation and Internment of Civilians published a report entitled Personal Justice Denied, condemning the internment as unjust and motivated by racism and xenophobia rather than factual military necessity The Commission recommended that $20,000 in reparations be paid to Japanese Americans who suffered internment, totaling in $1.6 billion.